Carpio: Can public funds be used for Marcos burial?

Aug 31, 2016 4:03 PM PHT
Patty Pasion
Facebook Twitter Copy URL
Copied
'When President Marcos was ousted, he was removed as a president and was also removed as commander-in-chief,' Carpio says during oral arguments at the Supreme Court 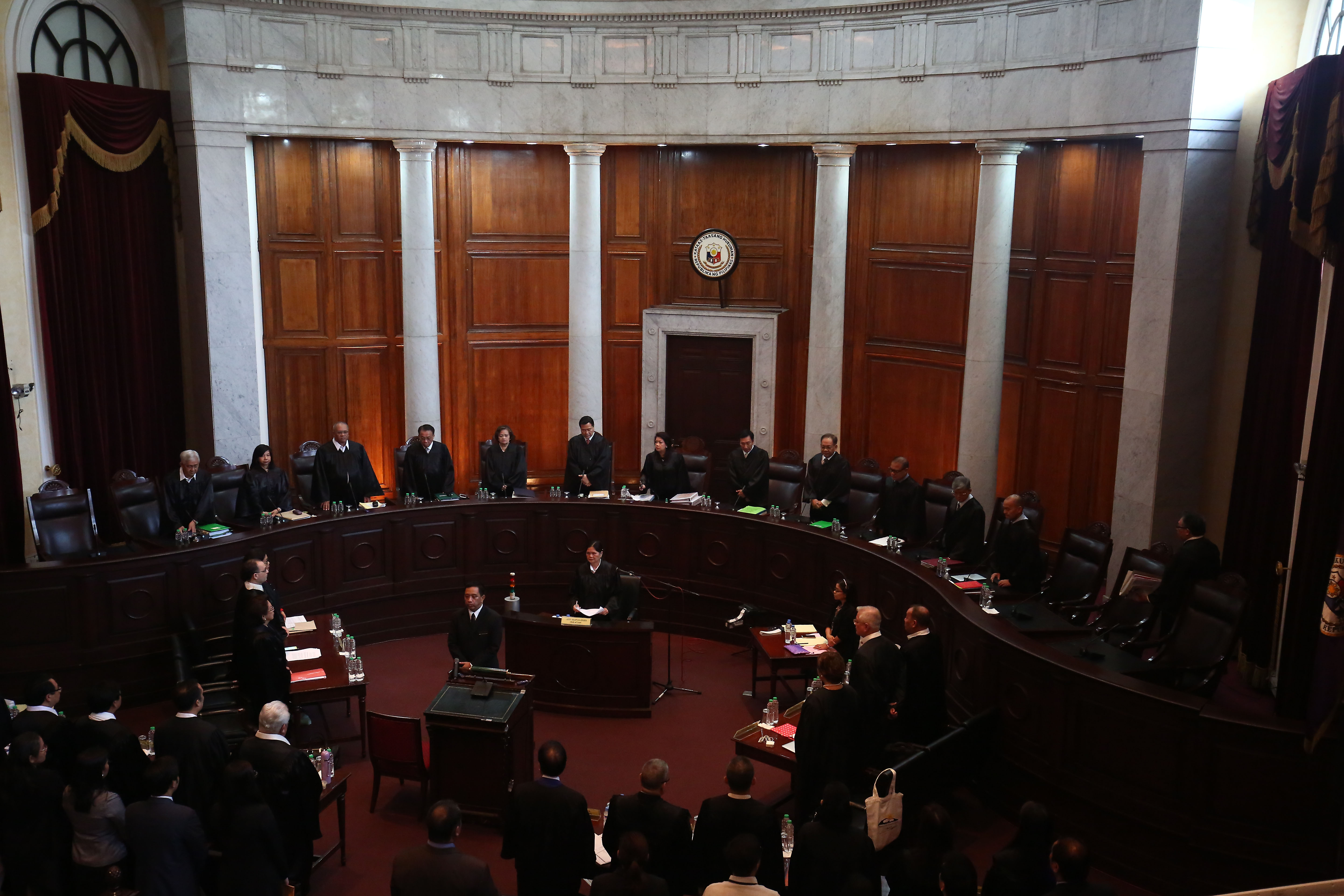 During his interpellation of former Bayan Muna Representative Neri Colmenares, also a petitioner, Carpio pointed out that as president, Marcos also served as Armed Forces of the Philippines (AFP) commander-in-chief – the highest military commander.

“When President Marcos was ousted, he was removed as a president and was also removed as commander-in-chief,” Carpio said.

In 1986, when Marcos was ousted from office by a People Power revolt, he was removed both as president and commander-in-chief. Carpio pointed out that he was removed by a “sovereign act of the people,” which is higher than the “act of a military tribunal or civilian administrative tribunal.”

Carpio said that a burial at the Libingan ng Mga Bayani, a national shrine, would entail the use of public funds and public property.

“If you bury somebody [who is] dishonorably discharged, are you using funds for private or public [purpose]?” he asked. Carpio asked what “public good” is served.

Problem is the name

Associate Justice Teresita de Castro, for her part, said that the core of the issue on the burial of Marcos lies in the very name of the cemetery.

“A lot of controversy arises [from] the term ‘Libingan ng mga Bayani’ when [actually] not all buried there [are] heroes,” De Castro said during the Supreme Court (SC) oral arguments Wednesday.

“Who decides who is bayani (hero)?” she asked.

She stressed that there is actually “no system of determination who are heroes and [who] are not,” which is a big challenge for the court.

De Castro asked the petitioners to convince the justices that only heroes must be buried at the national shrine when its basic purpose is to honor “those who served [the country] in war and in peace time.”

De Castro was among the justices who sought concrete and technical support for the need to stop the interment of the late dictator. These include laws, regulations and statutes. (READ: Duterte: Marcos ‘not a hero’ but ‘law’ allows burial at Libingan)

Caguioa said that the NHCP report did not mention the Medal of Valor that the AFP conferred on the late strongman. He stressed that the prestigious award is among the qualifications the AFP has set to qualify for a military interment at the Libingan.

Lawyer and former Akbayan Representative Ibarra Gutierrez, who is representing former Human Rights Chair Etta Rosales and other Martial Law victims, admitted that the NHCP did not mention the Medal of Valor but pointed out that the NHCP is the final arbiter of historical controversies.

Caguioa also asked petitioner Albay First District Representative Edcel Lagman if Marcos’ acts can be distinguished between those of a soldier and a civilian since when he was president, Marcos was no longer a soldier.

Lagman responded that the former president’s acts as a “civilian president” nullified his status as a soldier. (READ: SC orals on Marcos burial: Issues and answers)

Meanwhile, Justice Jose Perez said that President Rodrigo Duterte’s decision to allow the burial is in fact an election issue, as one of the cases’ facts stated by the petitioners.

“Can we not say that the electorate allowed the burial of Ferdinand Marcos?” Perez asked, pointing out that when they voted for Duterte, the electorate gave him full discretion on the issue of the Marcos burial.

Colmenares responded, saying that the Court decides on constitutional issues, and not political issues. He also said that all election promises are “justiciable” issues and cannot be disregarded by the Court just because Duterte won.

Two justices were absent from the oral arguments, leaving 13 to hear the arguments presented in 6 cases filed before the High Court.

The 4 justices, including Justice Estela Bernabe, were the first batch to ask the petitioners during Wednesday’s proceedings.

Later in the morning, Chief Justice Maria Lourdes Sereno and Justice Marvic Leonen briefly asked Ombudsman Conchita Carpio Morales who was invited as a resource person. Morales, who had to leave early to attend an awarding ceremony in Pasay City, said that the cases against the former first lady Imelda Romualdez Marcos have no bearing on the burial of the former president. – Rappler.com