Congressmen on DSWD’s ‘anti-padrino’ memo: We hold the money 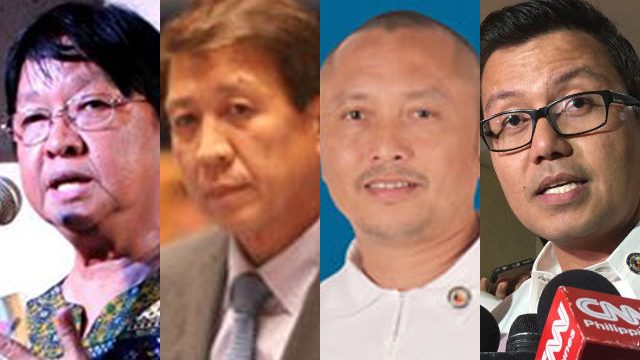 MANILA, Philippines – Department of Social Welfare and Development (DSWD) Secretary Judy Taguiwalo elicited protests from lawmakers regarding her memorandum that essentially weakens endorsement letters from politicians in identifying beneficiaries for its assistance program.

In the memo, the DSWD chief reminded the department’s staff that referral letters “from individuals, groups of individuals, or organizations, including public officials whether national or local executives, legislators, members of the judiciary, or constitutional commission” are “not integral” to identifying the beneficiaries of its Protective Services Program (PSP).

Fariñas, who opened Thursday’s briefing, reminded the secretary of the House’s sole power of the purse.

Fariñas also raised concern over Taguiwalo’s order in the memorandum that PSP funds may only be released at DSWD regional offices – an attempt to protect department staff from threats.

“For example, in Ilocos Norte, there is a municipality, Adams, which is two and a half hours away from the capital. If people would go to the regional capital in San Fernando, La Union, it would take another 6 hours,” the Ilocos Norte representative said.

“Kawawa po ‘yung taga-Adams at ako rin po, kawawa, kasi sumasakay sa Fariñas Transit dahil libre po ‘yan,” he said, referring to the bus line owned by his family. (The people of Adams would be in a difficult position. I, too, will be at the losing end because they ride the Fariñas Transit for free.)

Garbin said the congressmen are the first ones their constituents go to when they are in need of assistance. He also said that the memorandum likens their referrals to being unconstitutional because it was linked to the Supreme Court’s ruling on the Priority Development Assistance Fund (PDAF) or pork barrel.

Taguiwalo earlier said that the directive upholds the High Court’s 2013 ruling that pork barrel is unconstitutional.

Garbin said the order seems to disconnect them from their partnership with the DSWD in helping constituents.

But Taguiwalo responded, in a mix of English and Filipino, “There is no reason for us to be disconnected.”

“We have regional offices; they can coordinate with you with the referrals. But there are people who have the similar needs but do not have access to your referrals. We want to serve them also,” she added.

Meanwhile, Teves challenged Taguiwalo on who knows the plight of the people the best.

DSWD Region V Director Arnel Garcia answered that question, saying it is the social workers who assess the applicants for the benefits. Bicol is among the poorest regions in the country.

“Sobrang dami ng mahihirap sa bansa (There are a lot of poor people in the country). We don’t need to argue about who should be helping who,” Taguiwalo also responded.

“The only issue here is if you have money for us or none,” she asserted.

But Teves pressed that the money is not the DSWD’s but of the people. “The bottomline is it’s the people’s money. What I’m saying is that we are just helping.” – Rappler.com