After Davao blast, AFP on heightened alert in Metro 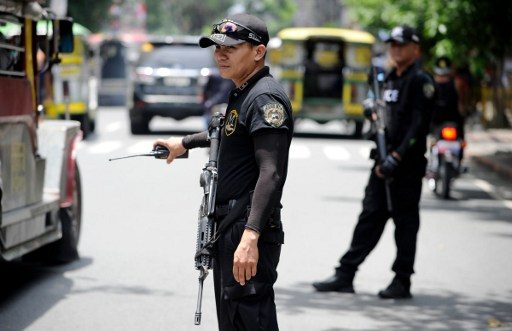 MANILA, Philippines – The Armed Forces of the Philippines (AFP) is on heightened alert in Metro Manila, following the September 2 blast in Davao City that killed at least 14 and wounded more than 60.

“Because of what happened in Davao, there is a possibility that Manila will be hit, but it’s only a possibility,” Domines added.

The joint task force will meet in a coordinating conference on Saturday afternoon to consolidate all intelligence of both AFP and the Philippine National Police (PNP).

“NCR is covered by the PNP, so with what happened to Davao, maybe starting after this conference this afternoon, we’ll be joining them in patrols. Dati walang sundalo na nagpa-patrol sa streets ng Manila,” he explained. (Before, soldiers did not join street patrols in Manila.)

President Rodrigo Duterte on Saturday declared a “state of lawlessness” in the country. It simply means more soldiers and policemen will now be deployed, government will set up more checkpoints, and impose, if needed, curfew in certain areas. It is the mildest of the 3 commander-in-chief powers of the President granted by the Constitution.

According to Domines, the joint task force is prepared to be deployed anytime.

He urged the public not to be scared and to report anything unusual or abnormal with the community to the proper authorities.

“Once we get scared, once people panic, the terrorists have already succeeded in their goal,” Domines said.

AFP is already mobilizing around 400 personnel that will be under the JTF-NCR, according to the joint task force’s Civil-Military Operations Officer Lieutenant Colonel Warden Zamora.

He said the task force will identify risk areas in Metro Manila, and if deemed necessary, they will request forces to strengthen security in airports, seaports, terminals along Metro Manila, and other important establishments. – Rappler.com