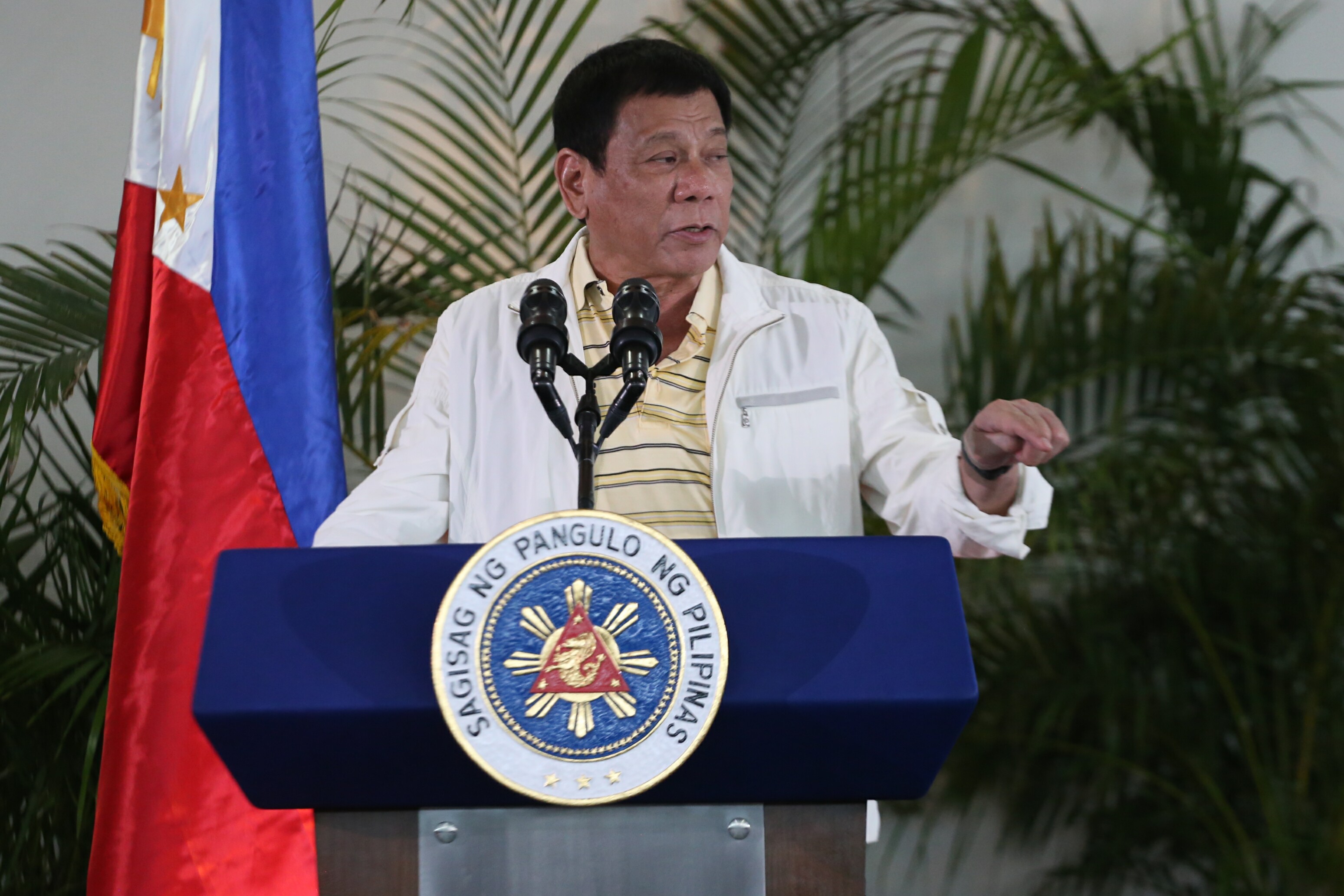 The President had declared a state of lawlessness on Saturday, September 3, a day after the Davao City blast that left 14 people dead and dozens injured.

Duterte signed the one-page proclamation before boarding his plane to Laos on Monday afternoon in Davao City. (READ: ASEAN Summit 2016: What Duterte will do in Laos)

The document proclaims a “state of national emergency on account of lawless violence,” said Communications Assistant Secretary Chris Ablan as he explained key points of the proclamation to Palace reporters in Manila.

Through the proclamation, Duterte ordered the Armed Forces of the Philippines (AFP) and the Philippine National Police (PNP) to ensure two things.

“It commands the AFP and PNP to undertake measures permitted by the Constitution and laws to, number one, suppress all forms of lawless violence in Mindanao and number two, prevent lawless violence from spreading and escalating elsewhere with due regard to fundamental and civil political rights,” said Ablan.

The proclamation “shall remain in force until lifted or withdrawn by the President.”

Medialdea said the President’s basis for declaring the state of lawlessness was the recent acts of terrorism in the country.

(The recent incidents, the escape of terrorists from prisons, the beheadings, then eventually what happened in Davao. That was the basis.)

Medialdea was speaking of the recent escape of members of the local terrorist Maute group from a Lanao del Sur prison, the beheading of Abu Sayyaf hostages, and the deadly explosion in Davao City last Friday.

“The Constitution does not require a time limitation. This is not like martial law with a 60-day limitation,” Medialdea said in a mix of English and Filipino.

The proclamation does not specify the imposition of curfews, added Medialdea. (READ: No curfew under ‘state of lawlessness’ – DND chief)

Apparently, Duterte had wanted a specific provision taken out of the proclamation but Medialdea said this provision was only seen in one of the drafts. It has been taken out in the final document.

Malacañang has yet to release the official proclamation but Medialdea said it will likely be released on Tuesday, September 6. – Rappler.com