Duterte’s wisdom on Marcos burial ‘beyond ambit of judicial review’ 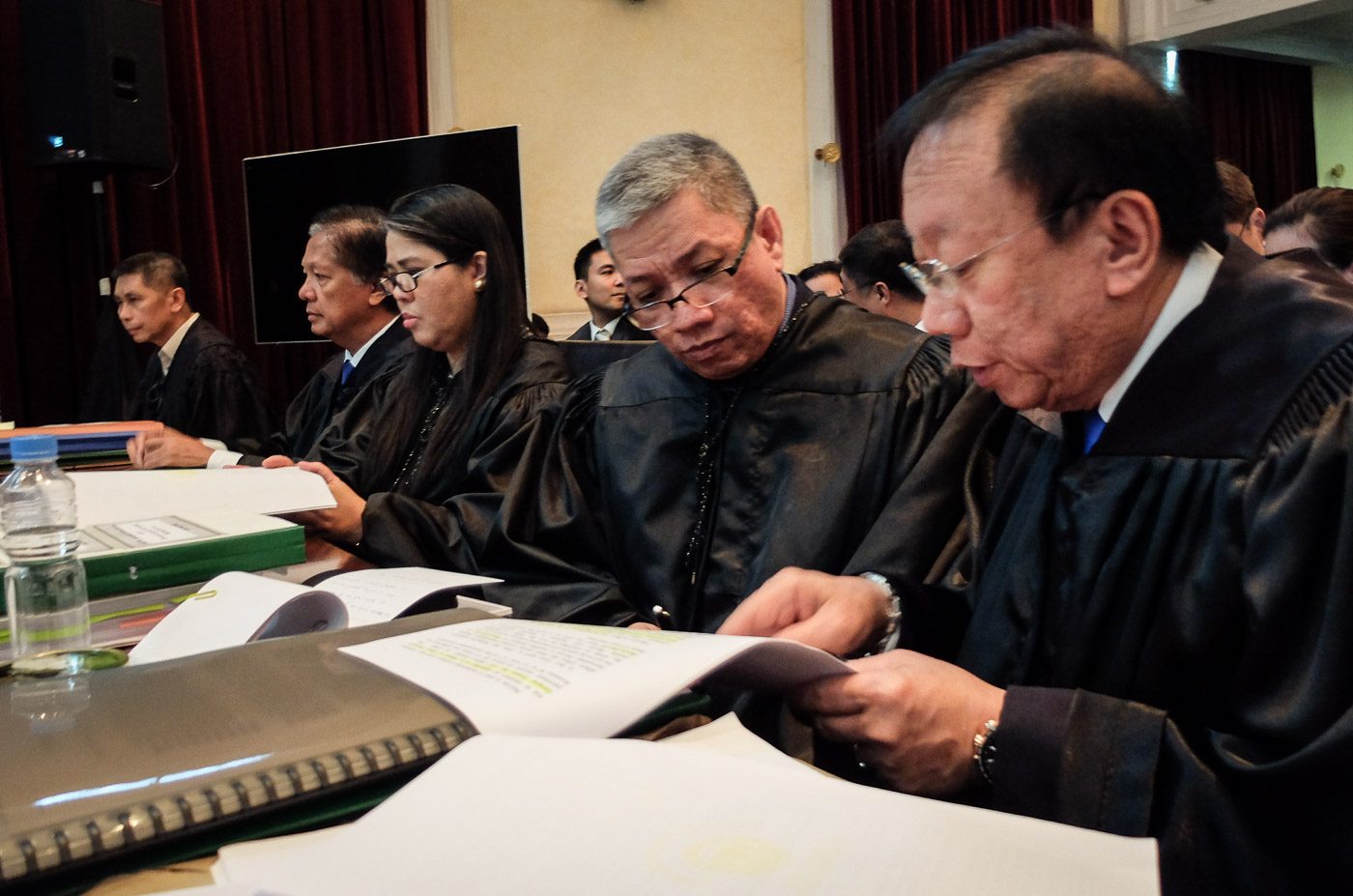 Facebook Twitter Copy URL
Copied
Solicitor General Jose Calida says President Duterte's decision to have a hero's burial for the late strongman is for national healing, comparable to his declaration of a unilateral ceasefire with communist rebels

MANILA, Philippines – Solicitor General Jose Calida said there was no grave abuse of discretion when President Rodrigo Duterte threw his support for a hero’s burial for the late strongman Ferdinand Marcos at the Libingan ng mga Bayani.

Calida told the Supreme Court (SC) that the controversy surrounding Marcos’ burial should be more concerned about the “wisdom and propriety” of Duterte’s “well-meaning desire” for national healing.

“It is a question of policy. It is concerned with issues dependent upon the wisdom, not legality, of a particular measure,” Calida said on Wednesday, September 7, during the second round of oral arguments at the SC. (Read updates here: Live: SC oral arguments on Marcos burial at Libingan ng mga Bayani)

“We respectfully submit that this controversy is beyond the ambit of judicial review as it involves in the intrusion into the executive wisdom behind the interment of Marcos at the Libingan,” he added.

The Solicitor General, the government counsel, added that Duterte’s wisdom of interring Marcos at the Libingan is a “political question.”

“That a mere existence of a controversy will not authorize the exercise of the courts of its power of review. And each [case] submitted to this powerful court must be susceptible of judicial determination. Hence, excluded from judicial review are questions of policy and wisdom, otherwise referred to as political questions,” he said.

Duterte previously said he is not arguing whether or not Marcos is a hero but is only seeking to uphold the “law” that allows Marcos’ burial there because he is a former president and soldier.

The Department of National Defense said that as per the rules of the Armed Forces of the Philippines (AFP), Marcos can be buried at the Libingan ng mga Bayani because he was a former president, soldier, defense secretary, and war veteran.

This, despite the National Historical Commission of the Philippines’ position to the contrary, backed up by US military files showing that the late dictator’s stint as a World War II soldier was “fraught with myths, factual inconsistencies, and lies.”

Calida also said that Duterte’s support for a hero’s burial for Marcos is part of his desire to begin the “long overdue healing of our nation.”

He compared the move with the government’s declaration of a unilateral ceasefire with the Communist Part of the Philippines and the granting of temporary liberty to political prisoners so they could participate in the peace negotiations in Oslo, Norway.

Calida also said that a hero’s burial for Marcos was a campaign promise of Duterte, who won by a landslide vote in the May 2016 elections with 16,601,997 votes.

In his interpellation of the Solicitor General, Justice Marvic Leonen acknowledged that the said figure constitutes 38.99% of the voting population.

But Leonen said this cannot be considered a majority of Filipinos because 61.01% of the voting population still decided not to vote for Duterte. – Rappler.com