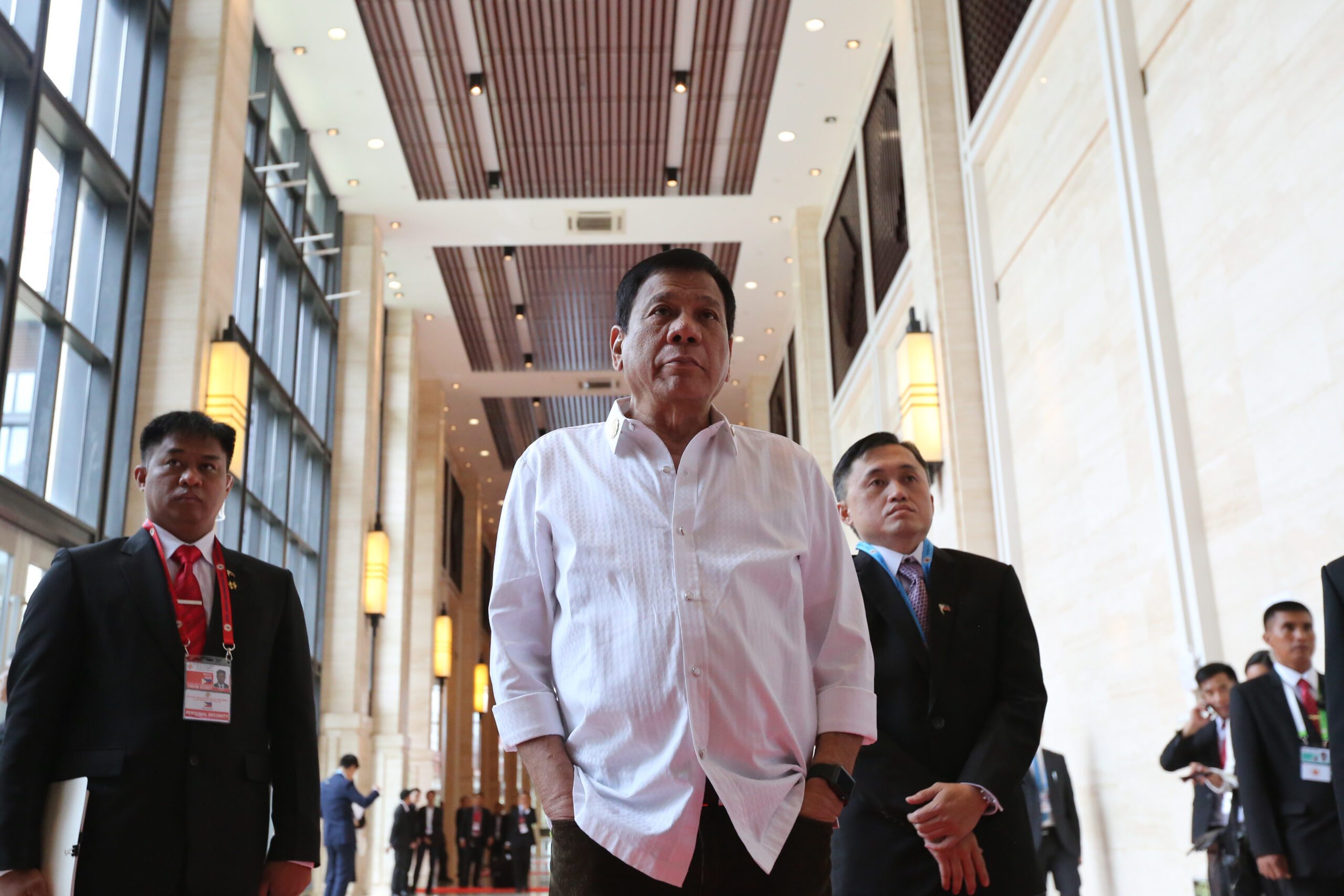 Facebook Twitter Copy URL
Copied
Duterte says the Philippines must 'insist on the time-honored principle of sovereignty, sovereign equality, non-interference and the commitment of peaceful settlements of dispute'

MANILA, Philippines – Following an international debut that saw him hounded by diplomatic issues, President Rodrigo Duterte on Saturday, September 10, said that the Philippines will be pursuing an “independent foreign policy” under his administration.

Duterte made the remarks upon his arrival in Davao City, after his trips to Laos for the ASEAN summit and a working visit to Indonesia.

“In our relations to the world, the Philippines will pursue an independent foreign policy. We will observe and must insist on the time-honored principle of sovereignty, sovereign equality, non-interference and the commitment of peaceful settlements of dispute that will serve our people and protect the interests of our country,” Duterte said. He did not elaborate on the details.

The President has made both local and internationl headlines in recent days, after making expletive-laden comments that he later said were wrongly interpreted by media as being directed at US President Barack Obama.

While Duterte later said that he “regretted” that his comments came across as a personal attack, he slammed the US for its atrocities against Filipinos back when the Philippines was still under US colonial rule.

The President had also drawn criticism for insulting other leaders and institutions, such as the United Nations, for allegedly interfering with the Philippines’ affairs, particularly in condemnation of the bloody war against drugs that has seen hundreds killed.

Speaking to the reporters in Davao, Duterte said that he now wants to be at peace with everybody.

“I do not want to pick a fight with any nation now,” he said.

On the China dispute and Mary Jane Veloso

Recounting his activities during his international trips, Duterte said that he had separate meetings at the sidelines of the ASEAN summit with Japan, Laos, New Zealand, Russia, Singapore and Vietnam, where he “shared [his] vision of partnership and mutual trust and respect,” and thanked them for hosting Filipino workers in their countries.

Responding to questions about the South China Sea dispute, Duterte said that it had been a shared concern.

“Everyone was concerned about the China issue. I assured everybody that there were only two options: go to war and pick a fight which we could not afford at all, or we have a talk,” he said.

He added,” We were very consistent that we can only talk about this issue in peace, and we avoid challenging expressions of anger, because you cannot solve this problem with anger.”

Veloso is the Filipina on death row, accused of smuggling heroin in 2010.

Duterte, however, did not provide details of his meeting with Widodo, saying that he was not at liberty to divulge details and would talk to Veloso’s family first. – Rappler.com