Duterte: US troops should stay out of Mindanao

Sep 12, 2016 5:34 PM PHT
Pia Ranada
Facebook Twitter Copy URL
Copied
'I do not want a rift with America but they have to go,' says President Duterte 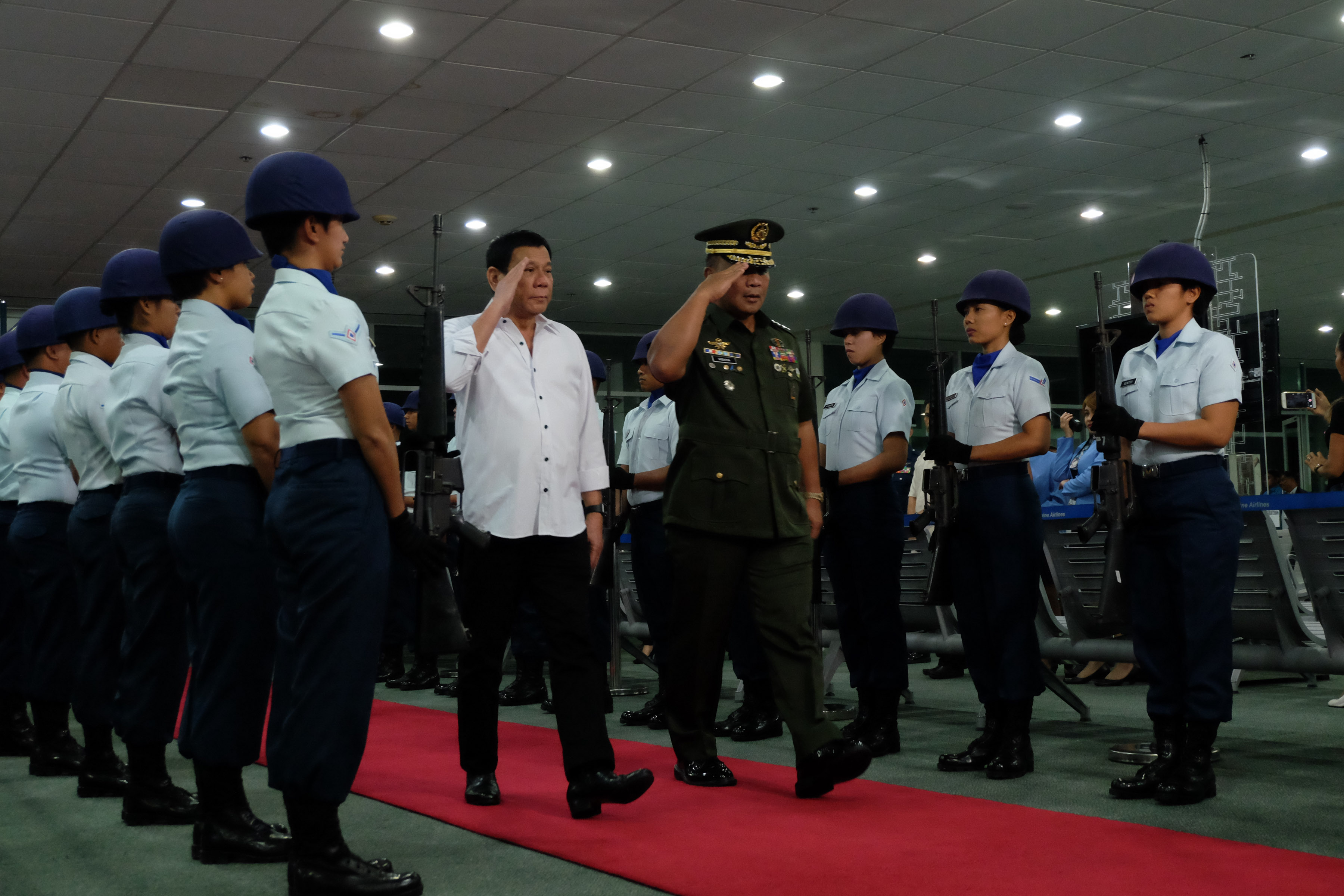 MANILA, Philippines – President Rodrigo Duterte said he does not want the presence of US Special Forces in Mindanao.

Duterte said this after presenting images of United States operations in Mindanao at the start of the 20th century in which American troops were bent on pacifying Moro rebels. The President showed images from a “US archive” of US soldiers violently killing Moro rebels.

After mentioning the US “special forces,” Duterte said he has long wanted to “review foreign policy.”

“‘Di ko lang masalita noon (I just couldn’t say so) out of respect or I do not want a rift with America but they have to go,” he added.

The Joint Special Operations Task Force-Philippines (JSOTF-P) was a contingent of US troops, including Special Forces, that was set up to fight terrorism in the Philippines in 2002.

But it was deactivated in February 2015. Its mission was “to advise and assist Philippine security forces at the tactical, operational and strategic levels against violent extremist organizations throughout the southern Philippines,” according to the US embassy.

A small group of US soldiers have stayed in the Philippines to help the Philippine military and police in their operations against the Abu Sayyaf and terrorists. Some of them, for example, had helped gather intelligence that led to the Mamasapano operation in 2015 against alleged Malaysian bomb-maker Zulkifli bin Hir alias Marwan, according to high-level government sources. The operation killed Marwan and 44 elite cops.

The US troops have a rotating presence in the region as part of the Enhanced Defense Cooperation Agreement (EDCA) which the Philippine government signed with the US government.

Duterte previously said he would implement the EDCA after the Supreme Court upheld its constitutionality.

‘It will get more tense’

(I didn’t say anything before out of respect or I do not want a rift with American but they have to go. It will get more tense. If they see an American, they will really be killed. They will demand ransom, they will kill them. Even if you’re black or white, as long as you’re American.)

In another part of his speech, Duterte said the US’ violent pacification in Mindanao continues to stir unrest in the southern island.

“Look at the bodies there. Paano tayo, paano mag-hold-up (How will things hold up). For as long as we stay with American, we will hever have peace in that land. We might as well give it up.”

Duterte’s statement on US soldiers comes after the President’s participation at the Association of Southeast Asian Nations (ASEAN) Summit where regional security and anti-terrorism efforts were among the topics discussed.

During the summit, Duterte also came face-to-face with US President Barack Obama who had earlier been one of the subjects of his controversial rant against the US.

Duterte has never hesitated to express his disdain for Western imperialism. When he was Davao City mayor, he had rejected the presence of US troops in his city.

During the ASEAN Summit, Duterte also showed images of US’ violent pacification campaign in Mindanao, a move that “shocked” and left silent a room of diplomats and regional leaders. – Rappler.com