Duterte on Bilibid drug probe: ‘I was correct all along’

Sep 20, 2016 6:33 PM PHT
Pia Ranada
Facebook Twitter Copy URL
Copied
President Duterte says if he were Chief Executive at the height of the Bilibid drug trade during the previous administration, he would have 'declared martial law' 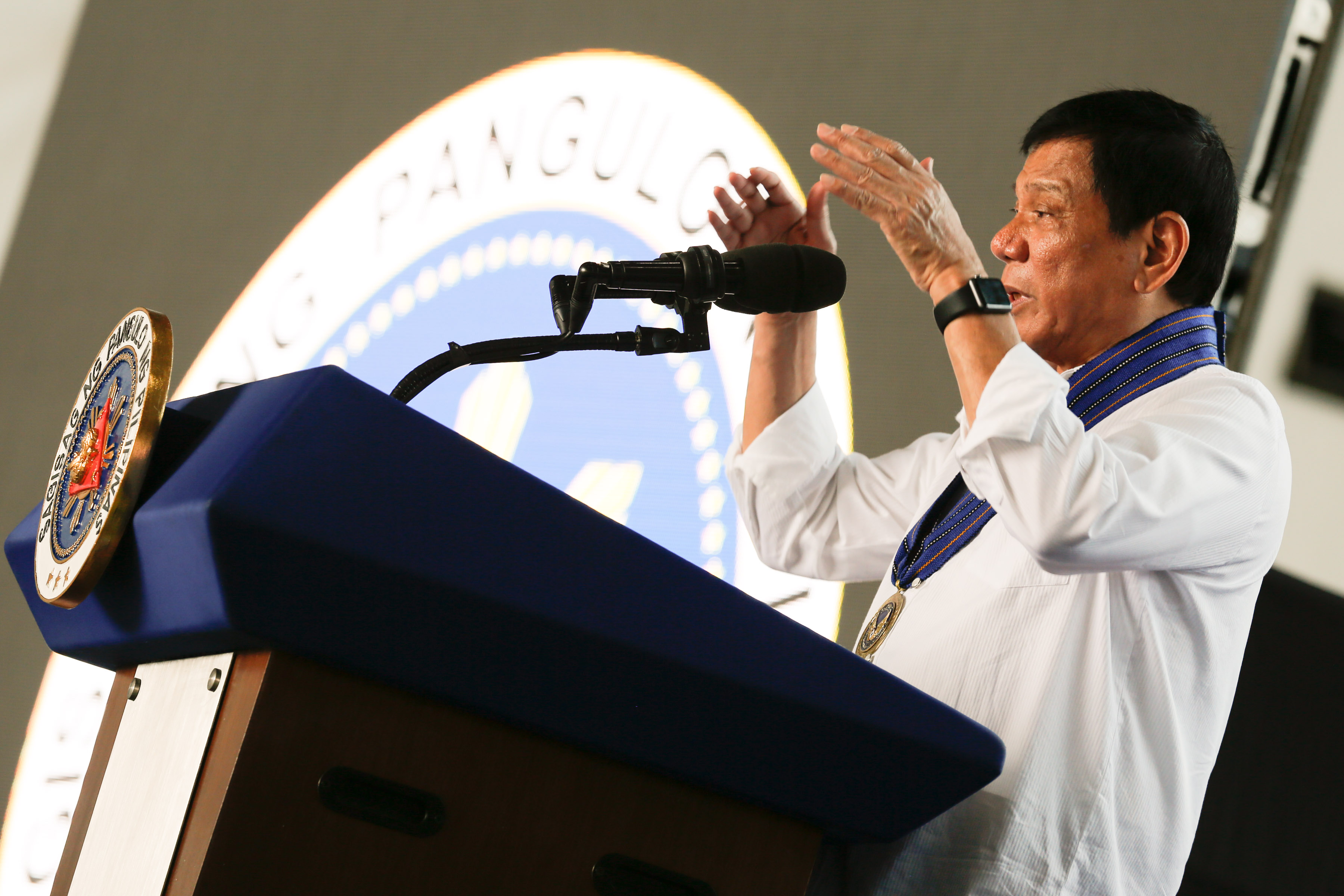 “I was correct all along because I was supplied with the intercept and the matrix,”  Duterte said on Tuesday, September 20, during a visit to a military camp in Compostela Valley.

Duterte was referring to a matrix he had bared to the public which allegedly shows how De Lima “facilitated” the drug trade with NBP officials and former Pangasinan governor now Representative Amado Espino Jr.

The President said he watched the House hearing earlier, where witnesses took turns alleging that De Lima received drug money from operations at the New Bilibid Prison, among them high-profile inmate Herbert Colanggo.

“The investigation is ongoing right now. Lumabas na ngayon lahat sila involved. From the looks of it, tinitingnan ko kanina, it would be unfair to say that De Lima was into drug trafficking but by implication kasi she allowed them, through her driver, pati sila Baraan,” he said.

(It turns out all of them are involved. From the looks of it, I was watching earlier, it would be unfair to say that De Lima was into drug trafficking but by implication she allowed them, through her driver and Baraan.)

In a privilege speech on Tuesday, De Lima countered the allegations at the House probe, saying the witnesses were “pressured and tortured” by the administration to fit the President’s allegations against her.

In Compostela Valley, Duterte did not want to say who supplied him with the matrix and “intercepts” that became the basis of his allegations against De Lima. “Hindi galing sa atin (It did not come from us).”

As early as the 2016 campaign, Duterte was already claiming De Lima should be held responsible for the lavish lifestyles of big-time drug lords in the national penitentiary.

On Tuesday, he said the “revelations” of the House probe showed the lawlessness that reigned in the prison.

In fact, if he were President at the height of the prison drug trade, he would have declared martial law.

“Sa totoo lang, kung ganoon (In truth, if things are like that), if I were president at the time, I would have declared martial law,” said Duterte.

Duterte mentioned martial law on the eve of the anniversary of the declaration of martial rule under the Marcos regime.

Duterte had earlier warned the Supreme Court that he might declare martial law if his war against drugs is hindered.

The President made the comments on developments on the House probe quickly, or before the first hearing ended.

In comparison, Duterte took 4 days to give a reaction to the Senate hearing in which a self-confessed hitman claimed the President ordered extrajudicial killings in Davao City.

Without explicitly confirming or denying the witness’ accusations, Duterte said it’s a crime to lie under oath.

Duterte has said he will not intervene in events unfolding in Congress, saying they involve matters outside his official territory. – Rappler.com