Medialdea issues memo on who can speak for Duterte 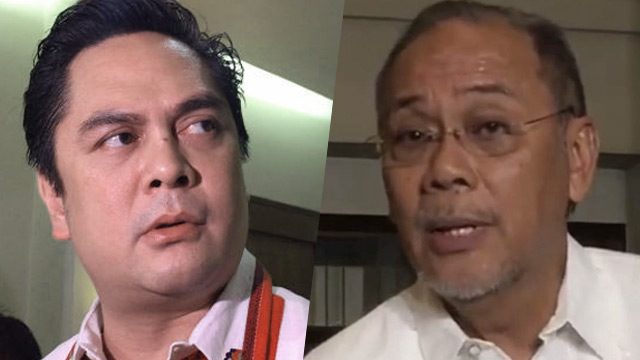 Facebook Twitter Copy URL
Copied
Only Presidential Spokesman Ernesto Abella and Communications Secretary Martin Andanar can speak for the President, according to the memorandum

MANILA, Philippines – Executive Secretary Salvador Medialdea acceded to the request of Communications Secretary Martin Andanar for a memorandum limiting the officials who can speak for President Rodrigo Duterte to the media.

The memorandum, dated September 20, 2016, was addressed to “All members of the Cabinet and Heads of Agencies.”

“Please be advised that official statements of the President on significant national and international issues shall be coursed through and delivered only by the Presidential Spokesperson Ernesto C. Abella or in his absence Presidential Communications Operations Office (PCOO) Secretary Jose Ruperto Martin M. Andanar,” reads the document.

The memorandum stems from “instructions of the President and in accordance with the consensus reached during previous Cabinet Meetings,” it says.

It makes PCOO the office authorized to respond to media on queries relating to Duterte’s statements, policies, official activities, and accomplishments.

Cabinet members, agency heads, and heads of government-owned or controlled corporations are ordered not to give statements to the media “except on matters directly concerning their office or unless clearance has been secured from the PCOO.”

The memorandum comes after the PCOO budget hearing in the Senate during which Senator Franklin Drilon suggested that Andanar ask Medialdea for a memorandum to ensure only official spokesmen speak for Duterte.

Andanar had responded positively to the suggestion and said he would request for the memo right away. (READ: Abella alone can speak for Duterte – Andanar)

Prior to the memo, Cabinet members apart from Abella and Andanar would speak to media about Duterte’s statements. These include Chief Presidential Legal Counsel Salvador Panelo and Peace Process Adviser Jesus Dureza.

The number of “Duterte spokesmen” has led to confusion, observed Drilon and Senator Panfilo Lacson.

The confusion has reflected badly on the performance of Andanar’s agency which some netizens have taken to calling the “Presidential Miscommunication Office.”

Andanar has said he has taken such criticism to heart and has promised to streamline the Palace communication strategy. – Rappler.com