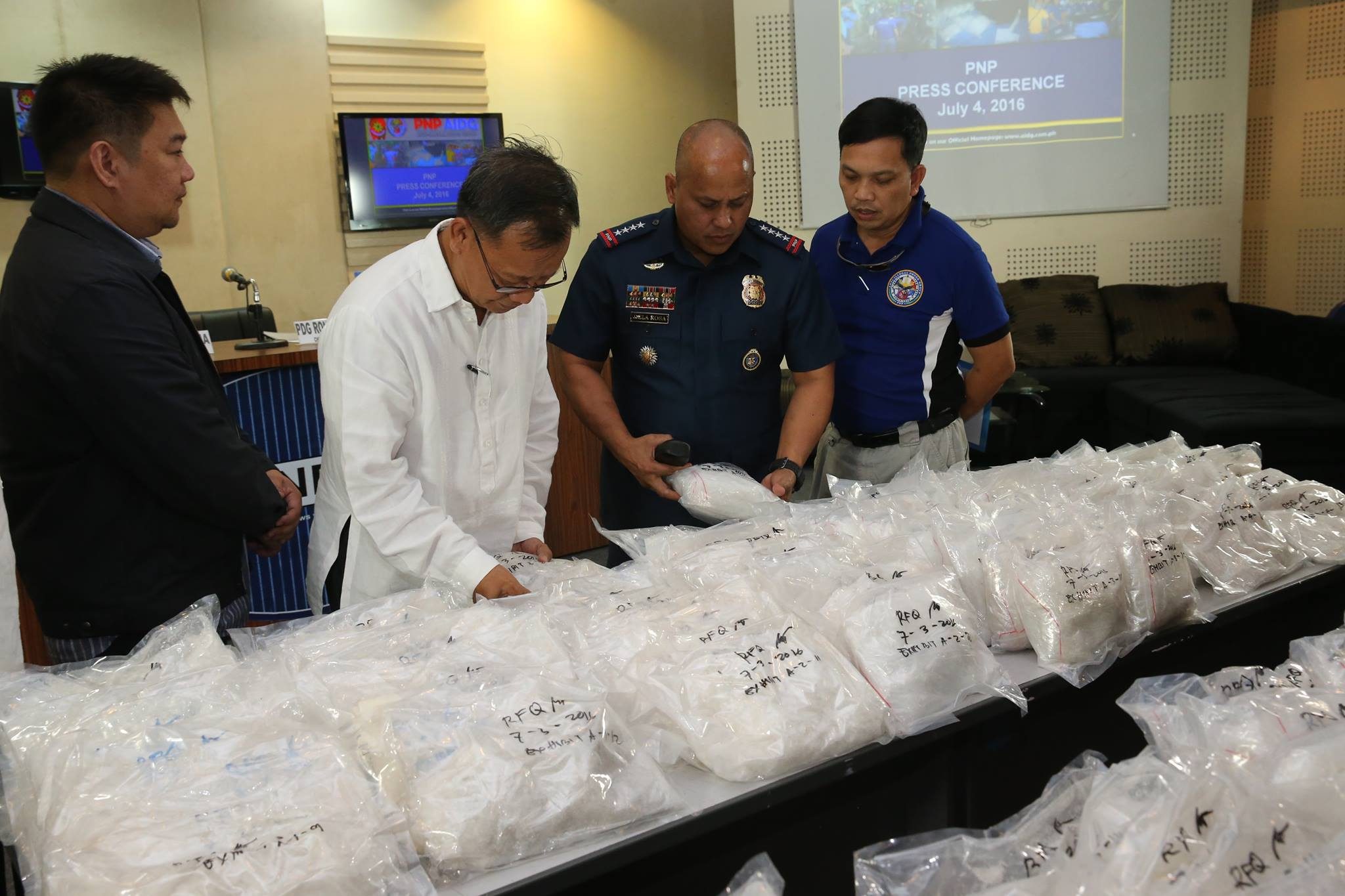 Facebook Twitter Copy URL
Copied
The PNP chief says the next phase of the police's anti-drug campaign – Project Double Barrel 2 – will fill in the gaps seen in past months, including putting ‘more emphasis’ on high-value targets

MANILA, Philippines – It’s a campaign that some global experts have tagged as a failure from the get-go but as far as Philippine National Police (PNP) chief Director General Ronald dela Rosa is concerned, the country’s “war on drugs” is one that’s already being won.

“We are winning,” Dela Rosa said on Monday, September 26, when asked to asses the government’s anti-narcotics effort, so far. Since President Rodrigo Duterte’s first full day in office on July 1, Philippine law enforcers have “intensified” their campaign against illegal drugs.

A literal “knock and plead” operation, where cops visit the houses of suspected drug users and pushers, has resulted in the warrantless “surrender” of more than 700,000 drug personalities.

Dela Rosa cited these as proof that the campaign is working.

“And with the meager supply of shabu that is now circulating in the market and the higher, exorbitant price of shabu right now…that means we are winning in the war against drugs,” added Dela Rosa, who took over as country’s top cop on July 1.

While the number of surrendered “drug personalities” is cited as proof that the campaign is working, the government has admitted that it simply does not have enough facilities to treat drug dependents who want to change their ways.

The Philippines’ “war on drugs,” much like iterations in different countries around the world, has been the subject of criticism from various sectors – both local and international – who accuse the government of setting aside the rule of law in the name of its campaign.

The government has also been criticized for the rise in killings with direct or apparent links to the anti-illegal drugs campaign. While government officials – Duterte and Dela Rosa included – have acknowledged the rise in the death toll, they insist these were not carried out nor sanctioned by the state.

Police have also been chided for supposedly only targeting poor, street-level personalities while allowing the rich drug lords to roam free.

“After 3 months, we will evaluate our performance of some units then we will study the success of their campaign. If revisions and modifications are needed, that’s what we’ll do to the campaign plan for Project Double Barrel 2. Some modifications and additions will be made such as making an emphasis on high value targets,” said Dela Rosa.

The “war on drugs,” a key campaign promise during Duterte’s 2016 run, was supposed to have a 6-month deadline. But recently, Duterte asked for a 6-month “extension,” owing to the gravity of the problem which the President said only became fully known to him when he assumed office.

Both Duterte and Dela Rosa have said that the Philippines, a country of 100 million people, has about 3.7 million drug users. Duterte cited the Philippine Drug Enforcement Agency, which is under the DDB, as the source of his figures.

Official government figures, however, say it’s closer to around 1.8 million “current drug users.” Based on the results of the latest survey of the Dangerous Drugs Board (DDB), an estimated 4.8 million Filipinos have tried illegal drugs at least once in their lives.

Recently, Dela Rosa visited Colombia, a country which waged a bloody war against local drug cartels in the 1990s. Colombia’s president has since advocated for other countries to shun a “prohibitive” drug policy, citing their own experiences.

Fresh from his trip to Colombia, Dela Rosa said the PNP is planning to push legislation that would make it easier for law enforcers to chase after drug personalities. He is also planning to form a Philippine version of Colombia’s Search Bloc, a special police force created to neutralize dangerous targets, drug cartels included. – Rappler.com