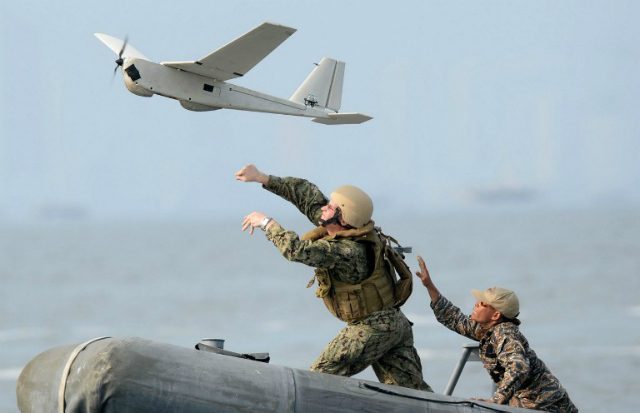 MANILA, Philippines – The US on Thursday, September 29, stressed its “significant security commitments” to the Philippines after Philippine President Rodrigo Duterte said he will end his country’s military exercises with the US.

US State Department spokesperson John Kirby, however, said that there “has been no official rendering” of this decision to the US government.

“We’ve seen these comments, we’ve talked about them…when they have been made, but the bottom line is that we have significant security commitments with the Philippines. We’re committed to meeting those commitments and to furthering this relationship,” Kirby said in a media briefing past 2 am on Thursday, Manila time.

On US ties with the Philippines, Kirby also said, “It’s built on shared sacrifices for democracy and human rights, and strong people-to-people and societal ties, and obviously we’d like to see that continue.”

For more context, Kirby referred journalists to his colleagues at the US defense department. “They might have a context I don’t have, but we’re not aware of any such decision. We’ve seen these comments, obviously, and would refer you to the president for – to speak to it,” he said.

This comes after Duterte on Wednesday evening, September 28, said the next joint military exercises between the Philippines and the US, scheduled in October, will be the “last” during his term.

Addressing the US, the President said: “You are scheduled to hold war games again, which China does not want. I will serve notice to you now, this will be the last military exercise. Jointly, Philippines-US, the last one.”

The military exercises aim to boost the capabilities of Philippine troops in the face of threats such as China’s aggression in the disputed West Philippine Sea (South China Sea).

Philippine National Security Adviser Hermogenes Esperon Jr later clarified that Duterte likely meant that the military exercises in October will be “the last for the year,” not for Duterte’s entire term.

Philippine Foreign Secretary Perfecto Yasay Jr, for his part, initially said when sought for a reaction to Duterte’s statement: “No, no, no, he did not say that at all.”

Eventually, Yasay said he “did not hear” such a statement from Duterte, so he cannot issue a comment.

Duterte has said he is “about to cross the Rubicon” or the point of no return with the US, which he has slammed for questioning him over recent killings in the Philippines.

In the face of the extrajudicial killings in the Philippines, however, US Senator Patrick Leahy said the Philippines might face “further conditions” on US aid. – Rappler.com