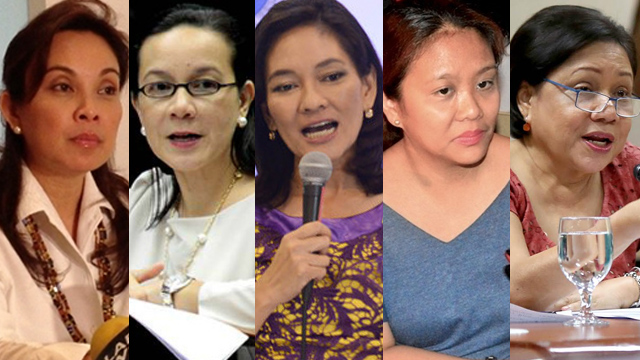 MANILA, Philippines – They may come from different political parties but female senators on Monday, October 3, joined forces in filing a resolution denouncing the House of Representatives’ plan to show the alleged private video of Senator Leila De Lima at a congressional hearing, calling it a form of slut-shaming.

They called such act “illegal, violative of inter-parliamentary courtesy and an affront to women’s dignity.”

“Today, we cross party lines and temporarily set aside our differences. Our sisterhood and strong bond and solidarity as women brought us together to oppose the misogyny and sexism of those who think we are lesser beings and thus, deserve to be shamed,” said Hontiveros, who initiated the filing of the resolution. 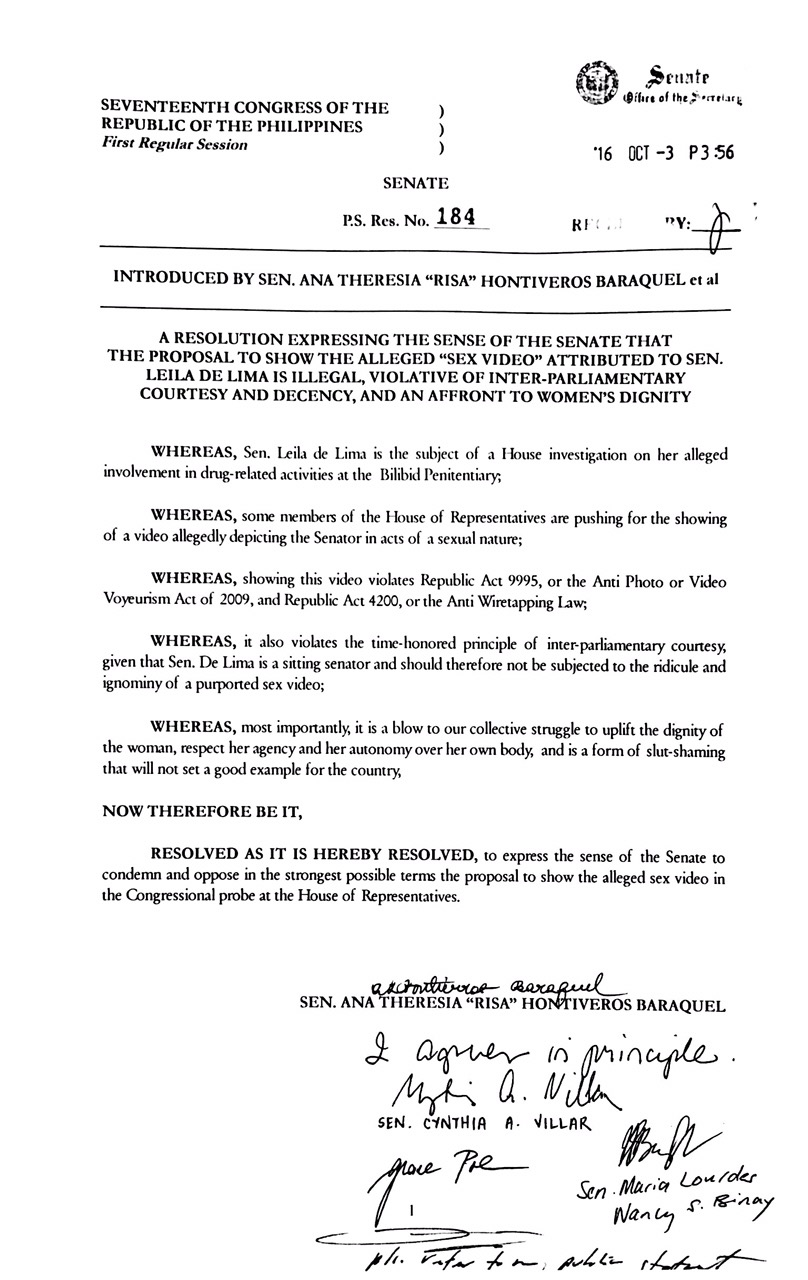 The senators reiterated that the showing of the alleged private video violates Republic Act 9995 or the Anti Photo or Video Voyeurism Act of 2009 and RA 4200 or the Anti-Wiretapping Law.

“It also violates the time-honored principle of inter-parliamentary courtesy, given that Senator De Lima is a sitting senator and should therefore not be subjected to the ridicule and ignominy of a purported sex video,” the senators said.

“More importantly, it is a blow to our collective struggle to uplift the dignity of women, respect her agency and her autonomy over her own body, and is a form of slut-shaming that will not set a good example for the country,” they added.

Poe and Legarda earlier cited the same laws in their public denouncement of the Lower House’s plan, with the former saying such videos or photos would not be admissible in court.

Hontiveros even likened it to a situation where abused women find themselves in, when their partners blackmail them.

Villar, for her part, said the showing of the video would violate a woman’s rights and dignity, regardless if it’s De Lima or not in the alleged sex video.

Women lawmakers have also opposed the move of their male counterparts, led by Speaker Pantaleon Alvarez himself.

Alvarez maintained he sees nothing wrong with showing the alleged private video, as it would supposedly help prove the ties between De Lima and former driver Ronnie Dayan, who supposedly collected drug money inside the NBP for her.