PH, NDF back in Oslo to tackle ‘root cause of conflict’ 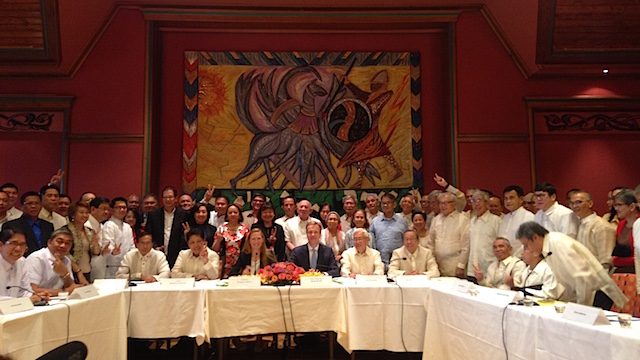 MANILA, Philippines – Negotiators of the Philippine goverment and the National Democratic Front (NDF) return to Oslo, Norway, for the second round of talks that will begin discussions on the root cause of Asia’s longest running communist insurgency.

Benito Tiamzon, tagged leader of the New People’s Army (NPA) whose face was unknown even to his comrades until his capture in March 2014, has joined Communist Party of the Philippines (CPP) founder Jose Maria Sison in the NDF panel that will lead discussions with government negotiators. (READ: Alleged NPA leader Benito Tiamzon joins NDF panel)

The NPA and NDF are CPP’s armed and political wings, respectively.

The communist rebels will push for fundamental changes in the country’s socio-economic policies, particularly on land reform and national industrialization. A comprehensive agreement on socio-economic reforms (CASER) is the “heart and soul of the peace process” and is expected to be the most contentious, members of both panels said.

The communist rebels blame “US neoliberal policies” for the widespread poverty and inequality in the Philippines.

The NDF will also follow up on government’s commitment to grant general amnesty for its remaining members in jail as the government presses for a bilateral ceasefire agreement to make the ceasefire with the NPA stable.

The panels had met in Manila before the second round of formal talks in Oslo. The Norwegian government serves as the 3rd-party facilitator of the peace process. (READ: Norwegian facilitator cautiously optimistic about PH, NDF talks)

The government aims to complete the talks within a year or, by August 2017, an ambitious timeline that the NDF is reluctant to commit to.

Formal talks resumed in August this year after the unprecedented release of 22 high-profile NDF consultants, among them Tiamzon, that were tagged by the military as leaders of the NPA. (READ: Who’s Who: Political prisoners released for Oslo peace talks)

Government chief negotiator Silvestre Bello III believes that their participation is crucial in making sure the NPA on the ground supports the peace process. “We are talking to the right people,” he told Rappler in August.

In response, the NPA made the unprecedented move of matching the unilateral ceasefire declaration of the military. There have been no reports of major clashes and incidents since although both camps – the military and the NPA – have complained about each other’s activities in certain areas.

These will be addressed in the talks in Oslo, where they will aim to establish operational guidelines that the military and the NPA are expected to follow to avoid misencounters or other violations.

“The previous ceasefires were unilateral.  We need to craft mechanisms to monitor violations and resolve conflicts and issues arising from them,” Dureza said.

The NDF will also follow up on the immediate release of remaining “political prisoners.”

The government panel commited to recommend to the President a general amnesty proclamation, but said it may only happen upon the completion of the peace process.

Up to 400 NDF members in jail will benefit from a general amnesty proclamation.

The two camps will also begin discussion on political reforms and the permanent cessation of hostilities, two other substantive issues that will move forward based on the success of talks on socio-economic reforms. – Rappler.com