Oct 6, 2016 6:35 AM PHT
Carmela Fonbuena
Facebook Twitter Copy URL
Copied
The NDF reshuffles its peace panel on the eve of its 2nd round of talks with the government, replacing Luis Jalandoni as panel chairperson with Fidel Agcaoili 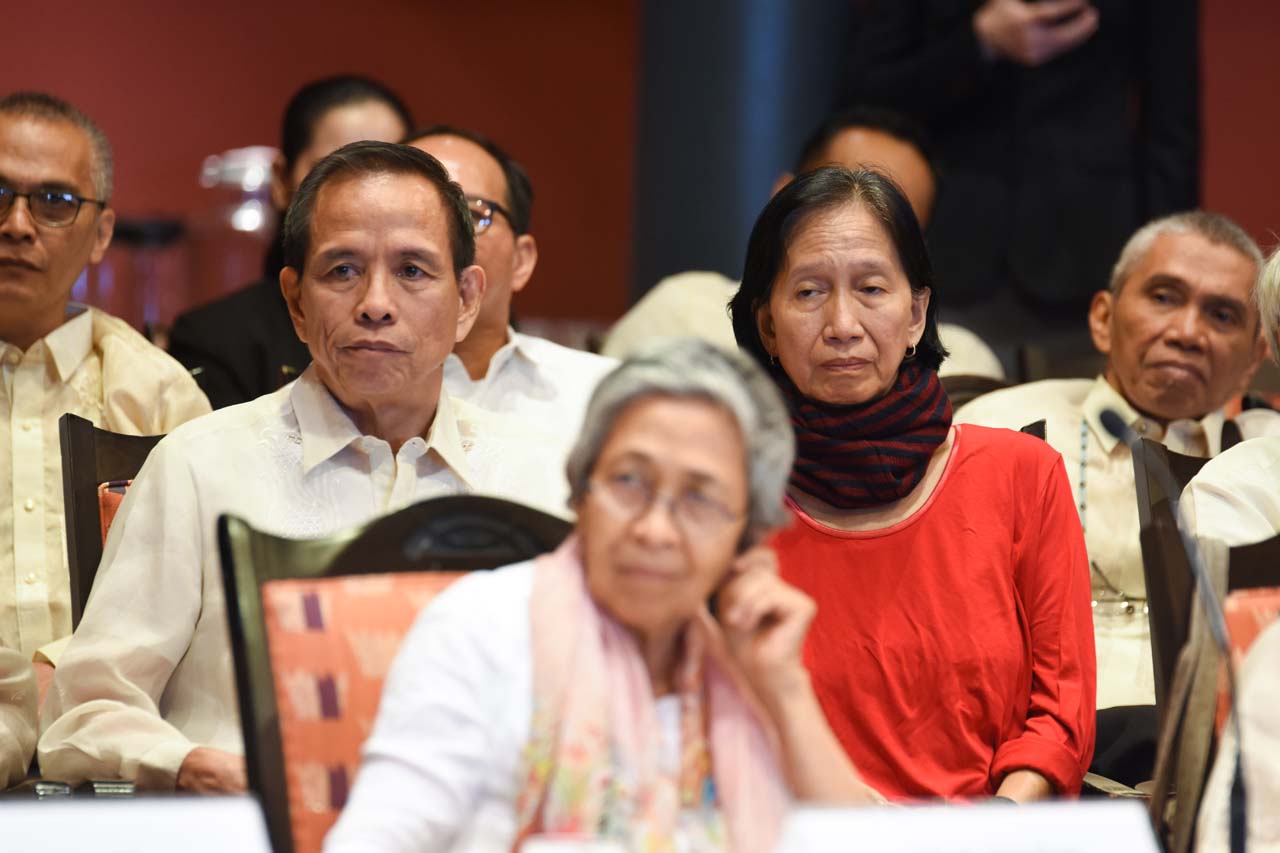 MANILA, Philippines – The communist National Democratic Front (NDF) changed the composition of its negotiators on the eve of the 2nd round of talks with the Philippine government, appointing alleged New People’s Army (NPA) leader Benito Tiamzon to its panel.

Tiamzon, tagged by the military as the “center of gravity” of NPA operations until his arrest in 2014 in Cebu, was released in July 2016 to serve as a consultant in the NDF panel.

In the reshuffle, NDF panel’s longtime chairperson Luis Jalandoni resigned and will be replaced by his vice-chairperson Fidel Agcaoili. Jaladoni will serve as senior adviser to the NDF panel.

The NDF said Jalandoni has long requested to be relieved of his duty as chairperson of the panel.

“The national leadership of the National Democratic Front of the Philippines has granted the long-standing request of Comrade Luis G. Jalandoni to resign as the Chairperson of the NDFP Negotiating Panel,” the statement said. The on-again, off-again peace negotiations have dragged for 3 decades. (READ: FAST FACTS: The CPP-NPA-NDF and the Oslo talks)

The NDF made the announcement late Wednesday night in Oslo, October 5 (October 6 in Manila), on the eve of the second round of talks that begins October 6 and ends on October 10.

Tiamzon was among 22 detained NDF consultants released in July to jumpstart the peace process that aims to end Asia’s longest running communist insurgency.

The government is confident that the involvement of tagged NPA leaders in the talks will address allegations that the NPA does not support the process process pursued by NDF.

The NPA has declared an indefinite ceasefire nationwide.

The NPA and the NDF are the armed and political wings, respectively, of the Communist Party of the Philippines.