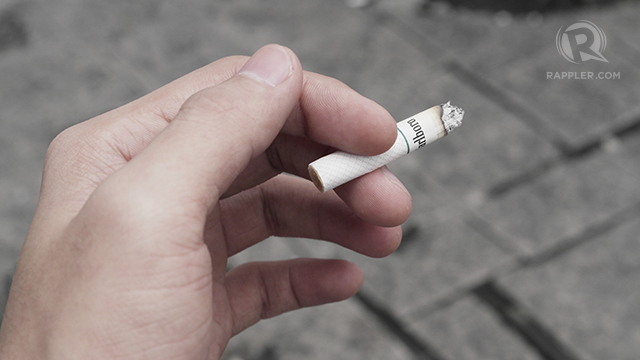 MANILA, Philippines – An executive order to ban smoking in all public places in the Philippines has been submitted to President Rodrigo Duterte’s office and is ready for his signature.

This was confirmed to Rappler by Health Secretary Paulyn Ubial’s chief of staff Karl Ubial. The draft executive order was prepared by the Department of Health (DOH).

“The EO was submitted last week and is up for review by the President,” said Ubial on Monday, October 10.

The draft EO is patterned after a Davao City smoking ban implemented by Duterte when he was still the city’s mayor.

“The Department modeled it after Duterte’s ordinance in Davao, which banned smoking in public places,” said Ubial.

Secretary Paulyn Ubial earlier told reporters that the Executive Order, if signed without any changes by Duterte, will prohibit smoking in public places, both indoor or outdoor.

This includes”parks, bus stations, and even in vehicles” which are “considered public places,” she said.

Duterte, who used to smoke himself but stopped due to his health condition, Barrett’s esophagus, aggressively implemented the city-wide smoke ban when he was mayor.

He has chased down smoking drivers and once even forced a tourist to swallow a cigarette butt after he heard the tourist had refused to follow the smoking ban.

Duterte has previously said he may also impose a nationwide liquor ban in public places and curfew for minors. – Rappler.com