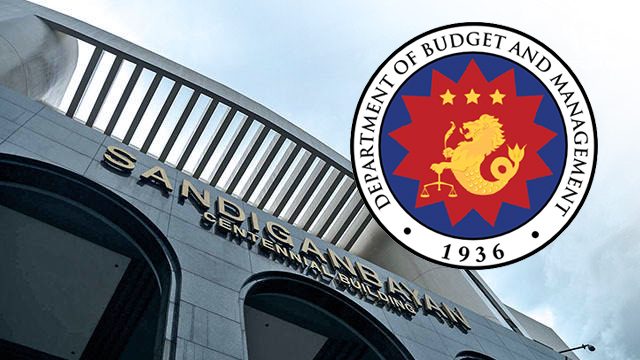 Facebook Twitter Copy URL
Copied
The 4 officials say they had served 3 suspension orders in relation to the PDAF cases, and another suspension would be 'grossly unjust'

MANILA, Philippines – Four officials of the Department of Budget and Management (DBM) have asked the Sandiganbayan 7th Division to junk the Ombudsman’s latest motion to impose a preventive suspension on them over two graft complaints.

The 9-page joint opposition filed by the officials on Wednesday, October 12, protested the new suspension as they had served 3 previous suspension orders stemming from similar cases involving alleged irregularities in the disbursement of the Priority Development Assistance Fund (PDAF) or “pork barrel” of lawmakers.

The defendants face 104 counts of graft charges each, as filed in various Sandiganbayan divisions. The 4 are accused of conspiring with lawmakers and executives of bogus private foundations to defraud the government by funneling PDAF into non-existent livelihood or agricultural assistance projects.

Preventive suspensions last 90 days with the pay of the official withheld during this time.

The DBM officials said, “It is difficult enough to be dragged into these PDAF cases without any basis, to be suspended and lose means of livelihood is grossly unjust.”

The defendants claimed they were wrongfully dragged into the PDAF cases despite not being accountable officers in the contemplation of existing laws as they did not have custody of the PDAF. They also said no direct evidence of an alleged conspiracy with other accused was presented in court.

They added that the act of signing the Special Allotment Release Order (SARO) and the Notice of Cash Allocation (NCA) does not constitute a covert criminal act. Relampagos, meanwhile, invited the court’s attention to check that he did not sign any SARO or NCA. – Rappler.com