Oct 16, 2016 4:30 PM PHT
Pia Ranada
Facebook Twitter Copy URL
Copied
The President has 'no problem' with legalizing cannabis for medical purposes if the Food and Drug Administration gives the greenlight 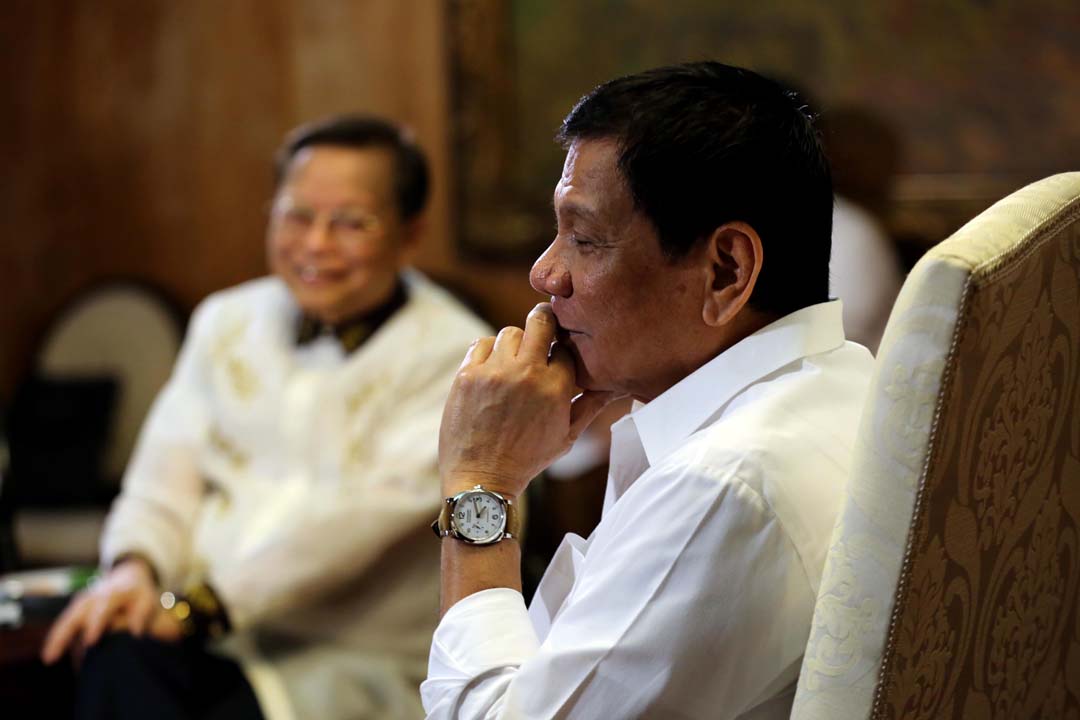 MANILA, Philippines – President Rodrigo Duterte, known for his all-consuming hatred of drugs, said he is open to the legalization of medical marijuana if deemed beneficial by the proper authorities.

“I’m not the authority for that. It’s the Food and Drug Administration. If it’s certified by the government and it’s good fine, no problem,” he said during an interview with Al Jazeera made online on Saturday, October 15.

Duterte said FDA regulations mean such a proposal will have to go through studies.

“It must have this qualifying you know, activity, where it is being used to find out if it’s really medicinal or it can do something good for the body,” he said.

In some places, like some states in the United States, marijuana is legal for medical purposes such as for the alleviation of pain. Marijuana can also be prescribed by doctors to treat muscle spasms, nausea from cancer chemotherapy, and seizure disorders.

The Philippines, along with countries like Indonesia, France, China, Malaysia, and Singapore, have some of the stricted laws against marijuana or cannabis.

There have been efforts in the Philippine Congress to legalize medical marijuana.

He is at the helm of a controversial anti-drugs campaign that has been linked to deaths of over 3,300. – Rappler.com