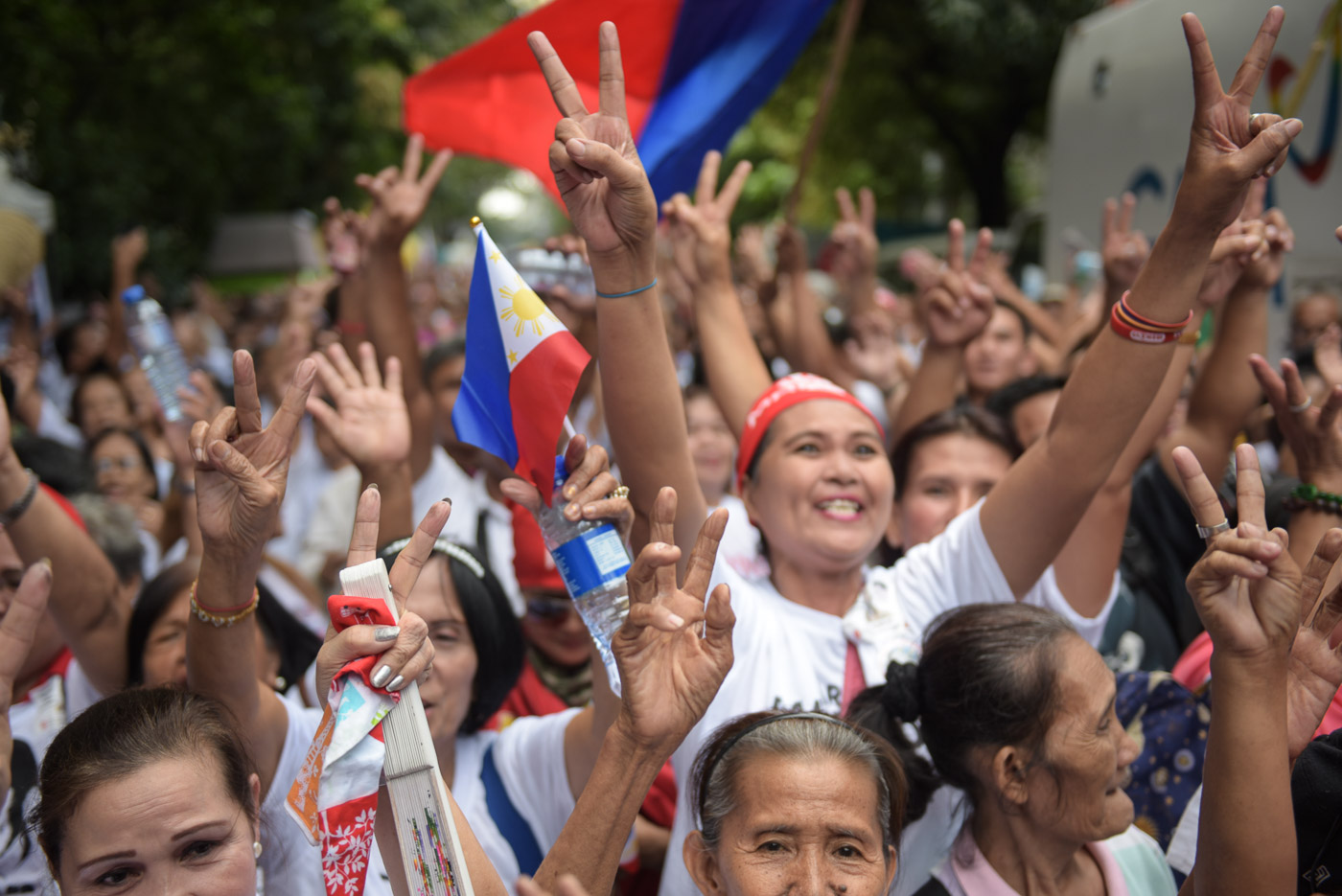 The Supreme Court (SC) on Tuesday, November 8, cleared all legal obstacles to a Marcos burial, for decades an issue that has driven a deep wedge in Philippine political life.

By a vote of 9-5, the High Court rejected petitions that sought to stop the burial of the late dictator. Associate Justice Bienvenido Reyes inhibited from the case, reducing to 14 the number of justices who voted.

Reyes has not cited specific reasons for his recusement but it was he who administered the oath of President Rodrigo Duterte last June. He was Duterte’s fraternity brother at the San Beda College of Law and a former lawyer of the family of former president Benigno Aquino III.

The decision came as the SC’s extended status quo ante order – extended twice in the past – expires on Tuesday, November 8.

In a press briefing, SC Spokesperson Theodore Te announced some of the reasons cited by the justices for allowing the burial of Marcos: 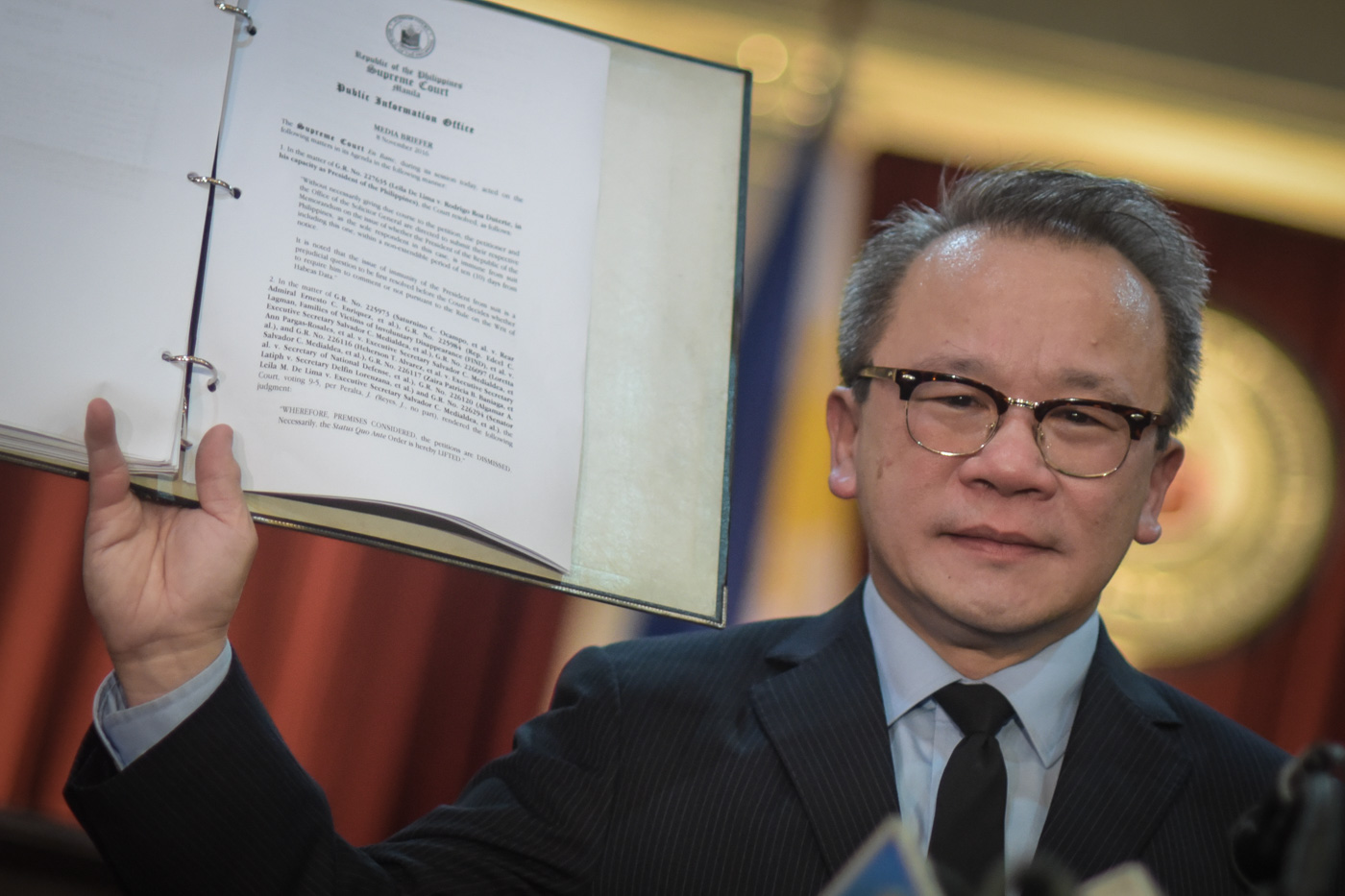 The magistrates held two rounds of oral arguments on the petitions against the hero’s burial for Marcos on August 31 and September 8. (READ: SC orals on Marcos burial: Issues and answers)

On August 23, the High Court issued a status quo ante order (SQAO) on the burial of Marcos at the Libingan ng mga Bayani until September 13. On September 8, it extended the order until October 18 and then held it further until November 8.

In August, Martial Law victims asked the Supreme Court to intervene, arguing that Marcos does not deserve a slot in the national shrine because burying him there violates Republic Act 289, which created the Libingan ng mga Bayani.

Duterte took the position in early August that Marcos is qualified to be buried at the Libingan ng mga Bayani because he is “a former soldier and former president of the Philippines.”

He ordered Marcos’ burial at the Libingan as a fulfillment of the campaign promise he made to the Marcos family and the Ilocanos. As early as May 23, when it was clear that he had won the presidency, he announced that the plan “can be arranged immediately.”

He had directed the defense department to begin preparations for a hero’s burial on September 18. That got sidetracked by the petitions filed by Martial Law victims with the Supreme Court.

The High Tribunal consolidated petitions against a hero’s burial. All in all, 6 petitions were lodged before the SC, opposing Duterte’s “verbal order” to the Department of National Defense to proceed with the preparation for a Marcos state burial. (READ: SC orals on Marcos burial: Issues and answers)

The defense department had said that Marcos is qualified for burial at the Libingan ng mga Bayani because he was a soldier, a former war veteran, an ex-defense secretary, and a former president. (READ: Marcos ‘qualified’ for hero’s burial based on AFP rules) 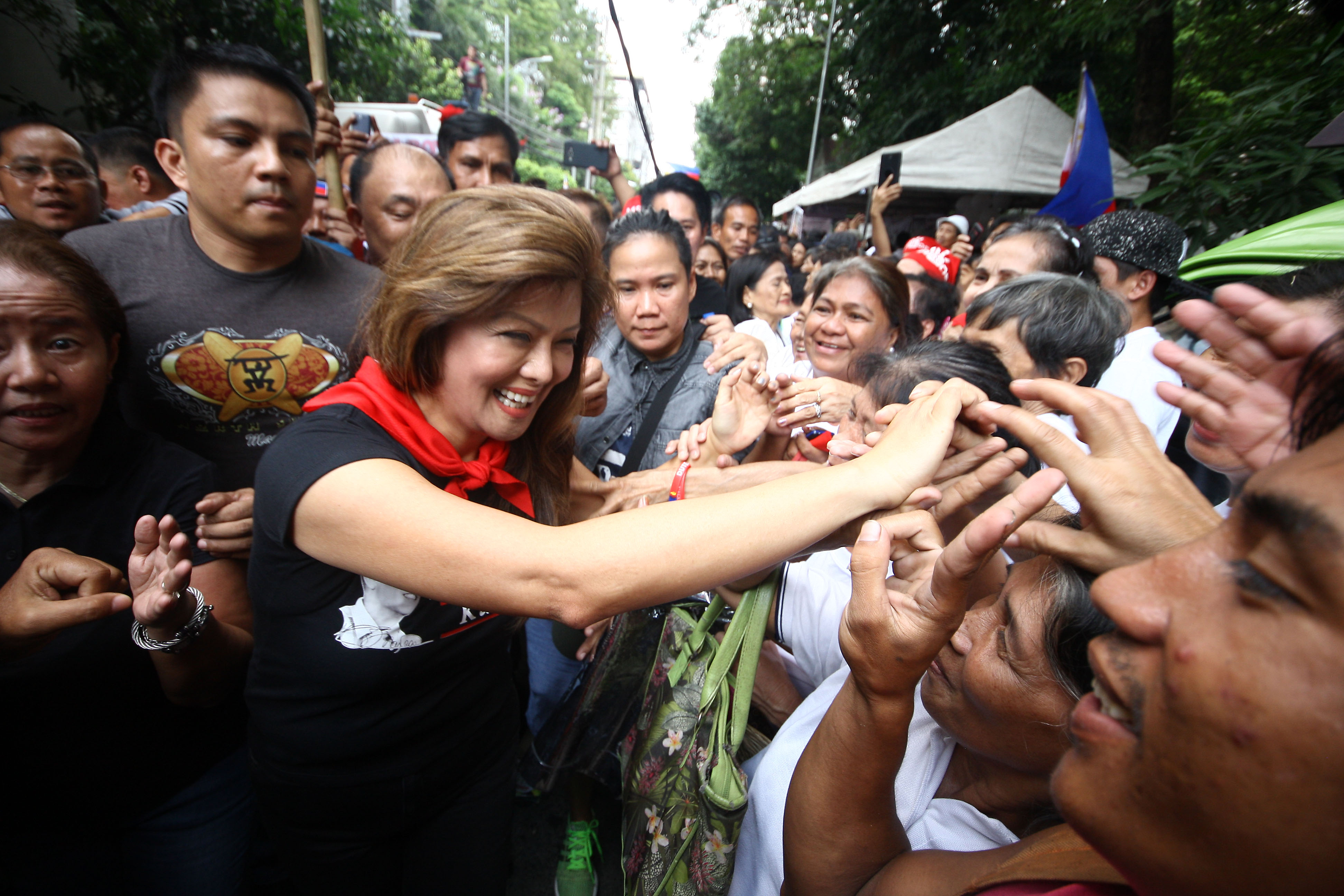 Duterte made a last plea to the High Court at a news briefing on October 16, when he urged it not to decide on the basis of “emotion,” although he reiterated that he would abide by the High Court’s decision. – with reports from Patty Pasion/Rappler.com