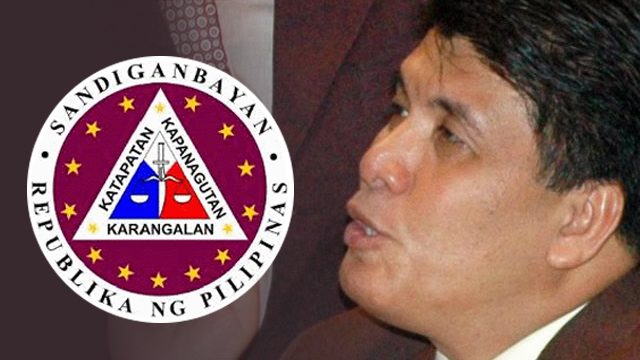 This is in relation to alleged irregularities in LWUA’s acquisition in 2009 of a thrift bank for P80 million. LWUA is a state firm that extends loans to local water districts to improve water supply systems outside Metro Manila.

Ombudsman Conchita Carpio-Morales had said the anomalous deal “deprived the government of the opportunity to use the illegally expended funds to instead fund the agency’s lawful projects.”

Besides the graft charges, the anti-graft court also upheld one count of violation of the Manual of Regulation for Banks (MORB) against Pichay, LWUA trustee Senen Montilla, and management executive Wilfredo Feleo Jr.

The Sandiganbayan also dismissed 3 malversation cases and one count of violation of the General Banking Law against Pichay and the LWUA officials.

Senator Sherwin Gatchalian was cleared of all charges as the court dismissed all cases against him for lack of probable cause on one count each of graft, malversation of public funds, and violation of the MORB.

Gatchalian was charged because of alleged ties with the Express Savings Bank Inc (ESBI), the Laguna-based thrift bank bought by LWUA. He however argued that he was not in any way involved in negotiations involving the bank and that he held only 14 shares worth P2,514.82 in the same bank.

ESBI is partially owned by the Gatchalians.

Prosecutors accused LWUA officials of fraud in connection with the purchase of a 60% stake in the thrift bank without the required approval from the Office of the President, the finance department, and the Monetary Board of the Bangko Sentral ng Pilipinas.

At the time of the transaction, prosecutors said, ESBI was insolvent and had been incurring losses in its operations.

P300 million of LWUA funds were deposited in the bank and an advance payment of P400 million was made in August 2009 for stock subscriptions in ESBI. LWUA failed to recover this amount when the bank went into receivership in 2011.