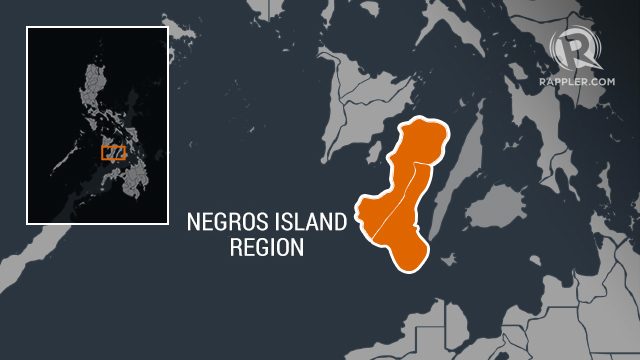 Both senators, who were in Bacolod City on Thursday, October 20, appealed to the President not to sign the executive order abolishing the new region, which was just created in 2015 by Senator Aquino’s cousin, then President Benigno Aquino III. (READ: Duterte to sign EO dissolving Negros Island Region ‘soon’ – Diokno)

Zubiri, a known Duterte ally, wrote to the President to express his support for the NIR. He also filed Senate Resolution 2013 – a copy of which he sent to Duterte – calling for the continued existence of the new region.

“For geographical considerations as both provinces are in the same island mass. This will enhance decentralization from the national government and improve the implementation of developmental programs and projects for the region,” Zubiri told reporters.

The senator said the issue is also close to his heart, as his father, Bukidnon Governor Jose Ma. Zubiri, is a native of Kabankalan City in Negros Occidental.

Meanwhile, Aquino said that he would back any move supporting NIR in the Senate, and would try to convince other senators to do the same.

“For it to be revoked, I think it is a rush move. We do want to look into it,” he said.

He maintained that the new region was created to improve the services and support the two provinces are getting.

Aquino said he wants to understand the reason Budget Secretary Benjamin Diokno is pushing for the abolition of the NIR, saying budget should not be a reason.

“The budget determines the priority, if you’re willing to appropriate, that means it is priority,” Aquino said.

Diokno, however, earlier said budget requests for the region totaled P19 billion, which is too costly for the government.

“When we came in, I was confronted with a P19-billion request by various agencies for that new region. I said, that’s not affordable, we have other priorities,” Diokno earlier said.

An NIR consultation meeting will be held at the Provincial Capitol Social Hall in Bacolod City on Monday, October 24.

A signing of manifesto of support is set on November 5 at the Capitol Park and Lagoon alongside the commemoration of the Negros bloodless revolution, Cinco de Noviembre. – Rappler.com