PH still among 10 most gender-equal nations 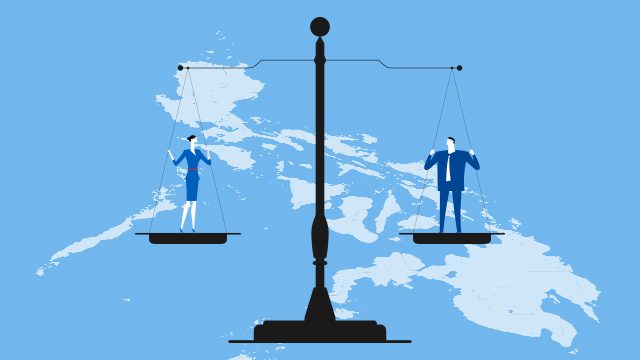 Facebook Twitter Copy URL
Copied
But because of the 'sluggish pace of change' in wealthy countries in Asia, 'the region will not close its economic gap for another 111 years,' says the World Economic Forum

MANILA, Philippines – The Philippines maintained its rank as the 7th most gender-equal country in the world, according to the Global Gender Gap Report 2016 released Wednesday, October 26.

The country has consistently made it to the top 10 of the world’s most gender-equal societies since 2006.

The annual report published by the World Economic Forum (WEF) also said the Philippines is among the most-gender equal societies in the East Asia and the Pacific region, together with New Zealand.

While the region has closed 68% of its gender gap, the report highlighted the “stark contrast” between the most gender-equal countries (Philippines and New Zealand) and the “economic heavyweights” China, Japan, and Korea, which are ranked 99th, 111th, and 116th, respectively.

“The sluggish pace of change in these larger nations in part explains why current projections suggest the region will not close its economic gap for another 111 years,” a WEF statement read.

Below are the world’s top 10 most gender equal countries, based on the report:

The same report said economic parity between sexes could take 170 years given that progress has slowed dramatically in this area in 2016. – Rappler.com