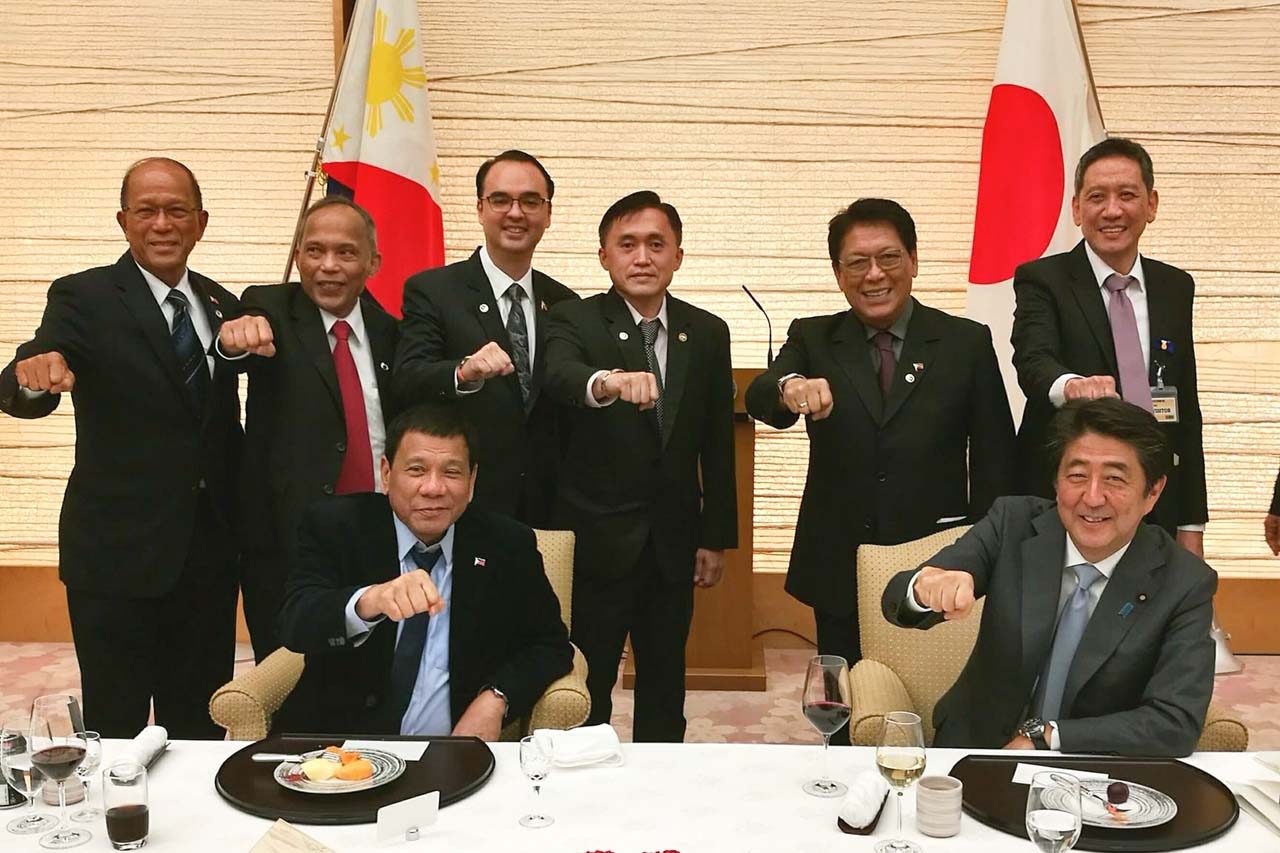 MANILA, Philippines – Upon his return from Japan on Thursday, October 27, President Rodrigo Duterte offered praise for “excellent” Philippines-Japan ties, citing what he said were “specific gains in various areas of economic, socio-political security, and defense cooperation.”

Duterte briefly cited a number of milestones accomplished during his trip.

Duterte also said previously that he was open to joint maritime exercises with Japan.

The Philippine president also underscored the country’s commitment to “advance the rules-based regime to maintain stability and security in our region,” especially as it related to the South China Sea. (READ: Duterte, Abe affirm defense cooperation, peaceful solution to sea row)

Said Duterte in his speech, “Everyone in our region and beyond has a stake in the South China Sea. Both governments committed to ensure the freedom of navigation and overflight in these waters. We have bilateral and multilateral venues at our disposal to ensure that commitments and responsibilities are complied with under international law, including the 1982 UNCLOS.”

Duterte also cited economic cooperation as part of the relations between the Philippines and Japan. The president said he encouraged Japan’s private businesses to invest in the Philippines, and also noted deals that included “investments in manufacturing and agriculture that will generate considerable number of jobs.”

“Japan is well-placed to remain as the Philippines top trading partner,” Duterte added.

Duterte also called his Japan visit “another defining moment for the solid and strategic partnership between our countries,” adding that relations between the two countries “can be best viewed as an exemplary partnership that can only gain greater strength in the years to come.” – Rappler.com