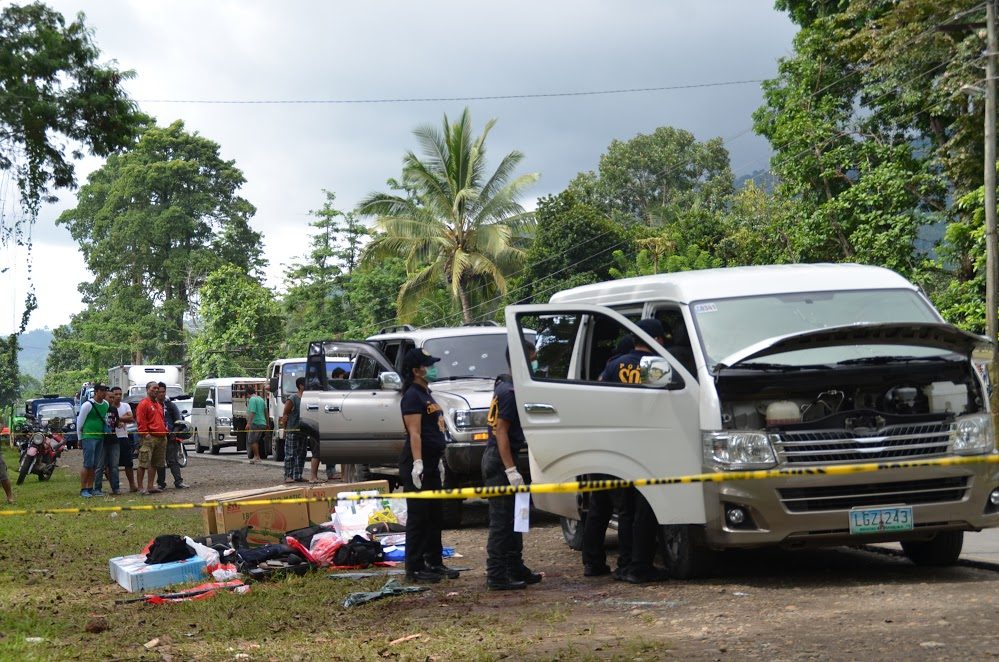 The reports said Mayor Samsudin Dimaukom of Datu Saudi Ampatuan town in Maguindanao and his convoy were flagged down at a checkpoint in Barangay Bulatukan, Makilala, North Cotabato at 4:30 am Friday “based on information that the group will transport illegal drugs to Maguindanao and Cotabato area.”

At 8:20 am, Makilala chief of police Elias Colonia said Dimaukom was part of the convoy, but he was not sure if the mayor was one of the casualties.

At 8:58 am, Rappler got confirmation from Major Jovit Culaway, head of Mindanao’s anti-illegal drug unit, that Dimaukom was killed. He was 53.

Dimaukom was in the lead car, a Grandia, Culaway said. When stopped at the checkpoint, the mayor’s car slowed down before his security opened the door and started firing their guns, he added.

Dimaukom’s group was outnumbered. At least 30 police operatives backed up the checkpoint and shot it out with convoy, according to Culaway.

“Hindi nila alam na naka-position na kami. We were about 30 lahat, kasi 16 kami sa unit namin and we asked for support from the Regional Public Safety Battalion,” Culaway added. (They did not know that we were already in position. There were 30 of us because we asked for reinforcement). “We needed the reinforcement since we knew they were carrying high-powered firearms,” he said in Filipino.

Dimaukom was one of the local officials on the drug list of President Duterte, which he released to the public in August.

Only last September 27, the police raided his compound in Datu Saudi town but did not find illegal drugs.

The reports said Dimaukom’s group did not stop at the checkpoint and instead “opened fire at the operatives.”

The fatalities were brought to the Midway Hospital and Makilala Medical Specialists Hospital.

The victims were identified by Badrudin Carinda, a staff member of the local government of Datu Saudi Ampatuan. Dimaukom ran under the Liberal Party, the former ruling party under the Aquino administration, in the May 2016 elections.

The Duterte administration has been waging a 4-month campaign against illegal drugs.

Sources from Maguindanao said that Duterte had already asked Dimaukom to surrender. The local government had already stripped him of his police and military escorts, the same sources said.

The mayor was also known as “Mayor Pink,” because of his huge pink mansion in his town. – Rappler.com