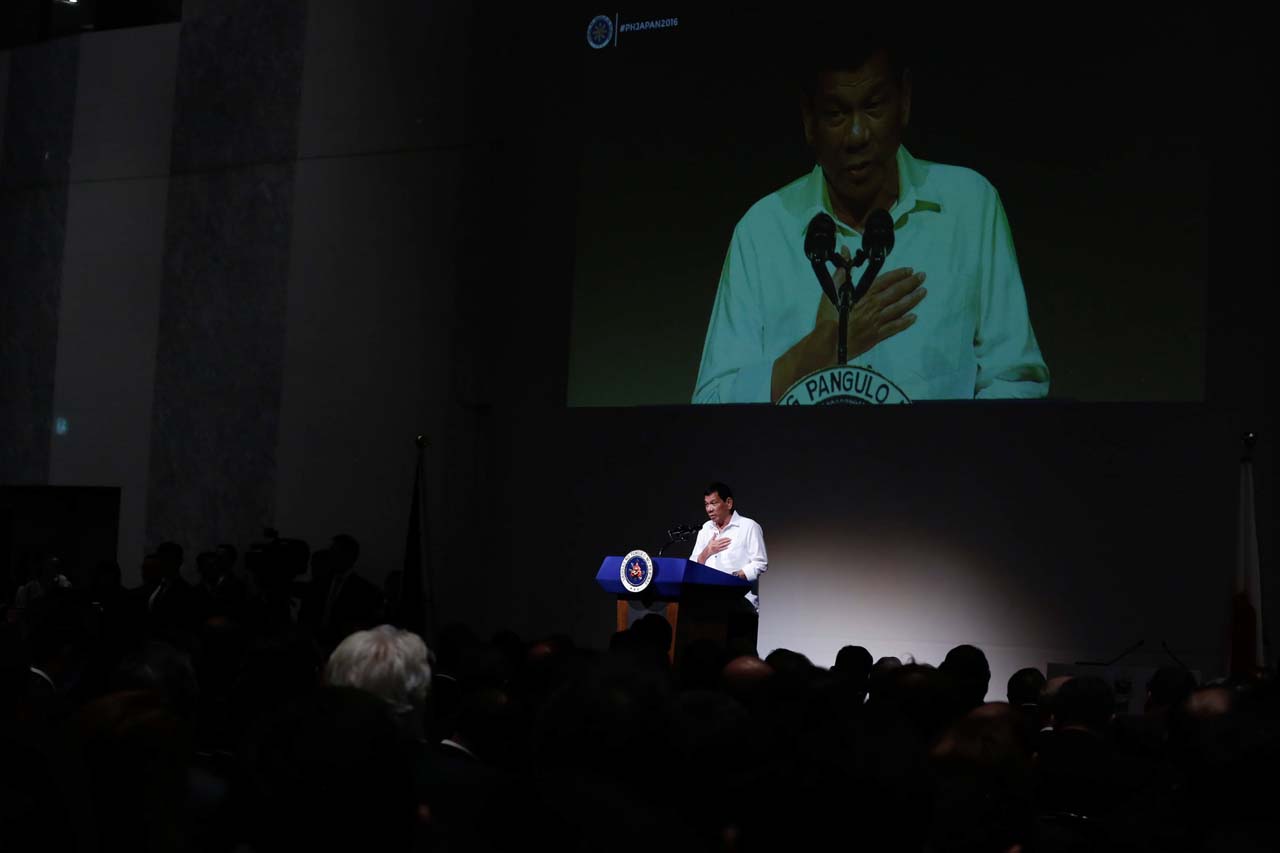 “The Japan trip yielded about 12 business agreements worth about $1.8 billion. These are not government contracts, but private-to-private joint undertakings,” said Presidential Spokesman Ernesto Abello on Friday, October 28.

Aside from the signed business deals, a Japanese company, Marubeni, made a “verbal commitment” to invest around $17.2 billion “for infrastructure, specifically for mass transport, roads, water, and power projects,” said Abella.

“It’s a verbal offer so nothing has been signed,” he emphasized.

Marubeni is present in the Philippines through Marubeni Philippines Corporation, a company that engages in a variety of projects in industries like telecommunications, information technology, power, agriculture, transportation, construction, and metals.

The company-to-company deals signed in Japan are less in worth than those signed in China: around $15 billion. Aside from these deals, various Chinese banking institutions pledged $9 billion in loans.

Duterte’s official visit to Japan took place from October 25 to 27. Aside from business agreements, his trip yielded agreements with the Japanese government on boosting Philippine Coast Guard capabilities and providing assistance for agribusinesses. – Rappler.com