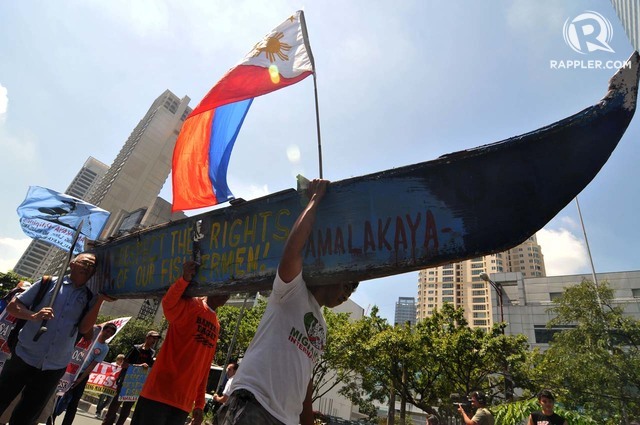 “For the past 3 days, it has been observed that there are no longer any Chinese Coast Guard vessels and that Filipino fishing boats are no longer being intercepted,” said Presidential Spokesman Ernesto Abella on Friday, October 28, during a Palace briefing.

“They are now able to fish in the area without being intercepted,” he added.

This was confirmed by Defense Secretary Delfin Lorenzana in a text message to Rappler.

“The report we got yesterday was that since 3 days ago, there were no longer any Chinese Coast Guard or Navy in the vicinity of Scarborough Shoal. Our fishermen now have access to the area,” said Lorenzana.

Previously, Chinese Coast Guard vessels have been reported to harass Filipino fishermen in the shoal.

The Philippine Coast Guard had also reported the presence of the People’s Liberation Army in Scarborough, showing China’s militarization of the area. The Philippines fears that China will also reclaim the fishing ground.

The development happens days after Duterte got back from his state visit to China. During his visit from October 18 to 21, the Chinese government declared that its “friendship” with the Philippines has been fully restored.

Duterte also said he discussed fishing rights in Scarborough Shoal with President Xi Jinping and hinted of developments on this thorny issue.

Though no major announcement was made on it, the two presidents managed to agree to pursue bilateral talks on the wider issue of the West Philippine Sea (South China Sea) dispute. – Rappler.com