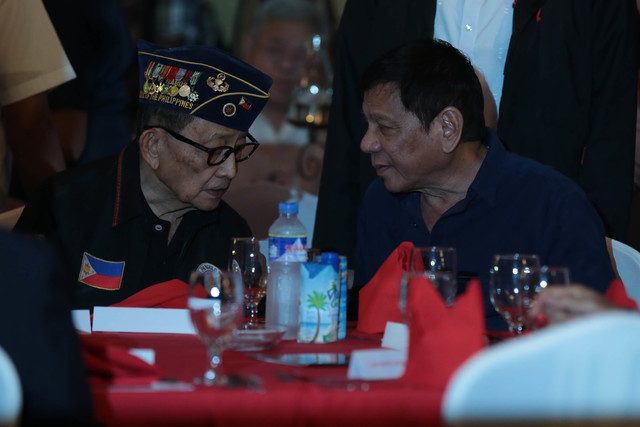 MANILA, Philippines – Former president Fidel V. Ramos resigned as President Rodrigo Duterte’s special envoy to China, even as the Palace said the country needs his “stature and expertise” in dealing with Beijing.

In an interview with GMA News on Monday, October 31, Ramos said, “The moment the President came back from China from a successful state visit I resigned as special envoy to China because the officials have taken over.”

Ramos was referring to Duterte’s state visit to China from October 18 to 21. Duterte brought home around $24 billion worth of deals from this trip to China.

Before this, from August 10 to 11, Ramos was in Hong Kong for “icebreaker” talks with Chinese representatives.

One of those with Ramos in Hong Kong, journalist Chito Sta Romana, has already been named Philippine ambassador to China.

Ramos also told GMA News, “I’ve done my job to…break the ice and to help restore the ties of goodwill and friendship.”

This comes after Ramos, who endorsed Duterte for president, criticized Duterte for waging a bloody war on drugs and cursing other countries.

In a column for the Manila Bulletin on Sunday, October 30, Ramos also slammed Duterte for “complaining” about the Paris Agreement on Climate Change.

Ramos added, “He may claim that to be more ‘insulting than friendly’ to our long-established allies is part of his God-given ‘destiny.’ But, this is obviously wrong, and full of S….T!!!”

Communications Secretary Martin Andanar, however, said the Palace has not received Ramos’ resignation as special envoy to China.

“Moreover, it is not true that the former president can no longer have any role in our engagement in China,” Andanar said.

“His stature and expertise are needed now, more than ever, to follow up and bike on what President Duterte accomplished during his recent visit to China,” he added. – Rappler.com