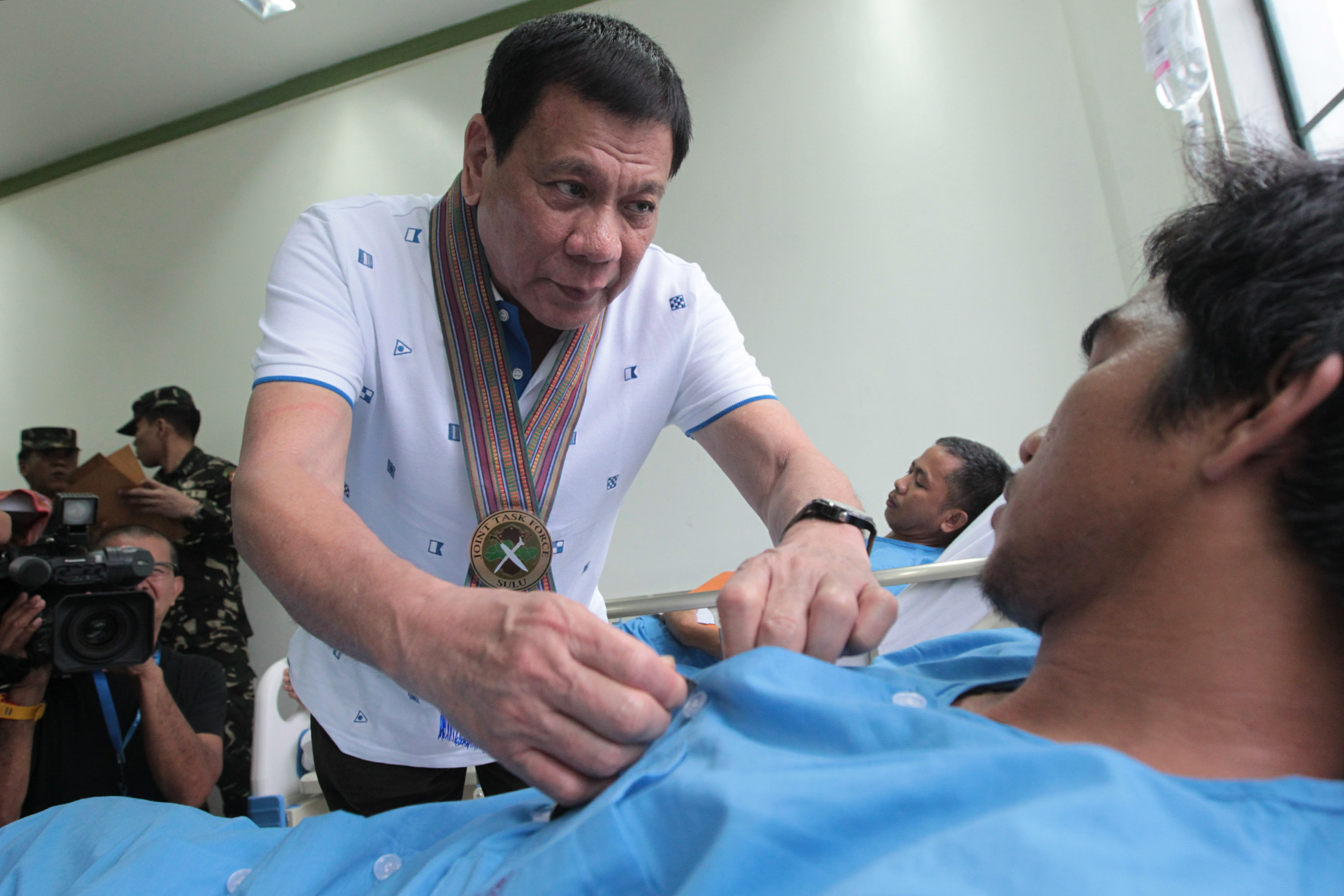 The soldiers had been injured in recent clashes with the Abu Sayyaf Group. Sulu is a known stronghold of the group.

In photos sent by Malacañang, Duterte can be seen pinning medals on the soldiers and showing them images of the brand-new pistols he is giving them.

Duterte gave each of the soldiers a check for P100,000 in financial aid, P10,000 in cash, a Glock handgun, and a Wounded Personnel Medal, according to Special Assistant to the President Bong Go.

Go said Duterte’s visit to Sulu was arranged only that day. The President decided to fly to Sulu “immediately to give moral support” to the wounded troopers, Go told Rappler.

The sudden plan caught even the Western Mindanao Command by surprise, said Tan. Media were also not told about the visit.

Also with Duterte in Sulu was Armed Forces of the Philippines Chief of Staff Ricardo Visaya. 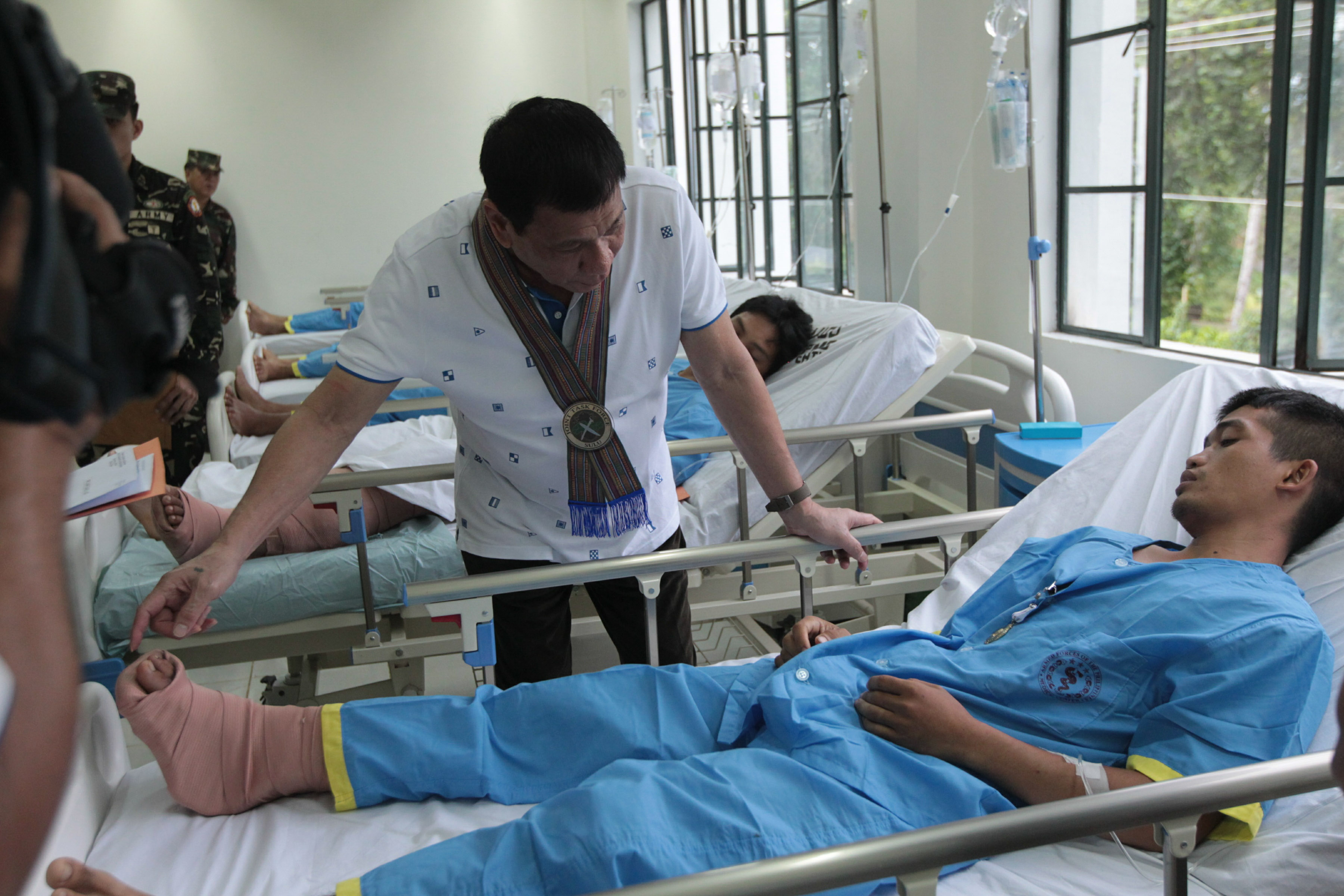 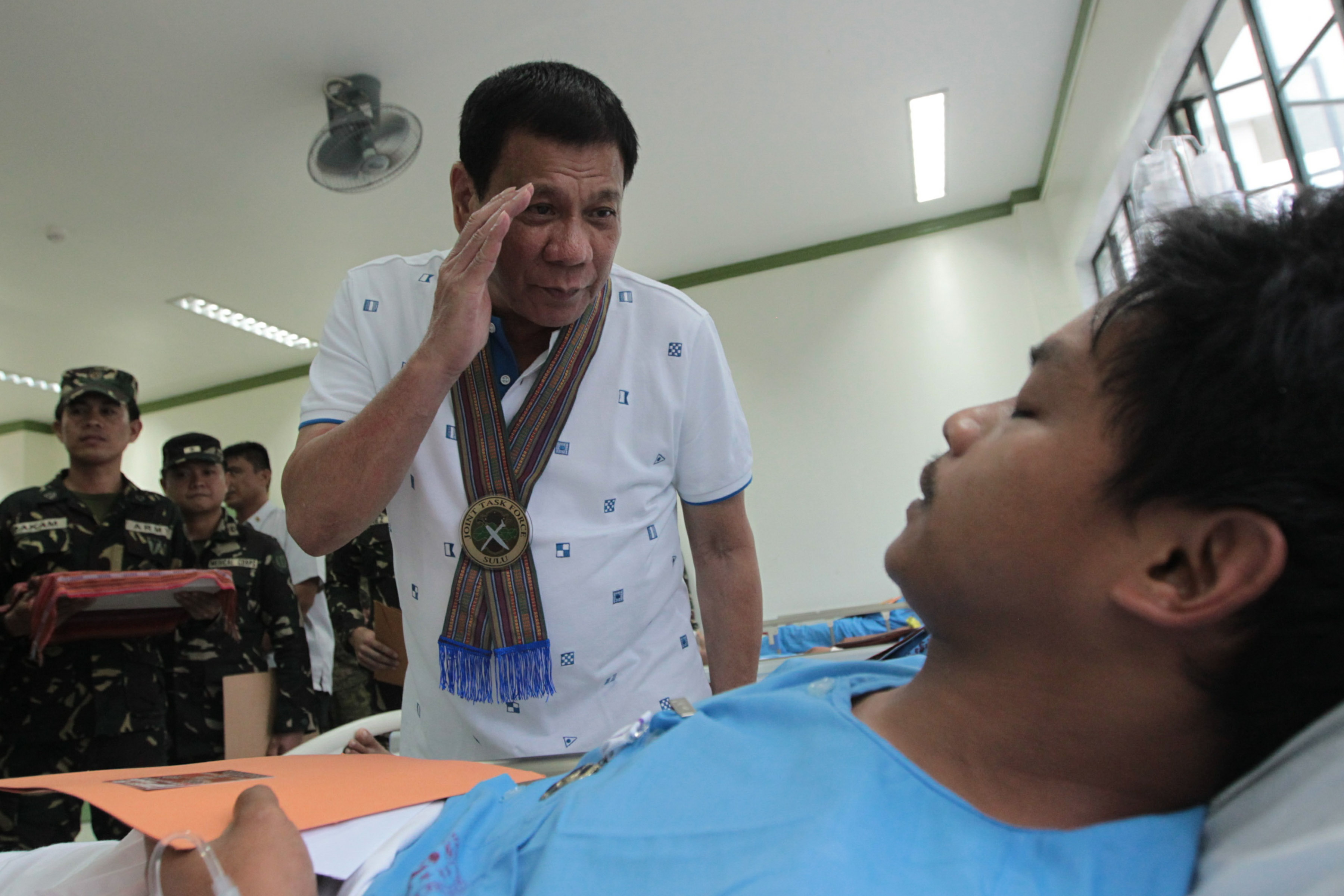 Duterte has frequently visited military camps during his first months in the presidency. His first visits were to camps in Abu Sayyaf strongholds like Sulu and Basilan.

He has also hosted a dinner for wounded soldiers in Malacañang and made many promises to the military, including higher salaries, better medical facilities, and new defense equipment. 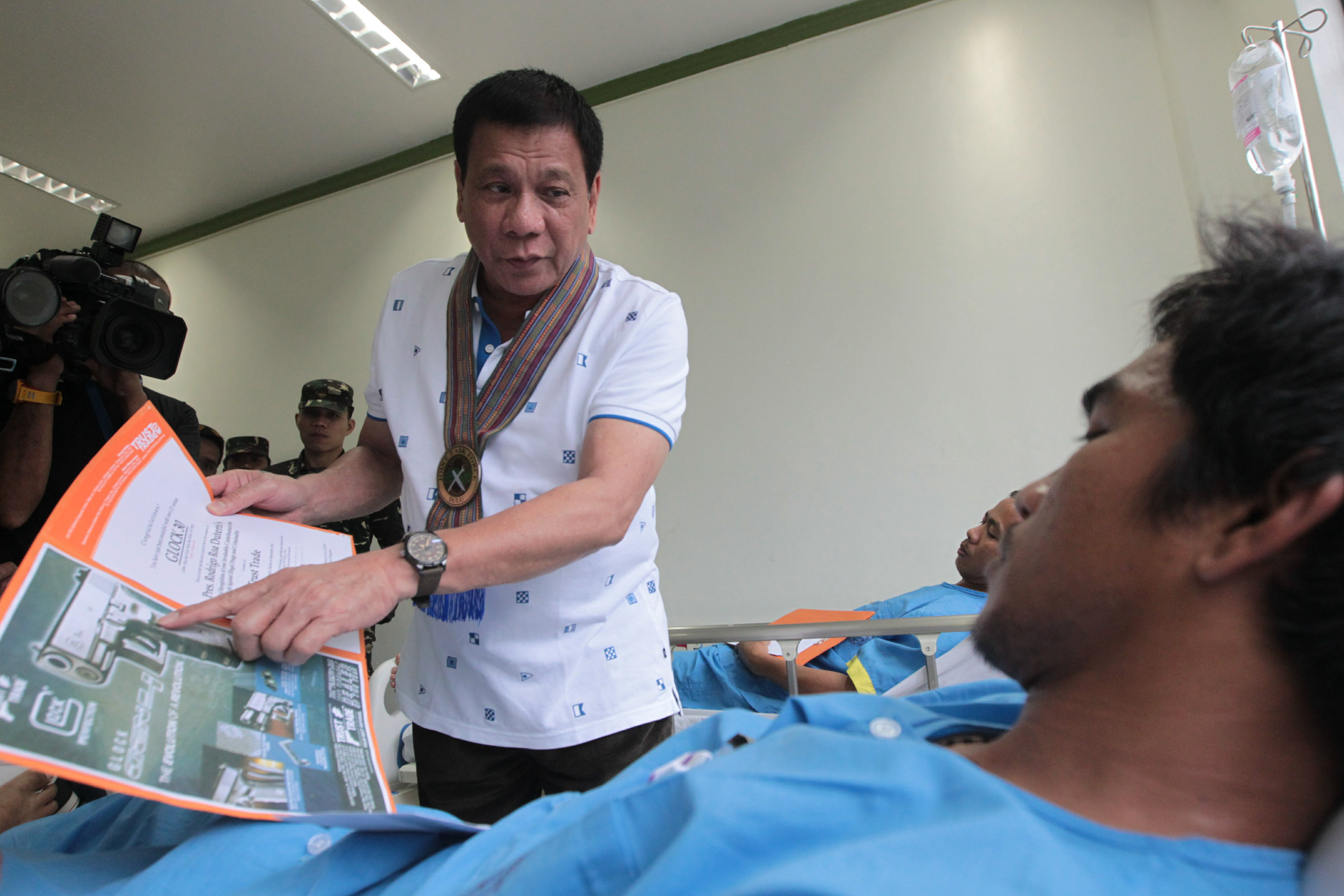