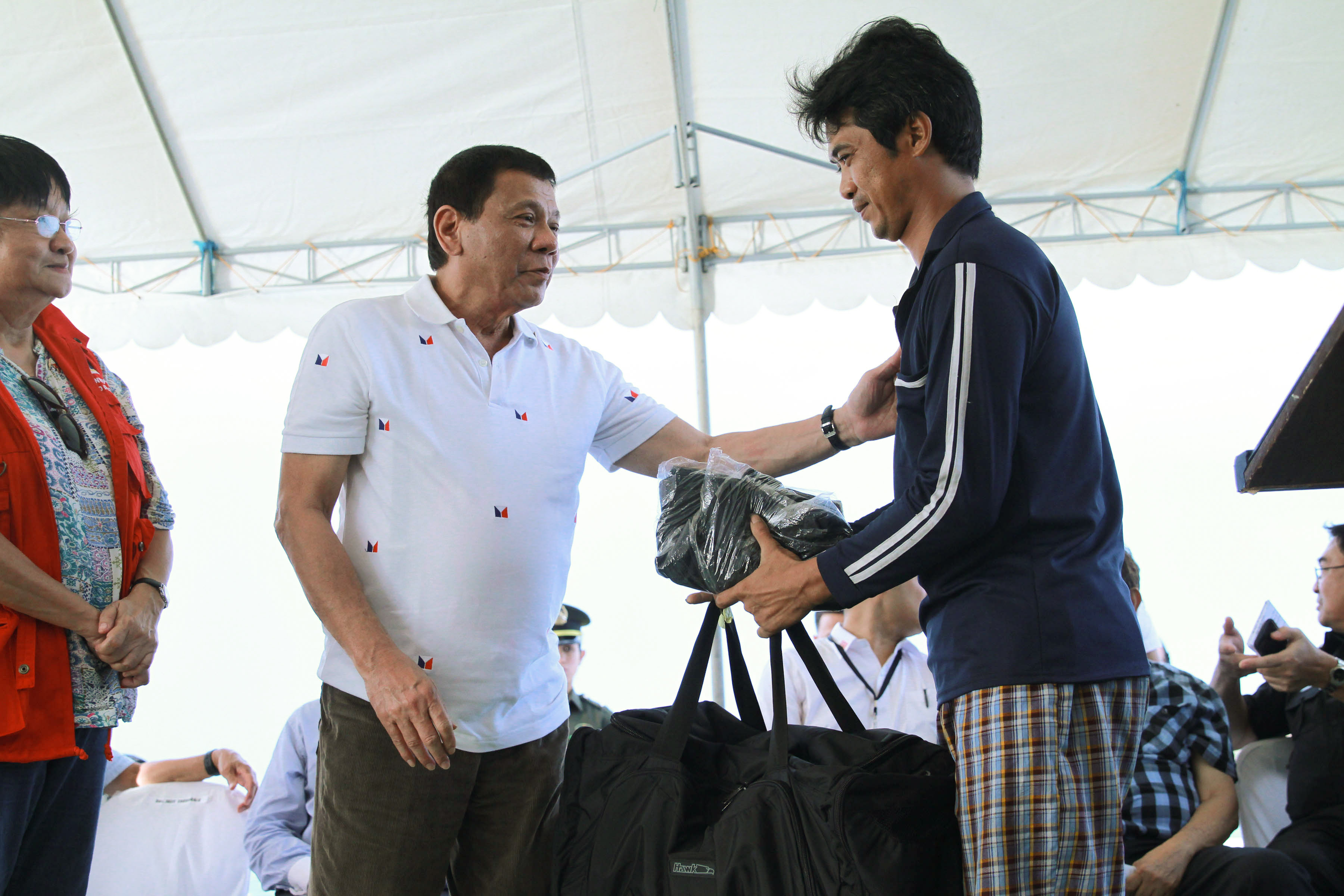 PANGASINAN, Philippines – President Rodrigo Duterte himself presided over the release of 17 Vietnamese fishermen accused of poaching in Philippine waters.

“I’d like to send off our good friends,” he said on Wednesday, November 2, at the Sual Sea Wharf in Pangasinan where the 17 fishermen sat in the audience along with local government officials.

After a 20-minute speech, Duterte gave the Vietnamese nationals assorted vegetables, hygiene kits, 3 liters of diesel, 3 cavans of rice, instant noodles, and even water-repellent jackets for their voyage home.

“We are thankful to President Duterte and the rest of the Filipino people for allowing us to return home to Vietnam,” said one of the fishermen, Pham Huu Tuy, through an interpreter.

Their release was negotiated by Vietnam President Tran Dai Quang during Duterte’s working visit to their country last September 28 to 29, according to Vietnamese Ambassador Truong Trieu Duong.

LOOK: The 17 Vietnam fishers to be released by #PresidentDuterte today. They deny poaching in PH waters. pic.twitter.com/piR7mKeX9I

Duterte, said Truong, had promised “without hesitation” to order the immediate release of the fishermen.

“We are here to witness that such a promise has been brought to reality. I’d like to take this opportunity, first of all, to convey my President his Excellency Tran Dai Quang’s gratitude to his Excellency President Duterte for the swift and steadfast realization of his promise,” said Truong during the event.

“We, the Vietnamese people, especially the fishermen and their families, are forever in debt to such an act of goodwill, the kind humanitarian gesture by you, Mr President, and the Philippine people,” added the Ambassador.

After receiving the provisions from Duterte and Social Welfare Secretary Judy Taguiwalo, the 17 Vietnamese fishermen boarded their 3 vessels to begin their journey home.

The original plan was for them to be flown to Vietnam via a Philippine Airlines flight to be shouldered by the Philippine government, said Bureau of Immigration chief Jaime Morente. But the fishermen requested to be allowed to travel by sea instead. 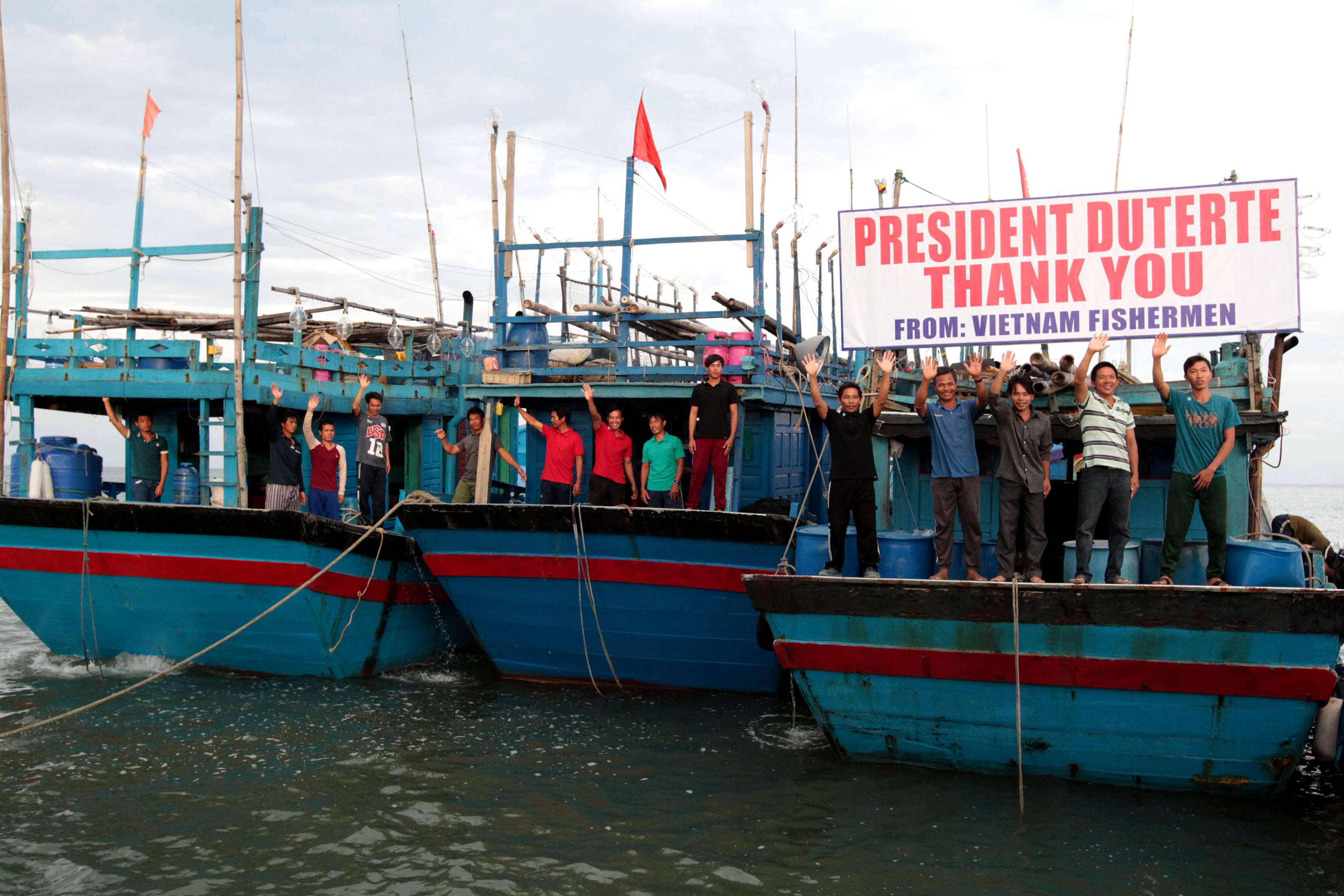 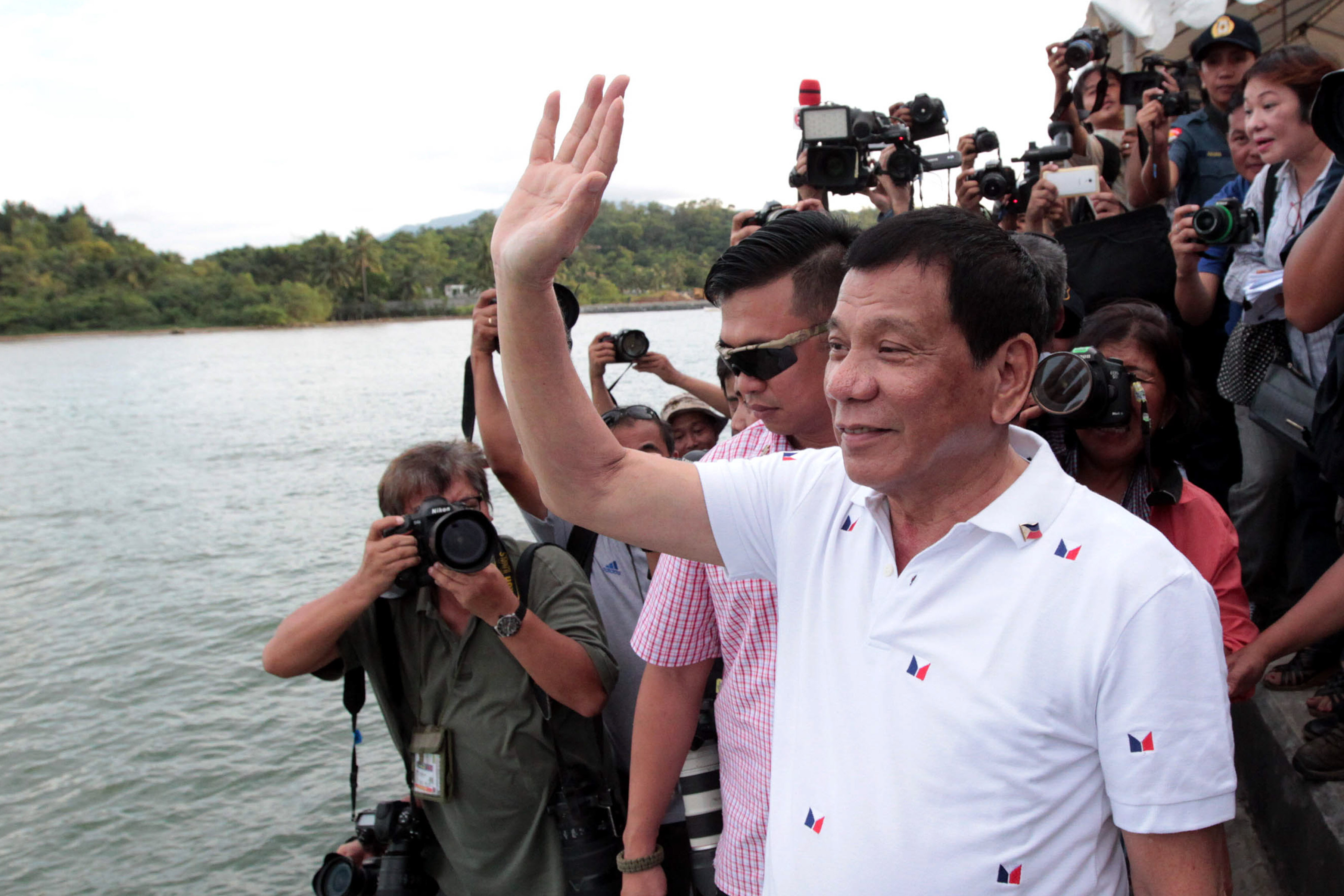 The fishermen had spent two months in the Philippines after the Northern Luzon Navy caught them off the coast of Sta Catalina, Ilocos Sur on September 8. They had been accused of poaching in Philippine waters.

The Ilocos Sur provincial government and the Bureau of Fisheries and Aquatic Resources (BFAR) Region I filed a complaint against them for violating the amended Fisheries Code or Republic Act 10654.

The Bureau of Immigration also charged the 17 Vietnamese with illegal entry.

But the Vietnamese government backs the fishermen’s claim that they were only driven to Philippine waters due to bad weather. At the time, Typhoon Ferdie (Meranti) was on its way to the Philippine Area of Responsibility.

“We were fishing north of Vietnam when incidentally we were hit with bad weather. This made us enter Philippine waters,” said Pham, one of the fishermen.

President Quang had appealed to Duterte during his Vietnam visit to allow a total of 29 Vietnamese nationals to go back home.

True enough, on September 30, a day after Duterte’s visit, Justice Secretary Vitaliano Aguirre II told media he had ordered the fast-tracking of the release of the 17 Vietnamese fishermen.

He had called it an “act of goodwill” by the Philippine government.

On October 7, the Ilocos Sur provincial government dropped its case, saying in a resolution that “there was no intent on [the Vietnamese fishers’] part to violate” the Fisheries Code.

The central BFAR office dismissed the administrative case filed by its Region I office.

The BFAR, “upon conduct of investigation,” dismissed the deportation charge against the Vietnamese on the ground that they were acting “in good faith” and “had no deliberate intention to violate” Philippine laws.

On October 10, the Department of Justice issued a memorandum allowing the Vietnamese to return to their country “without being blacklisted nor subjected to any fine or penalty.”

But it seems not everyone is happy with the concession given to the Vietnamese.

A fisheries official told Rappler that there is little reason to doubt the Vietnamese were fishing illegally.

“Look at their boats. They are fishing boats. Why would they still be here if they were not doing anything wrong?” the official said.

A navy official who declined to be named said considerations are sometimes given to foreigners caught in Philippine waters during bad weather but that this was a “special case” because of the President’s “recent visit to Vietnam.” – Rappler.com