Duterte to PNP: Cancel purchase of US assault rifles 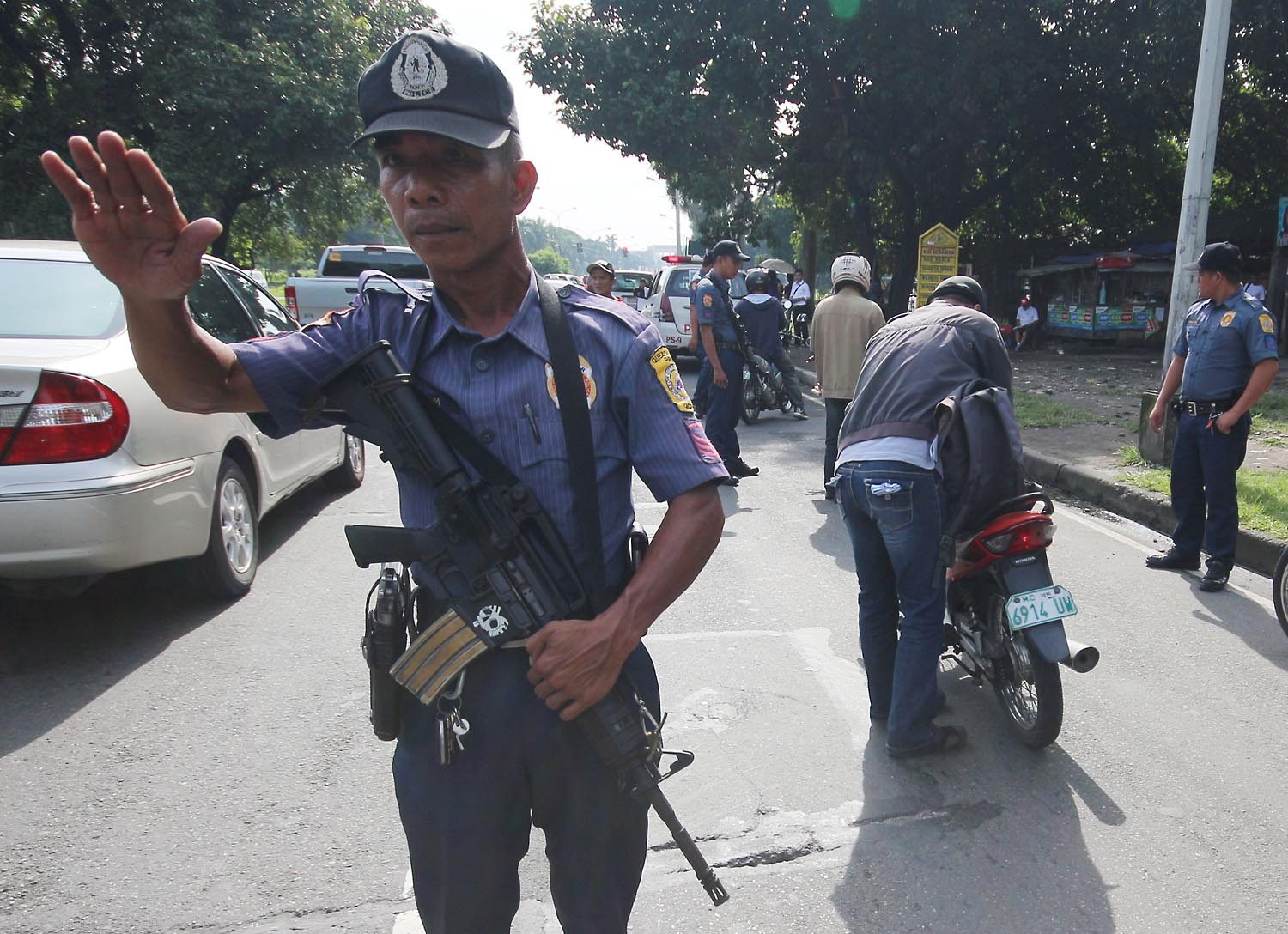 MANILA, Philippines – President Rodrigo Duterte ordered the Philippine National Police (PNP) to cancel the purchase of assault rifles from a US firm following reports that a US senator would block the sale.

“I am ordering the police to cancel it,” Duterte said in Malacañang on Monday, November 7.

“We will just have to look for another source that is cheaper, maybe as durable and as good as those made from the place where we’re ordering it,” added Duterte.

In the same breath, Duterte said the rifles are no longer needed.

“Hindi natin kailangan (We don’t need it). You know why? Sino ang patayin ko? Tayo tayo lang nagpapatayan dito. (Who will I kill? We are killing each other.) We buy bullets? What for? For Filipinos?

This contradicts the earlier reaction of PNP chief Director General Ronald dela Rosa, who raised concern over the reported failed sale. “Malaki ang epekto kasi sayang. Nakakasa na ang bill. Supposed to be, sa kanila tayo bibili ng mga M4 na i-equip natin sa public safety forces sa PNP (It has a huge effect because it’s a wasted opportunity. The bill is already there. We were supposed to buy M4 rifles that we would use to equip the PNP’s public safety forces),” Dela Rosa told reporters on November 1 when asked about the report.

The PNP planned to purchase 26,000 rifles to arm cops nationwide. But US Senator Ben Cardin reportedly vowed to block the purchase, concerned that US guns would be used in committing human rights abuses in the Philippines.

US weapons makers must inform Congress when selling to foreign entities.

Cardin, a ranking member of the US Senate’s foreign relations commitee, had earlier called out Duterte for “advocating and endorsing what amounts to mass murder” in his war on drugs.

He had also warned of imposing more conditions on US aid to the Philippines if the spate of killings linked to the state campaign continued.

Dela Rosa considered seeking the assistance of the Department of Foreign Affairs to make sure the sale pushes through, but stressed that he would take the cue from the President. – Rappler.com