Facebook Twitter Copy URL
Copied
(3rd UPDATE) 'Maliciously, they have been linking me to the alleged Espinosa drug trade, with the intent of leaving the impression that I am a protector, which is absolutely false,' says Leyte Governor Leopoldo Dominico Petilla

The top Leyte officials made the separate statements on Thursday, November 10, following their inclusion in the affidavit executed by the late mayor a month before he was killed in a police operation inside his jail cell.

The affidavit listed the alleged protectors of Kerwin, an alleged top drug lord in Eastern Visayas, in government. Kerwin is set to be deported to the Philippines following his arrest in Abu Dhabi.

“Maliciously, they have been linking me to the alleged Espinosa drug trade, with the intent of leaving the impression that I am a protector, which is absolutely false,” Petilla told Rappler in an interview.

“I don’t have any relationship with the Espinosas, I haven’t received bribes, have not provided protection to any of them, nor have I had personal knowledge about Mayor Espinosa and his son,” the governor added.

Petilla, who chairs the Liberal Party in Leyte, said his inclusion in the list was apparently aimed at discrediting him and his party.

He said Espinosa had tried to join the LP before the filing of candidacies for the 2016 elections but he rejected him because of the late mayor’s alleged drug links.

(Before the filing [for the 2016 elections] Mayor Espinosa wanted to get into the Liberal Party but I didn’t allow it because of those stories linking him to drugs.)

In relation to Espinosa’s death, Petilla called on the police to ensure a thorough, impartial, and prompt investigation into “those who may be responsible, who may hold command responsibility, as well as those who may have tampered with or ordered the commission of acts and even to tamper with the crime scene.” 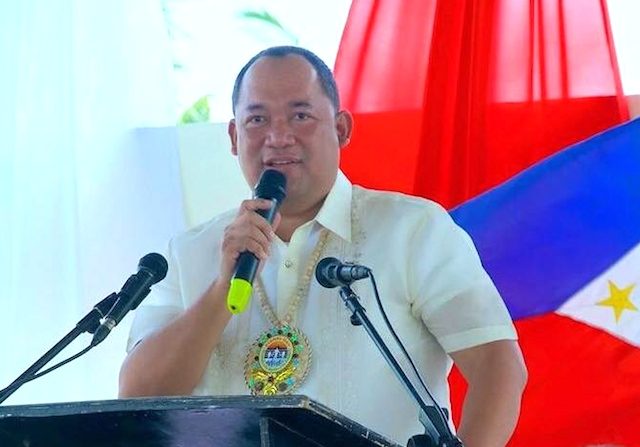 According to Vice Governor Loreto, when he learned that Espinosa had identified him as a drug protector, he sought help from Eastern Visayas police regional director Chief Superintendent Elmer Beltejar. He asked authorities to investigate how he became connected with the Espinosas.

“Being innocent and having no clue, my instinctive response was to immediately inquire about this matter and requested full investigation. I signified my full cooperation and we were asking about the circumstances, only to be told that I was not in the blue book,” he said.

Loreto also condoled with the Espinosa family for their loss, and expressed his wish that the mayor were still around so the veracity of his affidavit would be tested.

‪”How we wish Mayor Espinosa would have been present so the veracity of his affidavit may be tested. We remain respectful to the late Mayor Espinosa despite belonging to opposing political parties. Condolences to his family‬,” the Vice Governor said.

Loreto also welcomed the Senate investigation into the death of Espinosa which began that day. He said “whoever manipulated to craft that affidavit including me should be investigated further.”

As the Senate began its inquiry into Espinosa’s death on Thursday, Philippine National Police chief Director General Ronald dela Rosa ordered the relief of 24 policemen involved in the operation that resulted in the death of the mayor. – Rappler.com