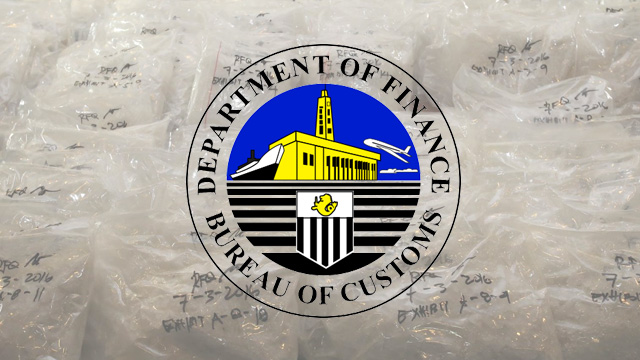 The couriers were Ronald Puerto Revera, 26, from Caloocan, and Bryan Levantico Cortes, 26, from Mabalacat in Pampanga.

They were alleged to be members of drug syndicates, and the two were arrested for possessing and importing around 1.2 kilograms of shabu (methamphetamine hydrochloride), according to Bureau of Customs Deputy Commissioner Ariel Nepomuceno.

The two were apprehended upon claiming a bag at the warehouse, which arrived at the NAIA on October 21. The bag was sent by one Kinzolani Guylain from Congo. While it was initially declared to contain wigs and shirts, a BOC examiner found shabu packed and sewn into the bag’s inner panel.

The shabu shipment has an estimated street value of P8 million, and was turned over to the Philippine Drug Enforcement Agency (PDEA).

The suspects, who are currently in the custody of BOC’s Enforcement and Security Service (ESS), will be turned over to PDEA as well.