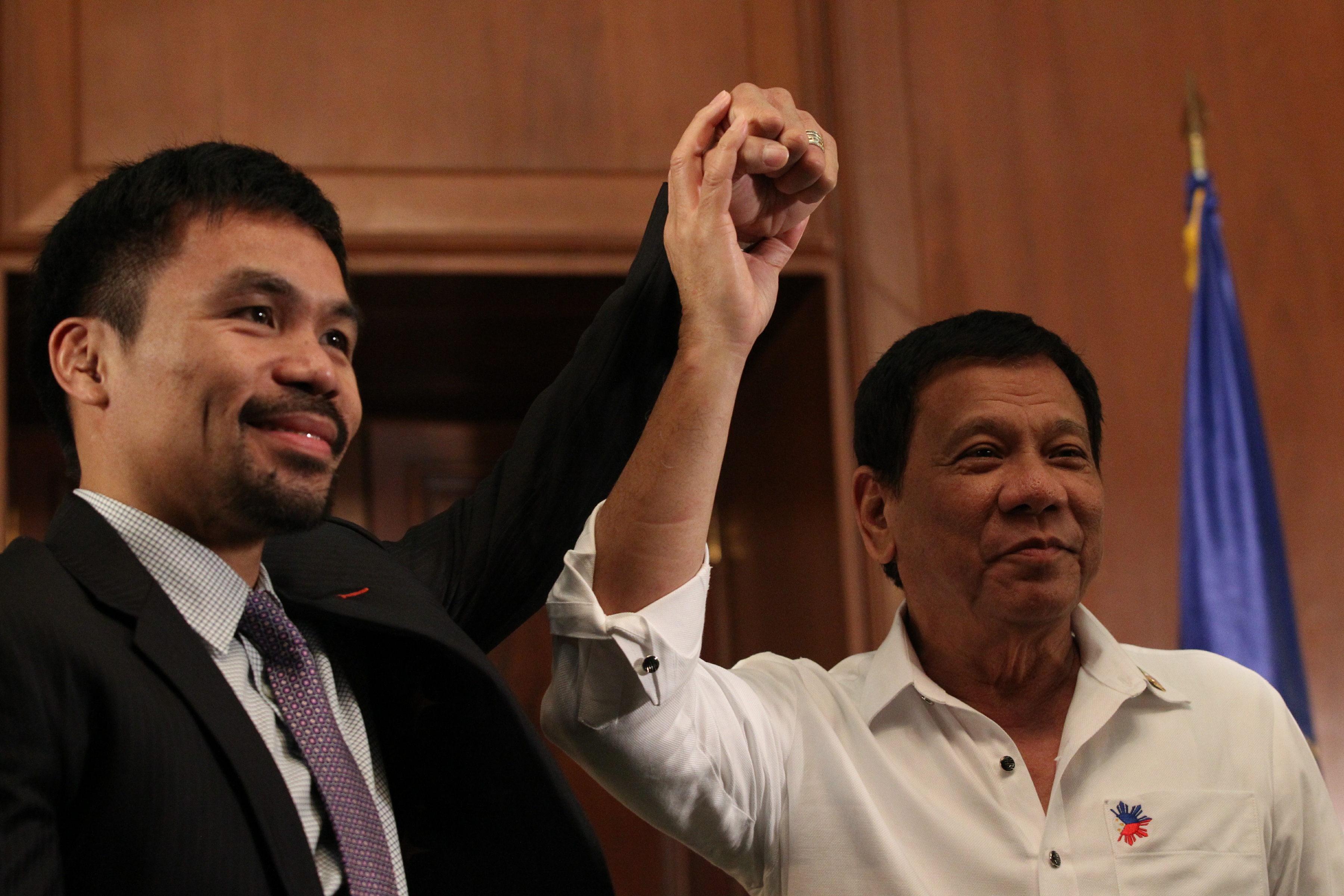 No less than President Rodrigo Duterte described world boxing champion turned senator Pacquiao as presidential material. But for the neophyte senator, there are no definite plans yet.

(The presidency isn’t on my mind yet. I’m focusing on my current work – boxing and my duties at the Senate. I’m busy.)

Pacquiao, a staunch Duterte ally, said he is not closing his doors just yet but added that the presidency is something that only God can dictate.

Pacquiao, who has limited legislative experience and education, was propelled to the Senate after ranking 7th highest in the 2016 senatorial race. Analysts attributed his victory to his popularity.

Before becoming senator, Pacquiao was congressman of Sarangani province.

(I’m not ruling out the possibility. Becoming president is God’s will. We shouldn’t aspire for it so much. Let’s just do our job so we can help many Filipinos.)

For the senator, 2022 is still far away. He emphasized that he would bring his dedication in the ring to the Senate session hall, where he has so far not missed any session yet. This is in stark contrast to his performance in the House of Representatives, where he was the top absentee lawmaker.

(For me, it’s really all just work, I try my best, like how I dedicated myself to learning the sport of boxing and how I strived to accomplish feats in my boxing career, the way I discipline myself, work hard. I’m dedicated to my work. I always enjoy it, I’m excited, I carefully study the problems of the country.)

Pacquiao also said that if there would be no changes in the Philippines in the next 6 years, he might consider leaving politics.

(That’s still too far to think about and talk about, because we have problems to address right now. If we don’t resolve these problems, if we fail to make changes in the next 6 years, I think I would no longer want to be in politics. My commitment is that I should be able to help the people, make changes.)

Pacquiao has so far echoed Duterte’s views on controversial issues – from the death penalty and hero’s burial for former president Ferdinand Marcos, to martial law – and is one of Duterte’s defenders in the Senate. – Rappler.com