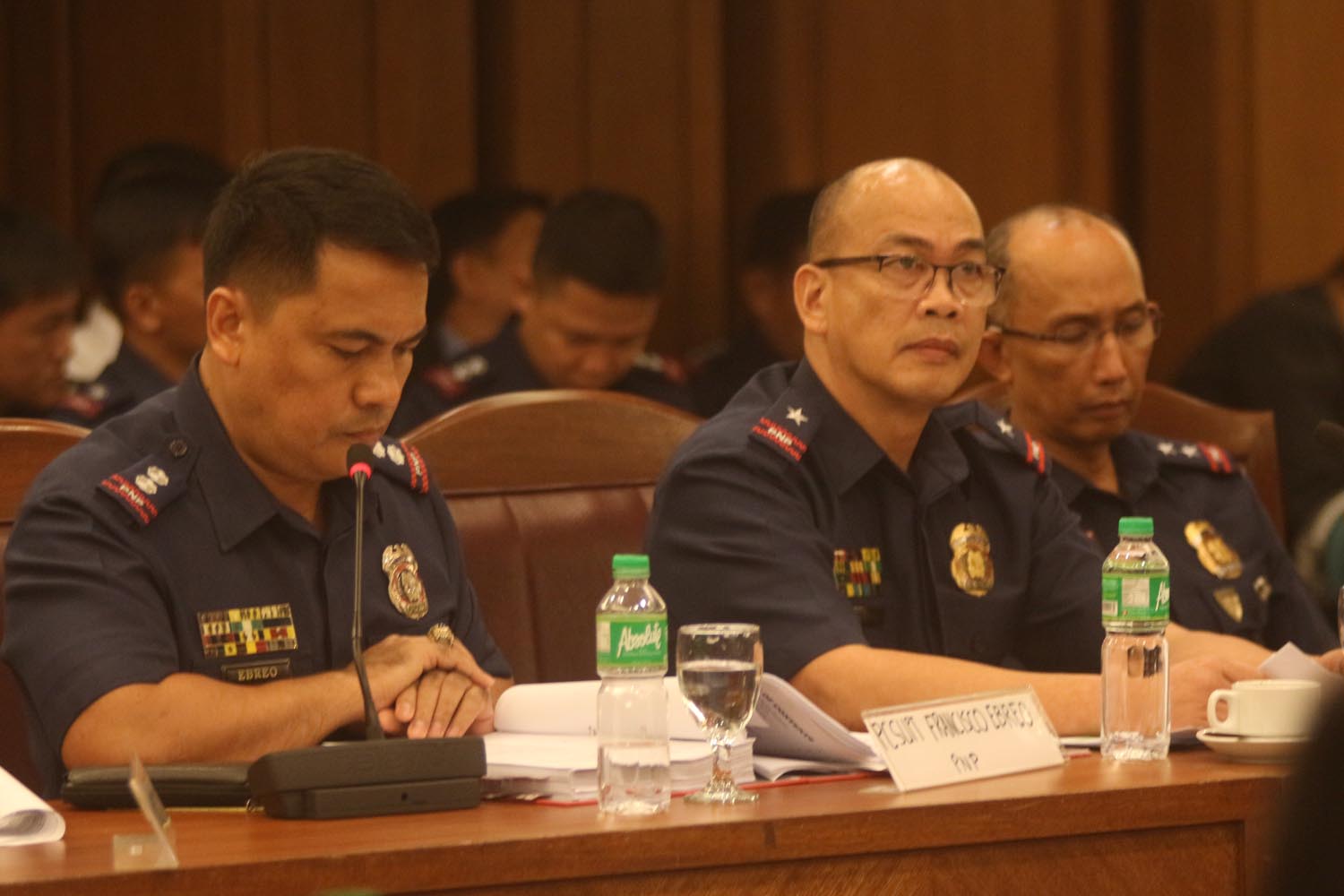 Police Director Benjamin Magalong and NBI Deputy Director Ferdinand Lavin disclosed this at a hearing of the House justice panel’s subcommittee on correctional reforms, when asked for an update on efforts to locate Dayan.

They said the PNP and NBI have tapped their regional offices nationwide and have deployed  tracker teams to look for the elusive Dayan, who has been in hiding since August.

“We sent out a flash alarm…not only to our regional office in Region 1 but in all other regional offices of the police of the Philippine National Police. We have also directed Police Regional Office 1 to create tracker teams, your honor. And in two occasions, raids were conducted in Urbiztondo and vicinity, your honor, but unfortunately the result was negative,” Magalong said.

Lavin, for his part, said:  “The latest update is that our tracker teams continue to scour Pangasinan area and other provinces, your honor. We haven’t received any significant information as of this day.”

Justice Secretary Vitaliano Aguirre II had earlier alleged that a “big-time” politician was hiding and protecting Dayan somewhere in Northern Luzon, but said the report was still being validated.

Lavin said the NBI is pursuing “very good leads” but refused to disclose details as Dayan might be monitoring the hearing, which was televised and streamed online.

“Much as we would like to discuss in detail the operational procedures we are applying in trying to locate and arrest Ronnie Dayan, we do not want to jeopardize the ongoing operations of the NBI.…We do not want also to compromise the safety of our cooperating informants who are providing us with leads,” said Lavin.

“As we discuss this in Congress, your honor, I believe Ronnie Dayan is watching us,” he added.

Dayan went into hiding in August after President Rodrigo Duterte claimed in a speech that Dayan had an illicit affair with De Lima, and that the two were involved in the narcotics trade at the New Bilibid Prison (NBP) when the senator was justice chief.

De Lima and Dayan were among the individuals held liable by the justice committee for the proliferation of illegal drugs at the national penitentiary, based on the testimonies of witnesses, mostly convicts, at a congressional inquiry.  (READ: Inmate: Attack on Sebastian meant to stop testimony vs De Lima)

The panel had cited Dayan in contempt and ordered his arrest for failing to appear at the hearings. This prompted the office of House Sergeant-at-Arms Roland Detabali to seek help from law enforcement agencies to effect the arrest of Dayan, who hails from Pangasinan.

The Volunteers Against Crime and Corruption (VACC) had announced a P1-million reward for information leading to Dayan’s arrest. This was a day after De Lima admitted in an exclusive televised interview that she had a romantic affair with him. (READ: Dayan, wife long separated before our relationship – De Lima)

Aguirre had said that De Lima’s admission bolstered the criminal charges against her, and may be a ground for disbarment, but the President himself said that this is  not enough to prove her role in drug trafficking.  – Rappler.com