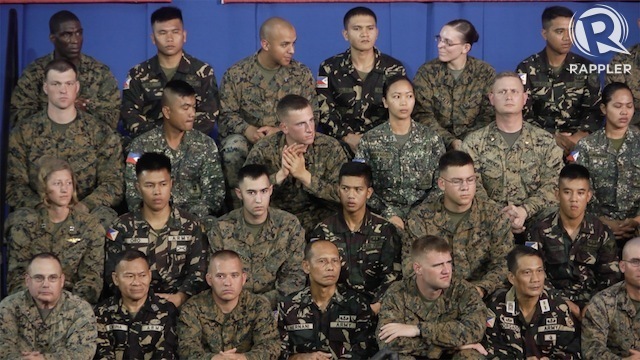 MANILA, Philippines – The month-long Balance Piston war games, an annual training exercise between a small group of special operations forces from the Philippine and US militaries, begin this week in Palawan. But exercises will be limited to follow the orders of President Rodrigo Duterte.

“It will be a one month activity. In line with the guidance from higher headquarters, we reduced live fire exercises. But we will still have marksmanship training inside the camp because you have to improve your marksmanship skills,” said Army spokesman Colonel Benjamin Hao.

Hao said the annual Balance Piston war games aims to test the basic warfighting skills of the soldiers and to improve the relationship between the two armed forces.

Duterte, who wants to forge better ties with China, has repeatedly threatened to end war games between the Philippines and the US. But Defense Secretary Delfin Lorenzana was able to arrange a compromise where some joint activities will continue.

Counterterrorism cooperation will continue, but a number of naval drills will be scrapped. (READ: PH, US war games to continue, EDCA to be implemented)

It means that Balikatan war games will be held next year, but 2 other regular exercises focused on the joint training of the marines and the navies – the Philippine-US Amphibious Landing Exercises (Phiblex) and Cooperation Afloat Readiness and Training (CARAT) – are cancelled.

The chiefs of the Armed Forces of the Philippines and the Hawaii-based US Pacific Command hold a yearly Mutual Defense Board-Security Engagement Board (MDB-SEB) meeting to plan joint activities between the two militaries.

This year’s MDB-SEB is scheduled on November 22. – Rappler.com