DOH: No mass retrenchment of health workers in 2017 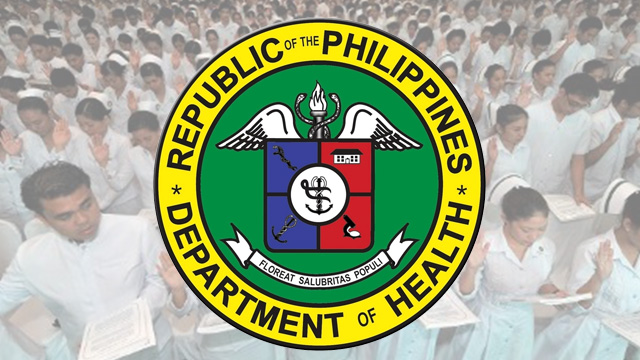 The health department said while its deployment program for doctors, nurses, midwives, dentists, and medical technologists is “generally successful,” it is still just a “short-term, stopgap measure” to address the country’s health workforce problems.

Senate Minority Leader Ralph Recto had raised the alarm over the DOH’s proposed 2017 budget, which will lead to a “drastic” downsizing of health personnel under the Rural Health Practice Program. He suggested ways for Congress to intervene in the issue.

On Friday, Health Secretary Paulyn Ubial used the Nurses Deployment Program to illustrate “the whole picture of the current situation.” After all, many nurses in the country remain unemployed or underemployed.

“While it is true that the Nurses Deployment Program reduced the number of hired nurses by 6,970 in 2017, nobody will really lose their job (for those currently hired in the program) because the nature of such hiring is on a contractual basis, not a permanent one,” Ubial said in a statement.

She added, “The proposed 2017 budget for the program raised their salaries and therefore, after adjustments, resulted in fewer hires.”

According to the health department, the Nurses Deployment Program can hire nurses for “higher than usual salary rates” because of the nature of the contract: short-term, for a maximum of one year or two 6-month contracts.

The program is meant not only to provide nurses with experience, but also to absorb good performers in available permanent government posts.

DOH estimated around 12% of deployed nurses are eventually hired, with permanent posts in government hospitals or public health offices.

As for the Doctors to the Barrios Program, DOH said only 70% of the slots for doctors were filled up in 2016.

There may be available positions and budget for the program, but 30% of available slots remained vacant this year.

To address the country’s health workforce problems, the DOH said it is pushing for the following:

“The DOH is committed to provide health professionals with the necessary support they need to implement effective and efficient programs of the Philippine Health Agenda. We salute the health workers. Without them, all of these efforts would be nothing,” Ubial said.

The proposed cut in the number of health workers comes just as the Philippines is looking to improve its public health system under the Duterte administration.

Ubial even went to Cuba in August to study the Latin American country’s successes in public health. (READ: What PH can learn from Cuba’s health services)

There, she learned that the Philippines needs 35,000 more doctors if it is to adopt the Cuban model in health human resource. – Rappler.com