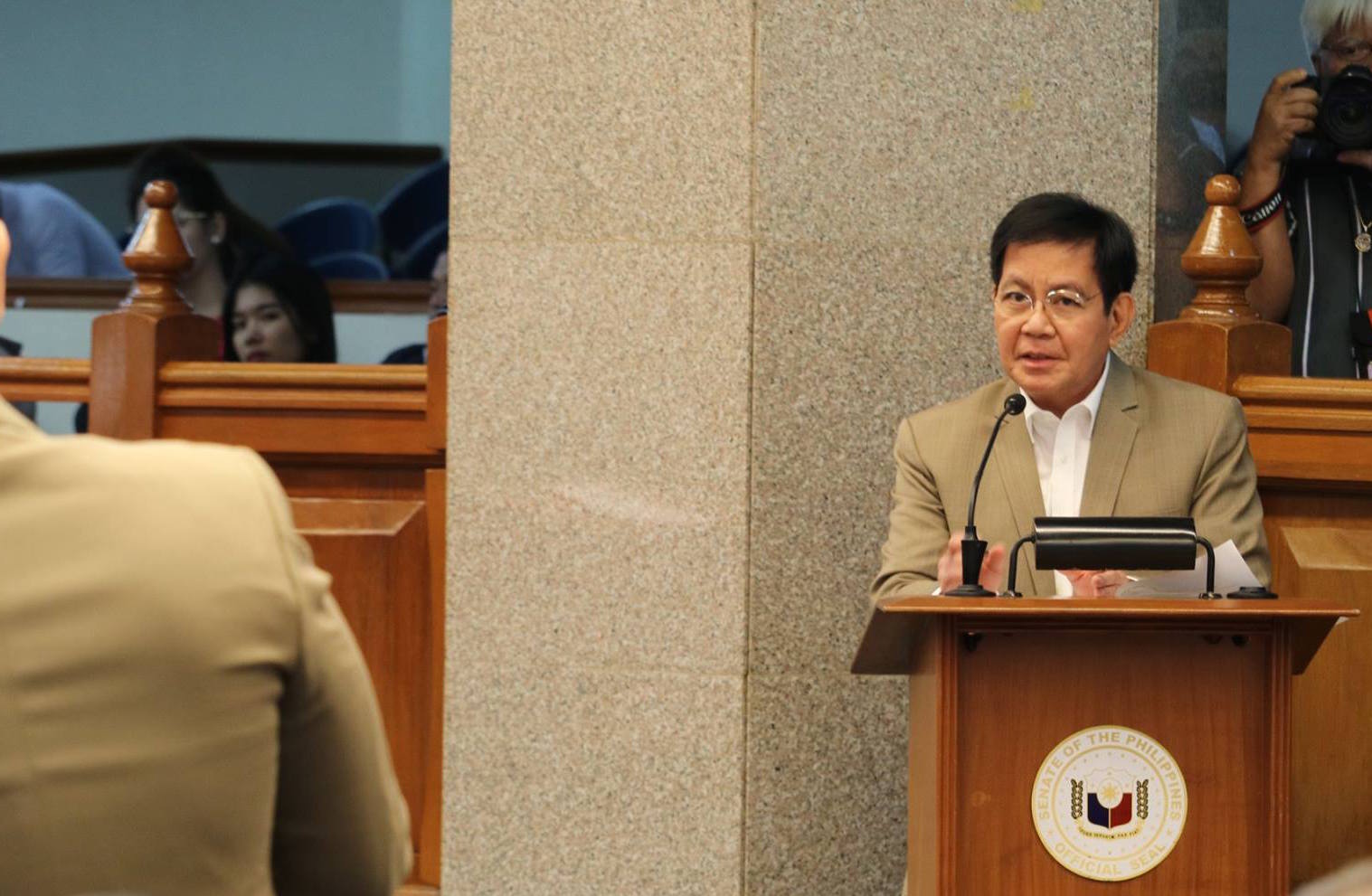 MANILA, Philippines – Senators on Monday, November 21, questioned the excessive lump sum allocations in the proposed 2017 budget of the Department of Public Works and Highways (DPWH), amounting to more than P9 billion.

Senate President Pro-Tempore Franklin Drilon and Senator Panfilo Lacson criticized the agency for not specifying the programs and projects to be funded.

On Monday, Lacson first questioned the P500 million line item in the DPWH budget, as it is only described in the General Appropriations Bill as for the “Central Office.”

Senator Loren Legarda, sponsor of the DPWH budget, explained that the fund was meant to “augment” feasibility studies. But Lacson said there was already a P5.9 billion itemized line in the budget for such studies.

Legarda then said it is only a “standby fund” for possible project needs. This did not sit well with Lacson and Drilon, who said lump sum funds are discretionary.

Drilon even likened it to the Priority Development Assistance Fund or pork barrel, which the Supreme Court ruled as unconstitutional.

“After the budget is passed, it becomes the General Appropriations Act. The secretary of public works is authorized to identify where this will be spent. That’s precisely what PDAF is all about. Isn’t this what the SC struck down as unconstitutional?” Drilon said.

Legarda still defended the budget, saying the agency needs a contingency fund in case of earthquakes. But Lacson pointed out there is a separate budget for that from the National Disaster Risk Reduction Fund.

Legarda replied, saying she was only giving an example. She went on to say that “there is really a need” for the P500 million standby fund for “soil analysis.”

Lacson seemed unconvinced: But isn’t the Department of Environment and Natural Resources the one capable of soil analysis?

Legarda said that while the DENR conducts the same, the soil analysis needed for infrastructure projects is different.

Lacson questioned another lump sum fund in the DPWH budget amounting to P150 million, which is again only identified as “Central Office.”

Legarda said the amount would be sub-alloted to the region and would then be submitted to the Senate before the budget’s approval.

Lacson was on a roll scrutinizing the DPWH budget, as he went on to question the P9 billion lump sum funds for the payment for the right of way acquisitions – P5 billion for “various” complete projects and P4.06 billion for “ongoing” projects.

“There are details. The funds allocated is even lacking for all projects needed to be done,” Legard said.

But Lacson pointed out there is no specific list of the roads. Lacson also questioned why some provisions in the DPWH budget have specified the streets for right of way acquisition except for the two.

Legarda, in response, said: “It is difficult to determine which streets. We are not certain which will be speedier, which will be approved by the owners (of the property).”

She also said they would itemize the lump sum funds and submit it “in the next few days” before the budget’s approval.

Majority Leader Vicente Sotto III, upon calling the next senator to question Legarda, said in jest: “The sponsor has given up.”

Lump sum questioned in House, too

He said items under the National Road Network Services amounting to P1.079 billion were appropriated P25 million each, allegedly in the form of lump sums. “Where is the exact location of this project?” Roque asked.

“These are items in the budget placed by the DPWH precisely to give them flexibility as these are mostly asset preservation,” he said, similar to what Legarda mentioned in the Senate.

“It is only within the course of the year that the DPWH will find out where these services are needed. You cannot identify these as lump sums. It is clearly identified where the funds will be spent,” added Nograles. – Rappler.com