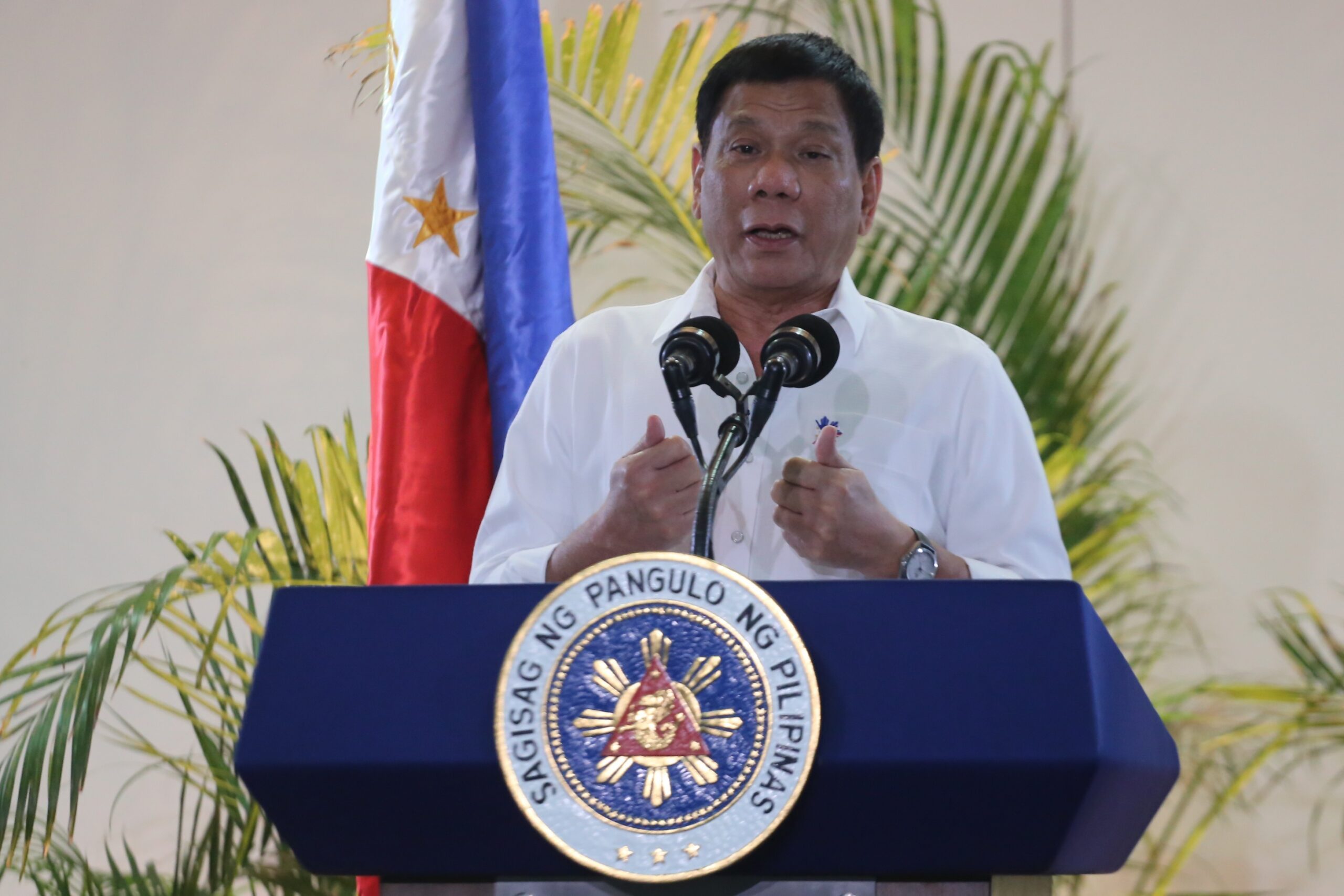 Facebook Twitter Copy URL
Copied
While he's not out to destroy the 'Ayalas' and 'Pangilinans,' Duterte says foreign companies will help make the country 'move faster'

“The only way to make this country move faster to benefit the poor is really to open up communications, the airwaves, and the entire energy sector. My decision now, at this moment is, bubuksan ko ang Pilipinas (I will open the Philippines for business),” said Duterte on Wednesday, November 24.

“It’s about time we share the money of the entire country and to move faster, make competition open to all,” he added.

He was holding a press conference after arriving from New Zealand, his stopover from Peru where he had attended the Asia-Pacific Economic Cooperation (APEC) Leaders’ Meeting.

It was at the APEC summit, where free trade was a central topic, that he strengthened his resolve to make it easier for foreign players to enter the telecoms and power industries in the Philippines.

Deviating from his prepared speech, Duterte addressed the “Ayalas” and “Pangilinans” who control the handful of companies into telecommunications and power.

“Who are the players? Who have the billions? ‘Multi’ is the first name, ‘billion’ is the last name. So why will I think twice? And I do not owe you anything. Precisely, I was avoiding you during the last election,” he said.

He told these big companies that he is not out to “destroy” them and that they should make the most of their position in the Philippine market.

“You have the advantage. You are here already. Be content with that. But let us open everything para matapos na itong kalbaryo ng Pilipino (so that the suffering of the Filipino can end),” he said.

The President promised they would get the “same protection” as foreign companies.

But he made a final tease. If Philippine companies agree to significantly lower the prices for their services, he would suffer a bout of amnesia.

“Now, kung i-dive niyo ang mga presyo ninyo, walang problema (Now, if you make your price dive down, no problem), I will forget my statement,” he said.

To new companies interested in investing in the Philippines’ telecommunications and power sectors, Duterte promised a reduction in red tape.

If he had his way, he himself would handle their applications.

(If I wanted, just give the application to my office. I’ll bring it to the respective departments and I’ll pick up the results.) – Rappler.com