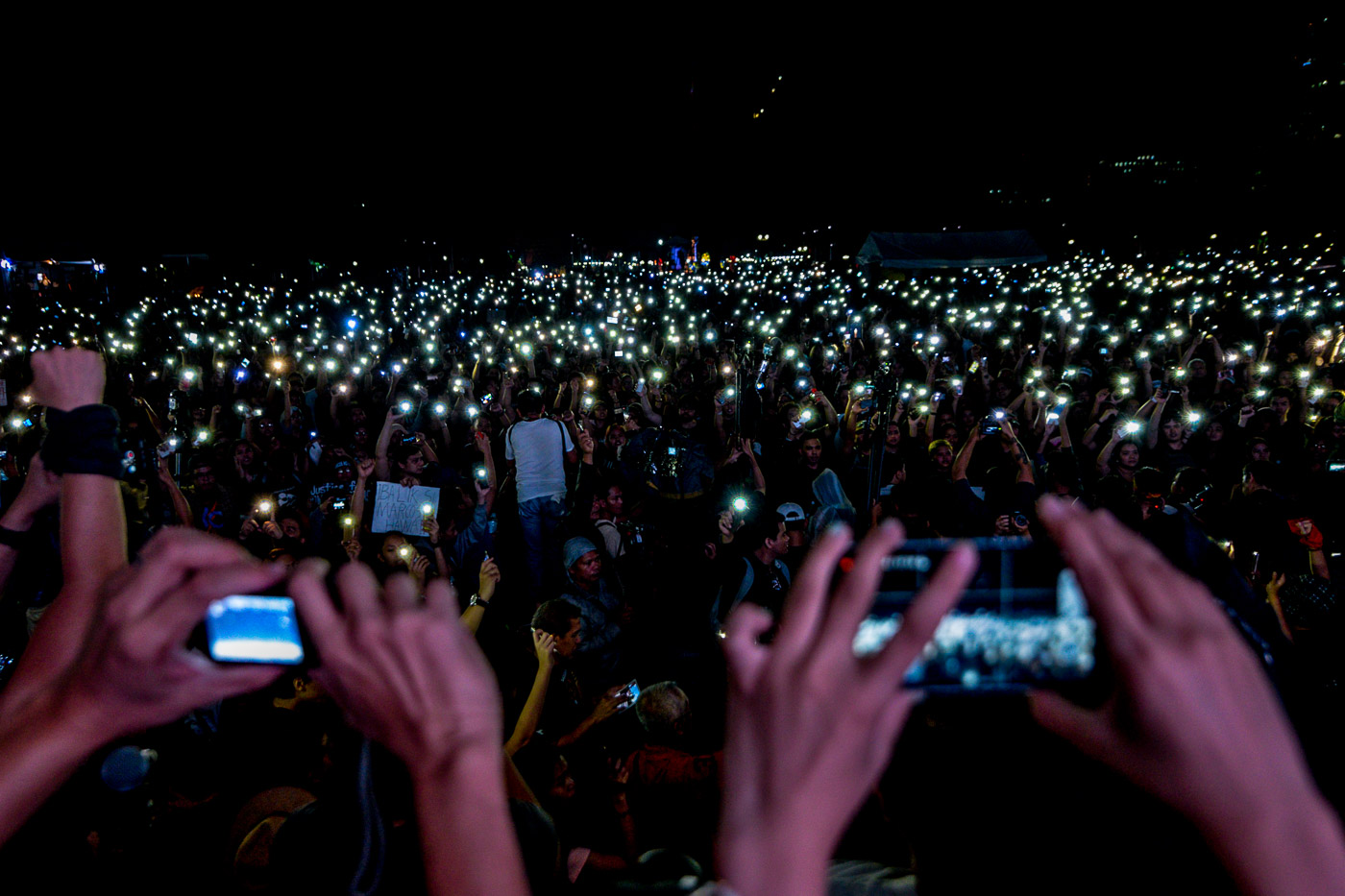 MANILA, Philippines – In a sea of black and amid chants by angry millennials, the late dictator Ferdinand Marcos got a fierce beating again Friday night at the Luneta Park in Manila. It was no different from those years before he was driven out of power.

Thousands of mostly young Filipinos born years after Marcos’ ouster in 1986 marched to the Luneta Friday afternoon, November 25, and stayed till the evening in a collective release of pent-up frustrations.

“Why are we here in the first place?” a speaker from the 1970s protest movement asked the crowd in Filipino. “Because they allowed the Marcoses to come home, that’s why!”

“Why are the Marcoses back in power?” asked another protester. “Because the system sucks, that’s why!” The students roared.

The Marcos family, their cronies, and security aides were forced out of exile after the 4-day EDSA People Power Revolution in February 1986. In Honolulu, the Marcos couple lived in a multi-million dollar home in posh Makiki Heights, where they continued to entertain friends weekly in lavish parties.

Marcos died there on September 28, 1989, while Imelda Marcos, a year later, would be cleared by a New York jury of racketeering charges filed by the federal government on allegations she aided in looting the Philippines’ coffers.

She was thus allowed to come home 1991, wasting no time in resurrecting their lost power. Imelda ran for president in 1992 but finished a poor 5th in an election won by one of the generals who helped oust her husband, Fidel V. Ramos, a Marcos cousin.

The Ramos government allowed the return of the Marcos remains in 1991, on condition – among others – that the body stayed in Batac, Ilocos Norte. 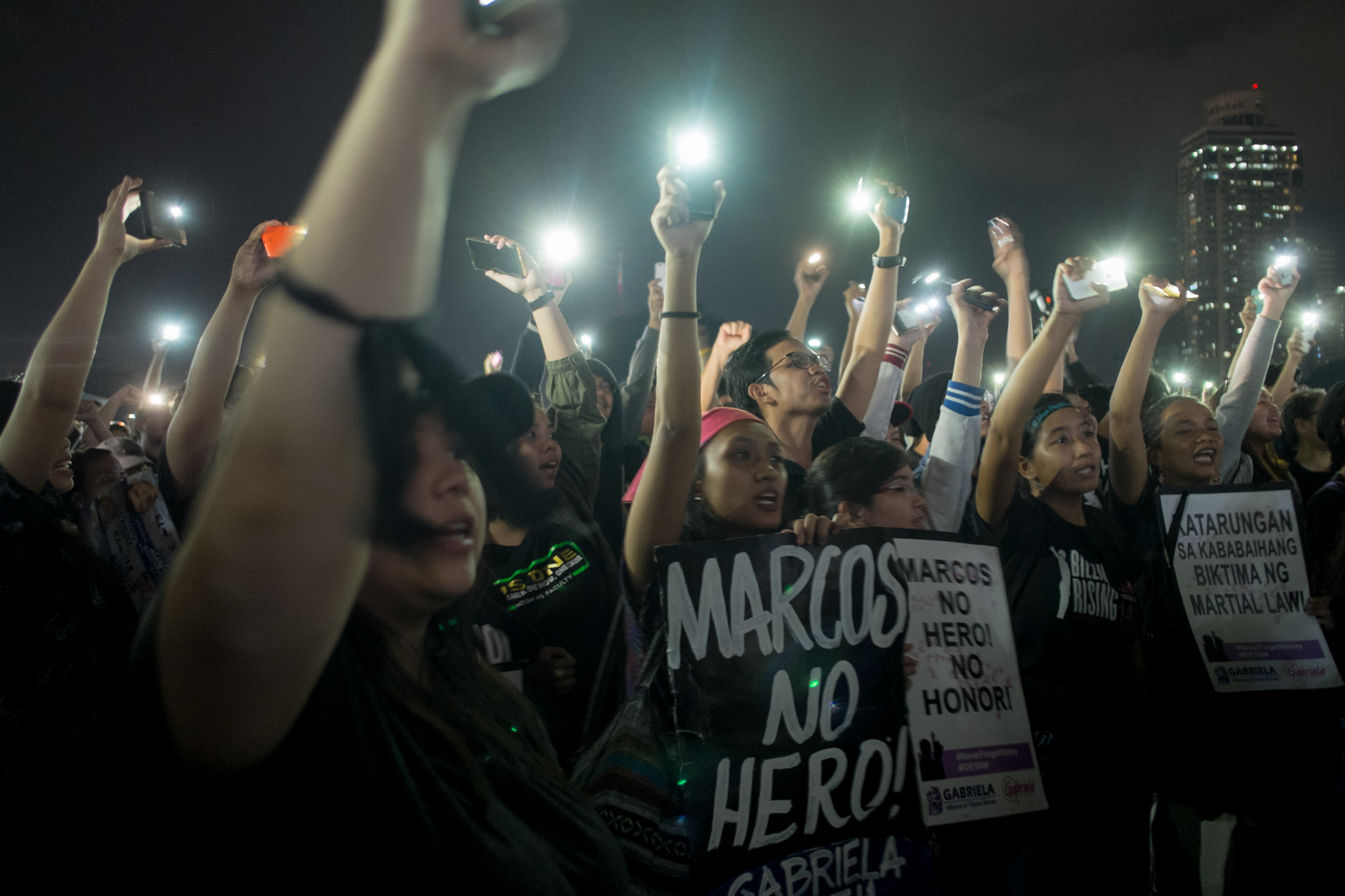 That they’re back in power now, Reyes said, is proof of a corrupt system run by corrupt politicians. 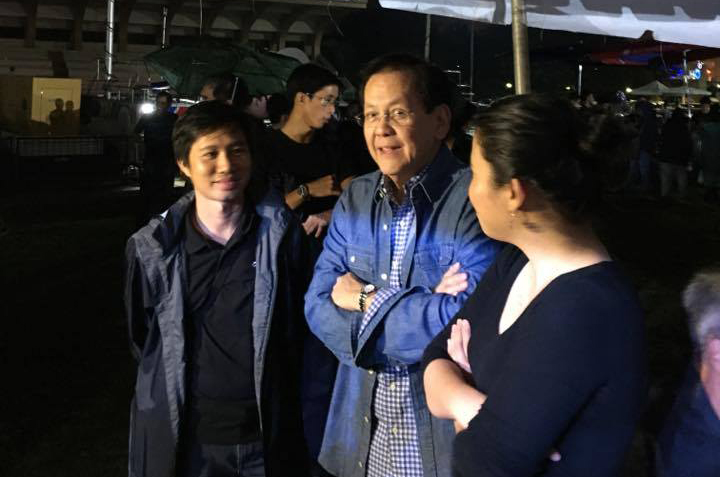 Many veterans of the anti-dictatorship movement in the 1970s and 1980s took the backseat and retreated to the backstage as they watched the young chant and raise clenched fists.

“My 17-year-old grandchild is here, and he doesn’t want to go home yet,” said Editha Burgos, widow of the late press freedom fighter Joe Burgos and mother of the missing activist Jonas Burgos, who was abducted by alleged military agents 9 years ago in Bulacan.

Former senator and ex-Marcos detainee Serge Osmeña stood quietly near the backstage, chatting with reporters and ex-activists every now and then.

Retired journalist and former National Democratic Front spokesman Satur Ocampo came with one of his sons, too.

In his speech, Ocampo proudly introduced himself as a founding member of the Kabataang Makabayan, the underground movement under the dictatorship that formed the backbone of the Communist Party of the Philippines (CPP).

Allied now with the president who buried Marcos at the Libingan ng mga Bayani, the CPP is drawing the line on this issue. Among the Duterte allies who joined the protest were Agrarian Reform Secretary Rafael Mariano and National Anti-Poverty Commission head Liza Masa.

In his speech, Ocampo dared Duterte to end his alliance with the Marcoses. It was a call shared by the rest of the Friday protesters. 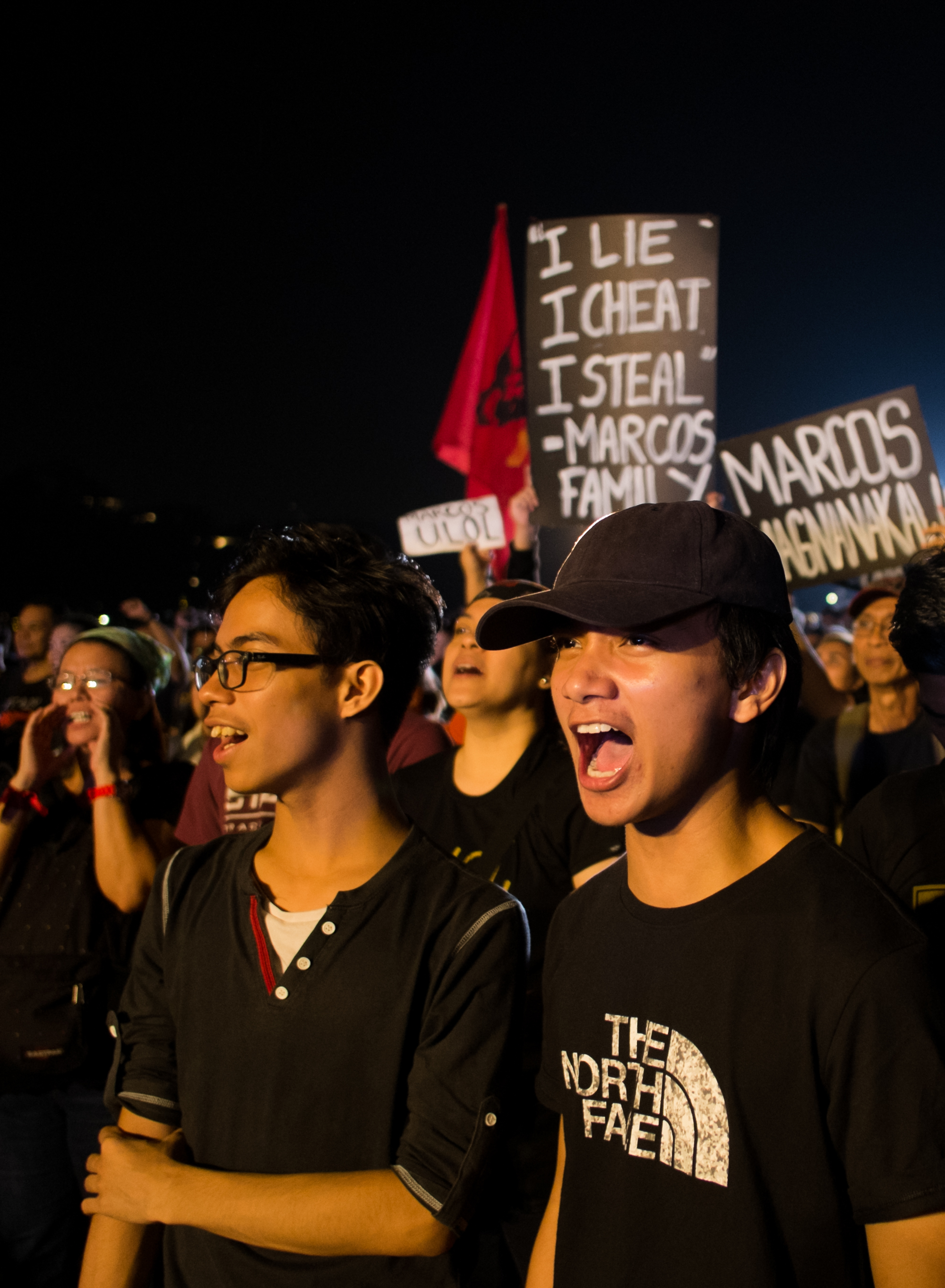 A female student leader of the Batasan Hills National High School went onstage to speak for her school. She warned that Friday’s rally was just the start of the “people’s struggle against fascism.”

The program hosts then asked: “Natatakot ba kayo kay Duterte?” (Are you scared of Duterte?)

“Natatakot ba kayo kay Marcos?” (Are you scared of Marcos?)

To the veterans of the first anti-Marcos movement, it seemed almost unreal that Friday night’s chants and exchanges sounded as familiar as those they heard many decades ago. – Rappler.com