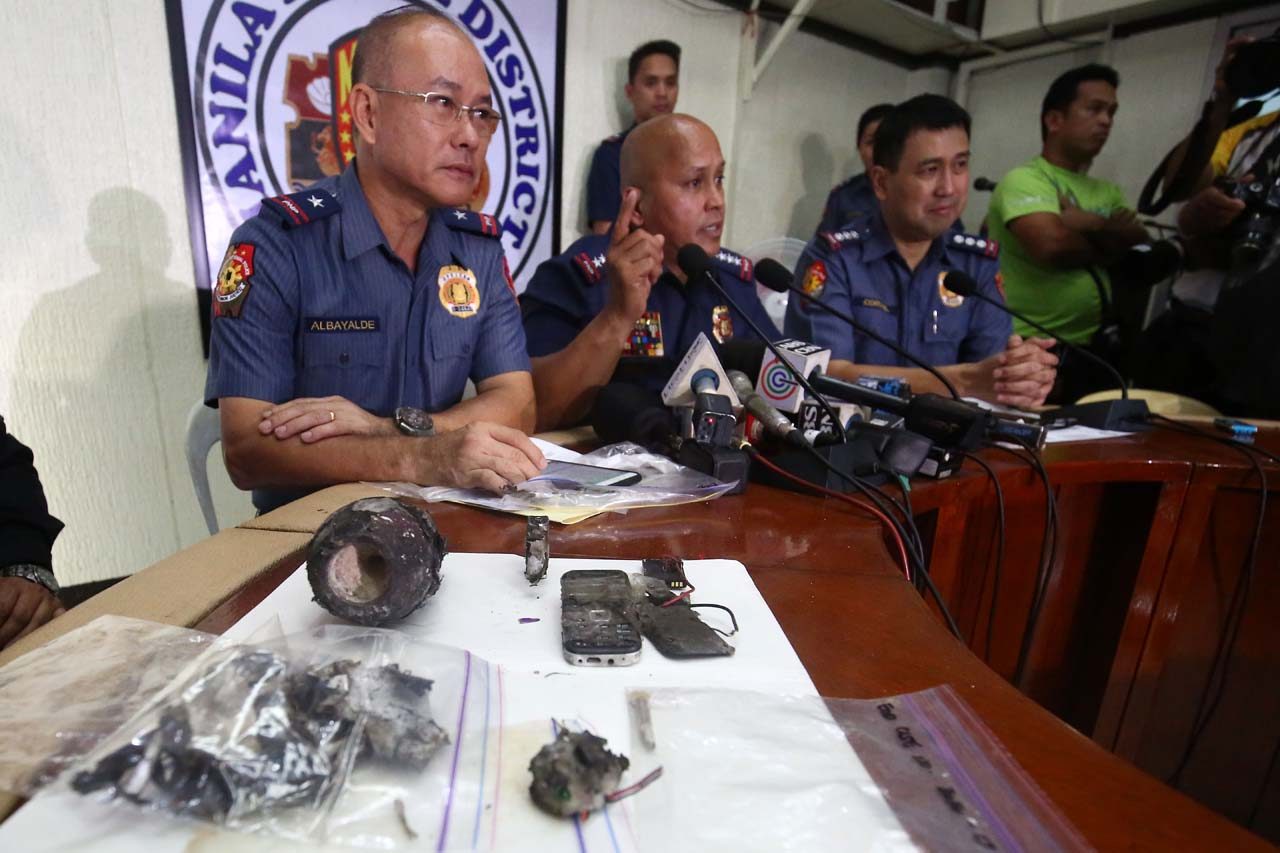 Facebook Twitter Copy URL
Copied
After a bomb is discovered outside the US embassy in Manila, Philippine National Police chief Ronald dela Rosa says they may revive checkpoints

MANILA, Philippines – The chief of the Philippine police force told the public not to panic after a bomb was discovered outside the United States embassy in Manila, but announced that authorities are on heightened security and intelligence alert.

Particularly, the Philippine National Police will ask mall owners to beef up security in their establishments, while the PNP mulls setting up checkpoints again.

“We may revive checkpoints,” he added.

Like the regional police did earlier in the day, Dela Rosa described the improvised explosive device found near the American embassy as similar to the one used in the night market blast in Davao City last September.

He said the design of the IED, its composition, and “the way it is connected” were signature of the Maute terrorist group that is currently the subject of a military offensive in Mindanao.

While “there is no hard evidence yet,” he said, “an argument can be made” that the Maute group was behind the attempted bomb attack.

Dela Rosa said in Filipino, “We can theorize that they are doing this (Manila bomb) as a diversionary tactic.”

The PNP chief said that if the bomb exploded outside the embassy, that would have been considered an “attempted act of terrorism.” – Rappler.com