Diokno: Next anti-Marcos campaign is to educate the youth 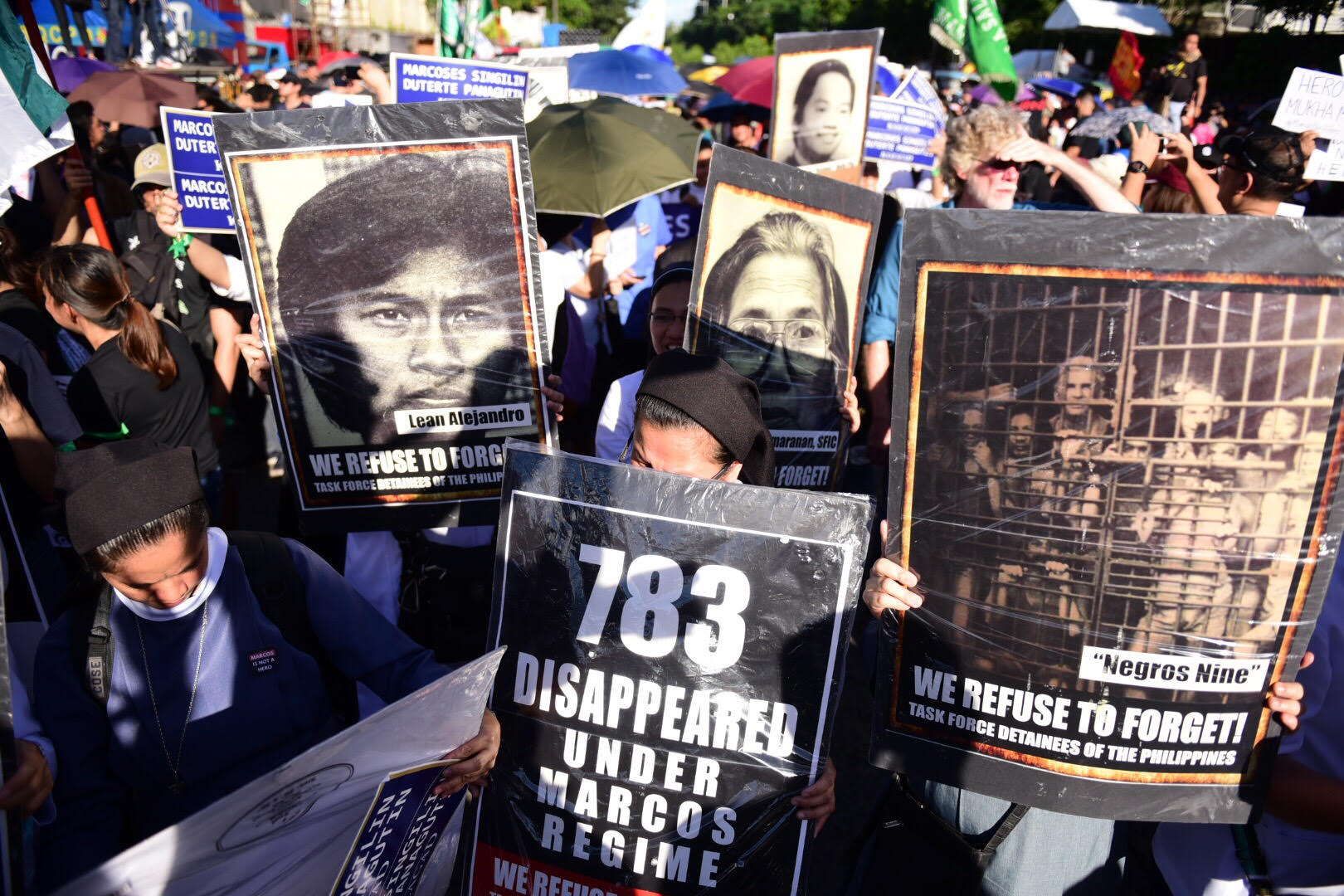 MANILA, Philippines – Her task as the country’s chief historian officially ends on Thursday, December 1. But recently-resigned National Historical Commission of the Philippines (NHCP) Chairperson Maria Serena Diokno’s battle with what she calls historical revisionism is not yet over.

“I’m going to work with some groups to go around schools to talk and discuss. Not so much lecture, but discuss, listen how to young people think, which I think is important,” Diokno told Rappler in a brief interview before the grand anti-Marcos rally on EDSA on Wednesday.

“I have fellow historians and other social scientists who want to join, and we are going to do that. I think it will be interesting and exciting,” she said.

Diokno resigned on Tuesday in protest of former President Ferdinand Marcos’ burial at the Heroes’ Cemetery. She has expressed in her statement that she will join the huge protest organized by the Coalition Against Marcos Burial at the Libingan ng mga Bayani (CAMB-LNMB) at the People Power Monument along EDSA.

This is the rally culminating the series of protests that have erupted since Marcos was buried on November 18.

Last November 25, the Campaign Against the Return of the Marcoses in Malacañang (Carmma) and militant groups led nationwide indignation rallies also critical of the sneaky and hasty burial.

Moving forward from these rallies, the education of the youth about Martial Law must be sustained.

“I want young people to think critically, to analyze so we dont just believe anything,” she said.

Protesters believe that the hero’s burial for the late dictator is an attempt of the Marcos family to redeem their family name and tell their “own version of history.”

Talk to the victims

Historians and educators are rallying behind Diokno’s proposal.

History professor Micahel Charleston Chua, who specializes on Martial Law, agreed that this should be the long-term plan.

Chua is calling on educational institutions not just to teach their students with Martial Law but to also improve the way it is taught. He suggested that teaching this fraction of history can be made interesting by inviting Martial Law victims in class to let them talk about their experiences.

He also encouraged people to read books about the dark authoritarian rule and talk to the victims.

“Speak with victims of abuses so [you] would feel sympathy,” he urged the public. 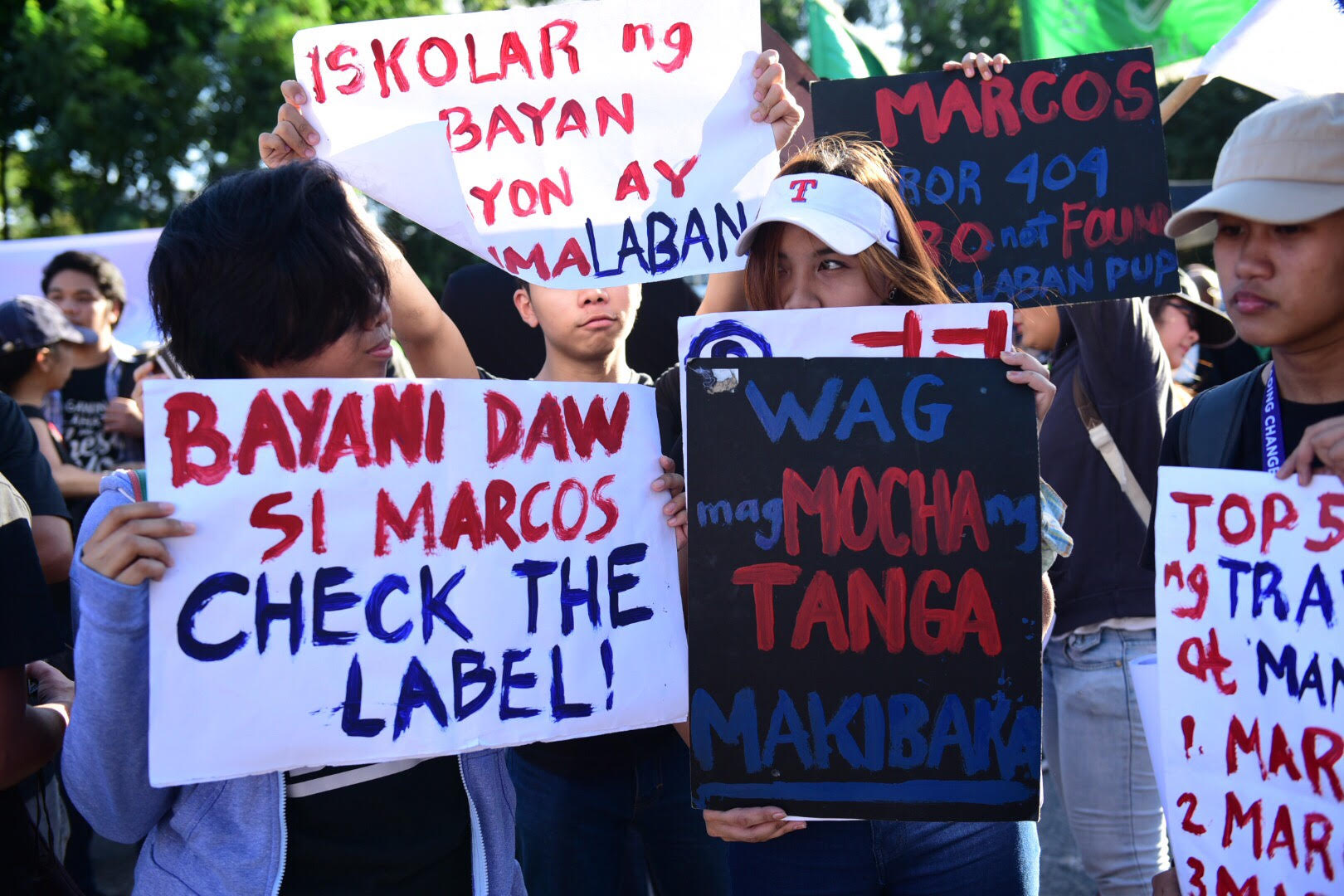 The University of the Philippines (UP) , together with the Ateneo de Manila University and De La Salle University (DLSU), committed to accepting this big task for educators.

In an iconic moment, the heads of these 3 top universities – UP Diliman Chancellor Michael Tan, Ateneo President Fr Jett Villarin and DLSU President Bro Jose Mari Jimenez – went together onstage to express their indignation over the burial.

“A lot of the work really is preventing this revisionism, and UP, of course, is very committed to contributing, and we will work, of course, with Ateneo and other schools. That’s why it was very symbolic that all 3 of us were up on stage a while ago” Tan said.

But Tan is not placing the burden only on historians.

“I want our economists to speak up also about how our economy was driven down,” he said. 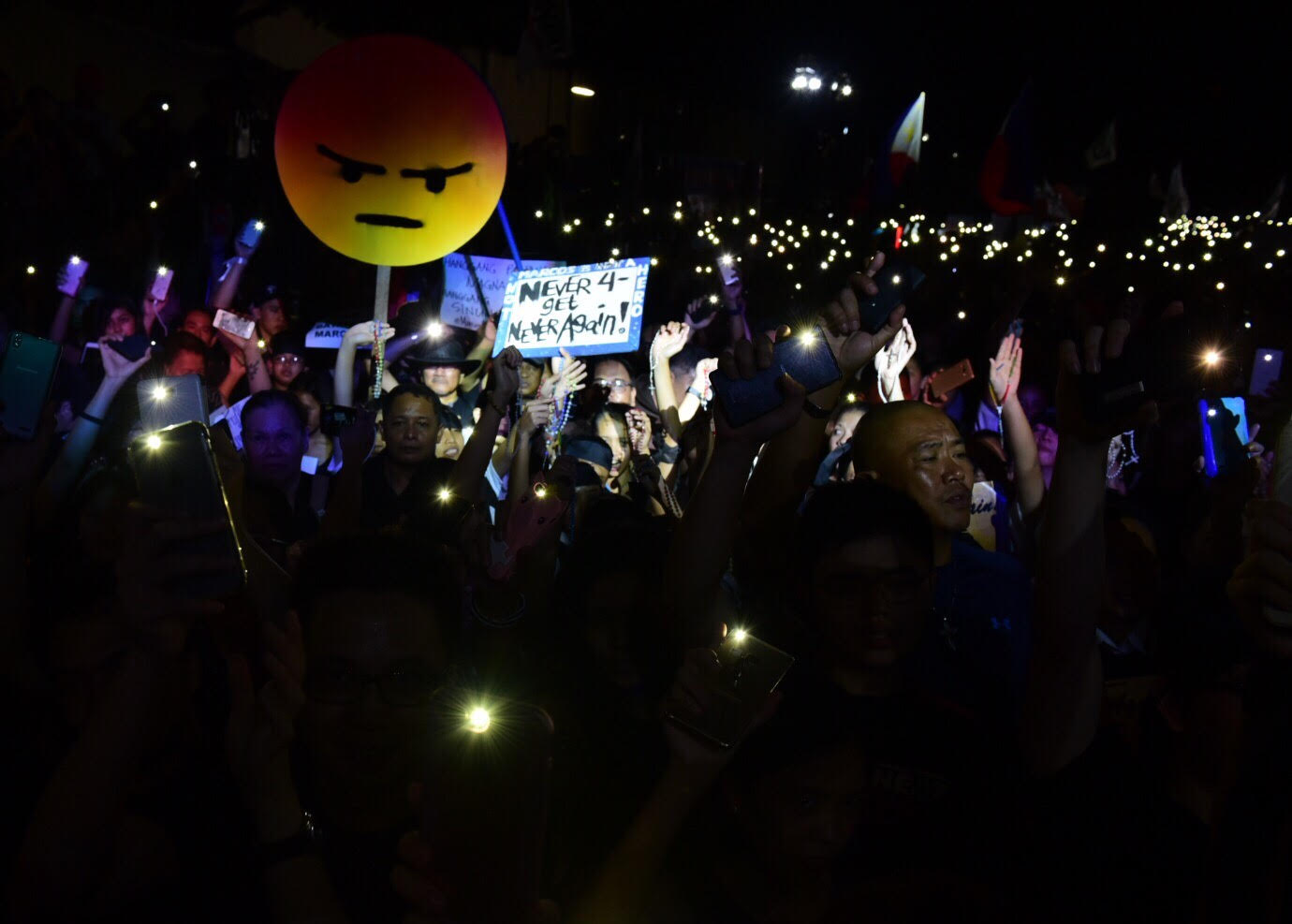 Meanwhile, for artist, activist and Ateneo communications teacher Jim Paredes, this challenge should not be for the eudcators alone.

“It’s [also a challenge] to parents, to millennials who want to be really rooted in the history of Philippines. Even if you want to move forward you must know the truth,” he said.

He likened the future without consciousness of history to entering a dark room.

“It’s like we enter a room thats very dark – thats the future. If we keep on bumping into the same furniture, we’ll not go past that so we need to recognize the truth.”

Paredes said: “Take him out of the Heroes’ Cemetery, hopefully the Marcoses apologize, make amends, return the money and then that part of history can be moved on.” – Rappler.com