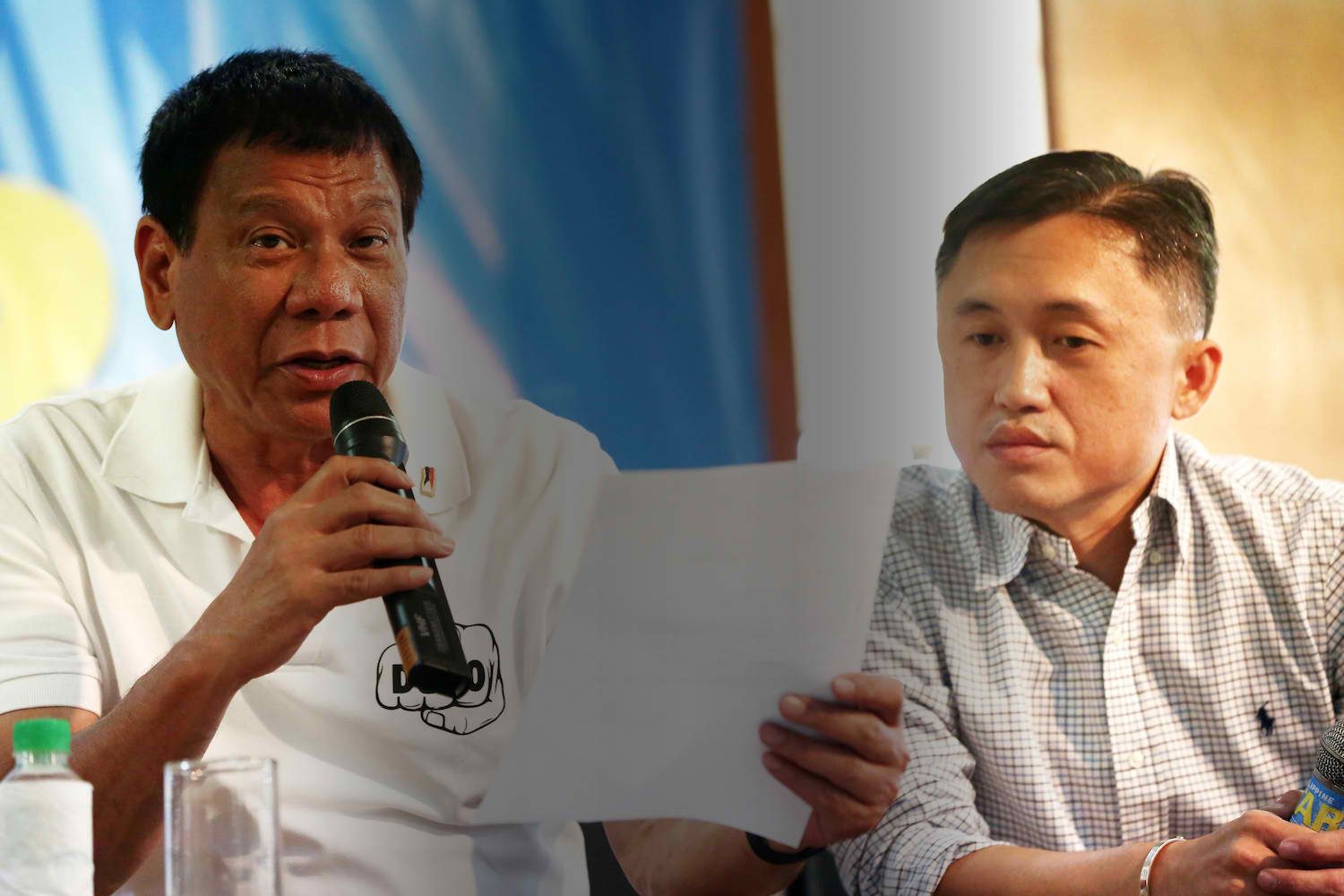 Facebook Twitter Copy URL
Copied
Special Assistant to the President Bong Go denies the allegation, saying he does not interfere with the affairs of the PNP

De Lima, citing her source, alleged that this was an “open secret” among PNP officials.

“Malibel kaya ako (Will I be charged with libel)? I have my own sources. Tao ni Duterte (It’s Duterte’s man). I better do it. What more can they do to me? Bong Go,” De Lima told reporters on Thursday, December 1.

Dela Rosa on Thursday morning revealed that it was his “kumpare (friend)” who had asked him to reinstate Crime Investigation and Detection Group Region 8 chief Marvin Marcos but refused to name him. Marcos was earlier relieved from his post because of his supposed links to the illegal drugs trade in the region. (READ: Dela Rosa: I got orders to reinstate Espinosa protector)

At the news conference, Dela Rosa downplayed his friend’s influence, saying he was “not that influential.” He stressed that while his friend had made the request, he, as PNP chief, made the final decision.

“The allegations are pure hearsay and unsubstantiated,” Go said in a statement.

“I cannot recall having met former CIDG Region 8 Head Superintendent Marcos and I don’t know him personally. I did not ask General Bato to reinstate him. I also do not interfere with the affairs and functions of the PNP,” he added.

“He’s always been powerful since Davao days. What more could they do to me now?” De Lima said, referring to possible retaliation from the Duterte administration because of what she had divulged. (READ: The public trial of Leila de Lima)

De Lima is at the center of a congressional inquiry sparked by President Rodrigo Duterte’s allegation that she facilitated the illegal drug trade at the New Bilibid Prison when she was justice secretary. She had denied the allegation.

A source close to the Duterte camp earlier told Rappler that it was Malacañang that has “direct ties” with the group of Marcos. A senior police official close to Marcos reportedly has direct access to the President through Go.

Go has been the close-in aide of Duterte since his stint as Davao City mayor. (READ: The man they call Bong Go)

Any politician or journalist will tell you that, to get to Duterte, you need to go through Go first. Even the White House had to call him first.

Go, in an interview with Rappler, said Duterte trusts him to make decisions since he knows what the President likes and doesn’t like. “So far, I don’t think I’ve decided in a way he doesn’t like,” he earlier said.

Senators had earlier faulted the Marcos-led team in the operation that led to the death of Albuera mayor Rolando Espinosa Sr in his Leyte jail cell, calling it a case of extrajudicial killing. Duterte, however, cleared the police team, saying he believed its version of the story.