Robredo on HUDCC stint: No one can say I didn’t give it my all

Dec 6, 2016 11:10 AM PHT
Patty Pasion
Facebook Twitter Copy URL
Copied
'I think everyone in the Cabinet, maybe even those who don't like me, would say that I showed how hardworking I am, that I showed how I fought for housing issues,' says the Vice President 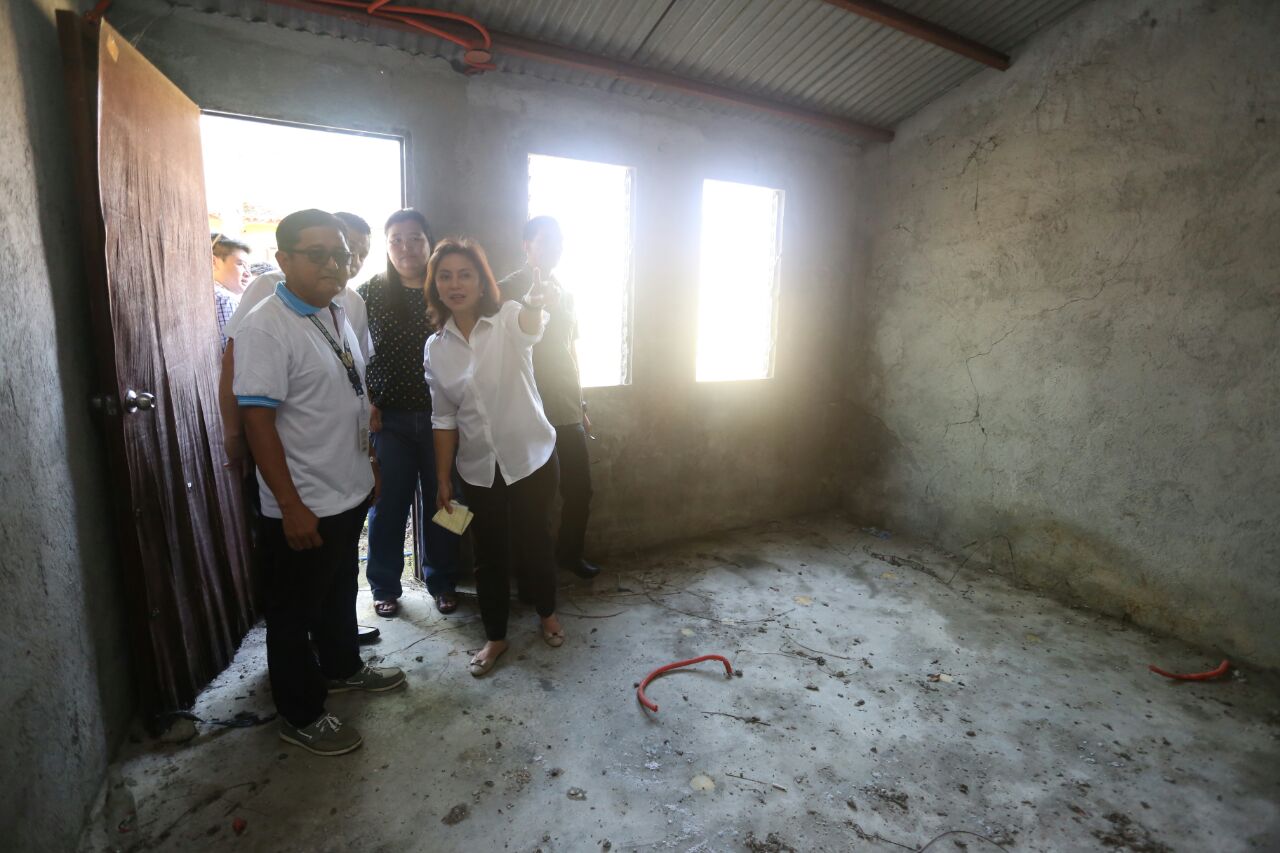 MANILA, Philippines – “I don’t think even the President or anyone in the Cabinet can say na nagkulang ako (that I did not give it my all).”

Vice President Leni Robredo believes her performance during her short stint as the chairperson of the Housing and Urban Development Coordinating Council (HUDCC) was not a source of conflict.

(Even if you ask all the housing agencies, I’m probably the only HUDCC chair who personally attended all board meetings. I’m the HUDCC chair who spends most workdays holding office there.)

Based on a list provided by HUDCC, Robredo’s accomplishments during her 5-month stint include the following:

Robredo also led the signing of a memorandum of agreement with the Bureau of Internal Revenue (BIR) and the National Housing Authority (NHA) to fast-track the issuance of a Certificate of Tax Exemption, which is needed for socialized housing projects.

On the Vice President’s Facebook page, her team also posted on Monday a photo album providing a summary of her accomplishments as housing czar.

Despite these listed accomplishments, there are critics who say the Vice President completely failed to cut the housing backlog. Robredo earlier said the backlog could hit up to 5 million this year. (READ: Robredo’s goal: Address 1.4-M housing backlog, less steps)

“There are thousands of idle housing units that can be freely distributed to those in need. Millions are being paid in unjust amortization costs. Profit instead of housing rights have ruled the policy trends of shelter agencies,” said urban poor group Kadamay in a statement.

Kadamay also criticized Robredo’s decision to partner with the private sector to build “decent and affordable” homes either near or within the city. (READ: Robredo eyes private partnership to address housing backlog)

“She called for greater participation of the private sector in socialized housing which is as contradictory as it sounds. This policy has given rise to soaring amortization rates and inaccessible housing units for the poor,” the group said.

Kadamay also raised the lack of water and utilities in housing units provided by the government.

Robredo earlier acknowledged that water and utilities in relocation sites were problematic. She had planned to resolve this and other housing issues through a comprehensive housing roadmap being crafted together with the World Bank, which they were aiming to complete by the first quarter of 2017. (READ: Robredo orders inventory of housing data to beat backlog)

Even if she resigned from HUDCC, Robredo said housing will still be among the advocacies of the Office of the Vice President. Her other priorities include food security, rural development, public health care, and education. – Rappler.com