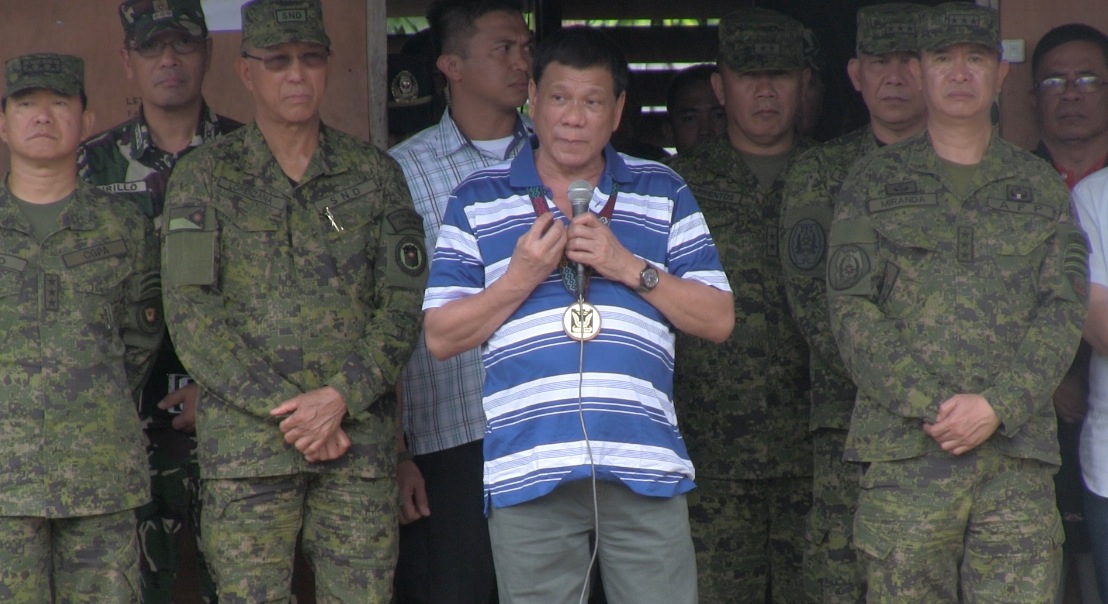 MANILA, Philippines – President Rodrigo Duterte warned that the Islamic State of Iraq and Syria (ISIS) plans to establish a caliphate encompassing the Philippines and other Southeast Asian countries.

“Yung mga ISIS diyan ngayon, mga extremists they’re fighting it out in Aleppo and Mosul in Syria and Iraq. Once mawalan ng landbase ‘yan, paatras nang paatras sa dagat, magsibatan na ‘yan, and they have this dream of a caliphate, a kingdom that would comprise Indonesia, Philippines, Malaysia and Brunei,” said Duterte on Wednesday, December 7.

(The ISIS, the extremists, they’re fighting it out in Alepoo and Mosul in Syria and Iraq. Once they lose a landbase and move back close to the sea, they will leave, and they have this dream of a caliphate, a kingdom that would comprise Indonesia, Philippines, Malaysia and Brunei.)

The President was giving a speech at the Urban Poor Solidarity Week celebration in Mandaluyong City.

Because of this threat, Duterte said his next priority will be to crack down on terrorism.

“The next adventure I will embark on is terrorism. Be prepared for that...’Yan ang kinatatakutan ko (That is what I’m afraid of),” said the President.

An exclusive Rappler report showed that ISIS may have plans to establish a wilayat or province of a caliphate in Mindanao. It would be the first recognized satellite extension of the caliphate in Southeast Asia.

Local terrorist groups like the Maute group and Abu Sayyaf have pledged allegiance to ISIS. There have been recent terror incidents like the September Davao City bombing, occupation of a Lanao del Sur town by the Maute group, and attempt to plant a bomb near the US embassy in Manila.

Terror incidents led Duterte to declare a state of national emergency and the Philippine National Police to put themselves under terror alert level 3.

Duterte repeated his observation that the supply of drugs seems to be decreasing due to his administration’s campaign against illegal drugs. But this does not mean he will be complacent.

(The drug supply is being lessened. But that does not mean, just because it is watering down that I would not – as I said, until the last day of my presidency, I will go after you.)