CHED in limbo after Duterte order to Licuanan 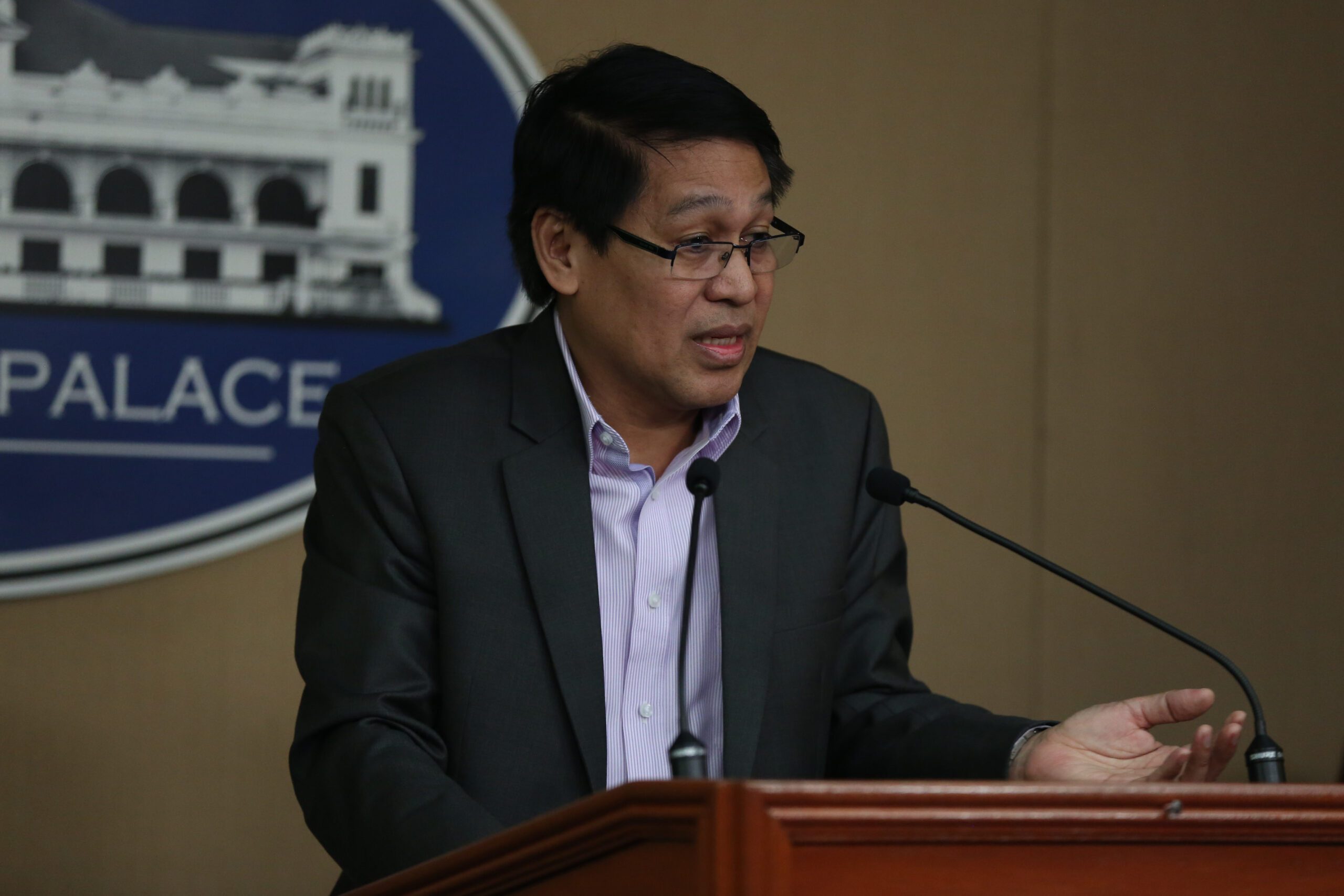 MANILA, Philippines – There is a “wait-and-see” and “difficult” situation in the Commission on Higher Education (CHED) after its chairperson, Patricia Licuanan, was told to stop attending all Cabinet meetings of the Duterte administration.

This was revealed by CHED Executive Director Julito Vitriolo during a press briefing at Malacañang on Thursday, December 8.

“Right now, it’s a wait-and-see situation really, because we have to get a definitive action also from higher authorities on the situation. I must admit, it’s really hard to…and difficult to work in a way because no less than the President has spoken or has acted on this situation,” Vitriolo said.

He said there is “ambivalence” about the exact situation in the commission after President Rodrigo Duterte’s order.

Asked what exactly the commission is waiting for, Vitriolo said the “difficult” situation requires “some kind of definitive action” from “higher authorities” or from the President.

CHED, after all, is an attached agency of the Office of the President.

“Because if you knew once the action, the previous events, it would be difficult for our chair to function in the sense that she used to be a part of the Cabinet. And now, she cannot become a Cabinet member, it will affect the organization,” he added.

CHED, Vitriolo said, would like answers to practical questions such as the current status of Licuanan, and who will attend Cabinet meetings in her behalf.

“For us, the sooner this is clarified the better because in the process…our agency, the institution will suffer in the long run. Because as I said, executive departments are under the control, the power of control of the Chief Executive, the President and definitely it has to be resolved somehow,” he added.

Licuanan was reportedly told to stop attending the Cabinet meetings because of “irreconcilable differences” with the President.

Malacañang said Licuanan did not submit her courtesy resignation even after the issuance of the memorandum circular asking officials appointed by former President Benigno Aquino III to resign.

The August 22 memorandum circular asked presidential appointees to tender their “unqualified courtesy resignations” within 7 days in view of “the president’s desire to rid the bureaucracy of corruption and to give him a free hand in achieving this objective.”

Presidential Spokesman Ernesto Abella said the order applied to Licuanan as well even though she is a fixed-term official. Reappointed in 2014 by Aquino, Licuanan is supposed to serve until 2018.

“So if that trust and confidence is not there anymore, if a Cabinet secretary is not being asked to attend Cabinet meetings and that link is not there, so I don’t see how…. Just like what [Vice President] Leni [Robredo] mentioned, it would be hard to perform effectively. And, you know, as a student of law, that’s practically, you know, terminating that relationship.”

Vitriolo said this is the first time in his entire stay in CHED that the commission’s chairperson was asked not to attend Cabinet meetings. (READ: Duterte’s circle spreading ‘intrigues’ about fixed-term officials)

Asked about the policies Duterte and Licuanan disagree on, Vitriolo said he doesn’t know and that it’s between the President and the chairperson.

“For Cabinet secretaries, it’s easier to disappoint because for Cabinet secretaries it’s only based on trust and confidence as the alter ego. The President…doesn’t have to state the reason. You can be replaced with or without reason. But…it’s a political question so, as I said, we are all part of the executive department and the Chief Executive is the President and we bow to his wishes,” he added.

Licuanan to continue work as chair

A source from the Office of the CHED chairperson said Licuanan is already seeking a meeting with the President.

In a statement signed by Licuanan on Thursday, CHED explained why the chairperson did not submit a courtesy resignation.

CHED said the President himself in a June 13 one-on-one meeting “personally assured” Licuanan that “he would respect her term of office.” She was even instructed to continue doing her job.

She was also invited to attend Cabinet meetings beginning the 2nd meeting on July 11 up to the 8th meeting on November 3.

“Throughout this period, Dr Licuanan has been faithful in fulfilling her duties as CHED chairperson, and, recognizing her role as a member of the official family of the President, has been responsible and circumspect in making public statements that may in any way be misconstrued as being against President Duterte, primarily as a result of her being an appointee of then President Benigno S. Aquino III,” the statement read.

CHED pointed out that Licuanan’s term, based on Republic Act 7722, makes her not co-terminus with the appointing authority.

It also pointed out that the CHED chairperson is not confirmed by the Commission on Appointments, unlike other Cabinet appointees.

While CHED respects the President’’ order, it noted that historically, the commission has functioned effectively even without being part of the President’s Cabinet, as in the case during the time of Presidents Fidel Ramos, Joseph Estrada, and Gloria Macapagal-Arroyo.

“With this, we would like to reiterate Dr Licuanan’s commitment to continue her work as CHED chairperson, and are assured by recent statements from Presidential Spokesperson Ernesto Abella that the commission will continue to be supported by the Duterte administration,” the statement read.

“The commission has and will continue to support the Duterte administration’s goals, aligning higher education policies and programs to the ten-point socio-economic agenda of the current government.” – Rappler.com