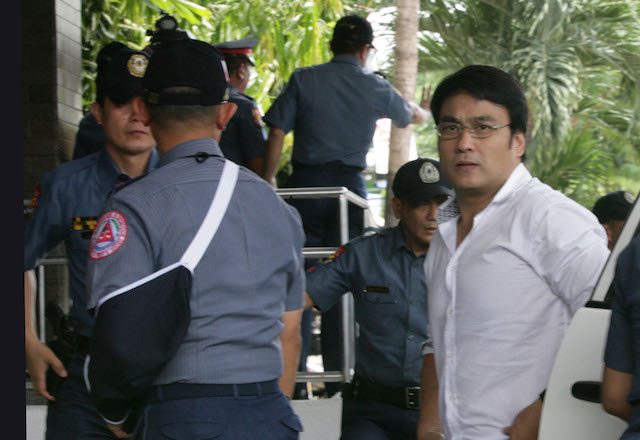 Revilla, who is under trial for plunder, left his detention cell in Camp Crame on Friday afternoon to spend time with former senator Ramon Revilla St at the St Luke’s Medical Center in Bonifacio Global City.

The Sandiganbayan’s 1st Division allowed Revilla to visit his father from 2 pm to 8 pm on Friday, subject to several conditions, among them, that his police security had control and supervision over his use of communication and electronic gadgets.

He was also barred from granting media interviews.

The court allowed him to visit his father at the hospital last year.

Revilla is one of 3 former senators facing plunder complaints for allegedly diverting their discretionary funds into fake non-governmental organizations in exchange for kickbacks. (READ: Pork tales: A story on corruption) – Rappler.com