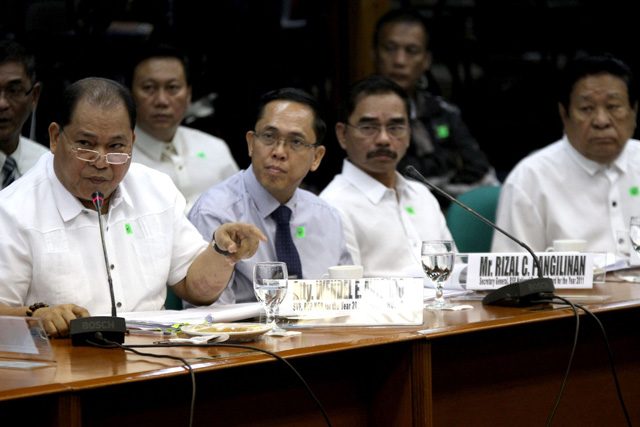 MANILA, Philippines – President Rodrigo Duterte has assigned a presidential assistant to oversee the resettlement of families affected by Super Typhoon Yolanda (Haiyan), which wreaked havoc over central Philippines in 2013.

Presidential assistant Wendel Avisado has been tapped to oversee the ongoing implementation of housing projects for Yolanda survivors, a little over a month after Duterte lamented the slow progress of housing assistance and shelter to the victims of the most powerful storm to hit land.

Avisado was former Davao City administrator from 2004 to 2010, when Duterte was also mayor.

Avisado is also the national president of the Boy Scouts of the Philippines (BSP), replacing former vice president Jejomar Binay, who headed the BSP for 18 years. Avisado was also assistant secretary of the Housing and Urban Development Coordinating Council, which Binay had also headed.

The links between the two were questioned by lawmakers last year when the Senate investigated an allegedly anomalous deal between the BSP and property developer Alphaland.

In a Facebook post on Saturday, December 17, the Office of the Presidential Assistant for the Visayas (OPAV) said Avisado’s appointment will ensure that the resettlement work is sustained.

“In 3 years only 1,500 households have been resettled. The President wanted to fully transfer everyone in the danger zone,” OPAV said.

As of December 16, OPAV said 1,515 families have been transferred to their new homes in Northern Tacloban.

More families are expected to be relocated before Christmas as soon as electricity and water supply connections are ready in the other relocation sites.

On the 3rd anniversary of the super typhoon last November, Duterte ordered his officials to fast-track the provision of housing aid, saying he wants to see survivors provided with houses by December.

The typhoon left more than 6,000 people dead and over one million houses damaged. (IN NUMBERS: 3 years after Super Typhoon Yolanda)

Vice President Leni Robredo, who recently resigned as chief of the Housing and Urban Development Coordinating Council, had earlier said she was eyeing the completion of housing for Yolanda survivors by 2018. – Rappler.com