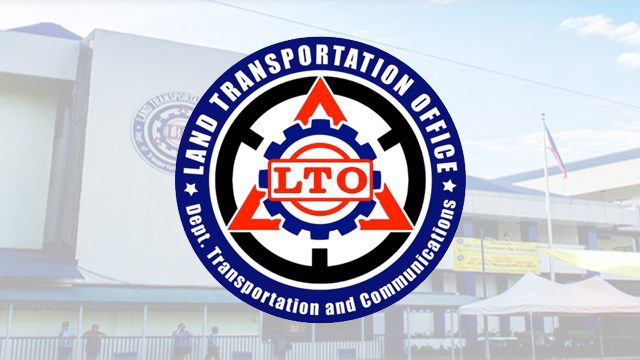 MANILA, Philippines – Are you among the hundreds of thousands of drivers in Metro Manila still waiting for your plastic license card?

The Land Transportation Office (LTO) announced in a press release on Sunday, December 18, that the driver’s license cards will finally be available starting Monday, December 19.

“The Metro Manila release of the cards will erase 700,000 of the 3-million backlog in 3-years valid driver’s license cards. Rollout in other regions will follow, and is expected to be completed by February 2017,” the LTO said.

The cards, added the LTO, are for those who applied for or renewed their driver’s license between January 1 and October 16 this year.

The cards will be released at the LTO’s 36 licensing offices in Metro Manila.

“I would like to caution all the claimants that they need not pay a single centavo to claim their driver’s licenses since they have already paid for it,” Galvante was quoted as saying. (READ: Do you know how to apply for a driver’s license?)

Back in 2013, controversy hounded the production of driver’s license cards, which was then handled by Amalgamated Motors Philippines Incorporated (AMPI). The Commission on Audit (COA) found that there was no legal basis for AMPI to continue making the cards, as its contract with the LTO already expired in 2006.

COA affirmed its findings last October, and asked the Office of the Ombudsman to investigate the alleged irregularities.

The controversy led to a shortage in driver’s license cards. Motorists had to use their receipts from the LTO as temporary licenses, stamped only with a validity period. – Rappler.com