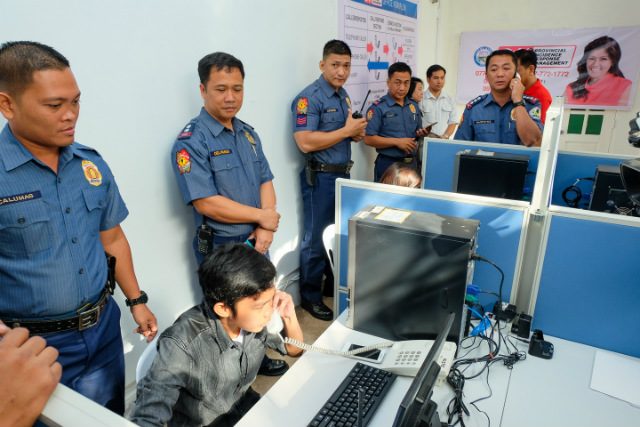 MANILA, Philippines – The provincial government of Ilocos Norte recently launched its very own quick response hotline as part of its efforts to address local emergency cases.

The Provincial Incident Response Management (PIRM) 911, which was launched on Thursday, December 22, seeks to streamline the communication between the public and safety agencies and other law enforcement authorities in the province.

According to Police Provincial Director Melencio Nartatez, the immediate implementation of 911 will bring much anticipated improvements in addressing emergencies, such as quicker response time, among others.

Ilocos Norte joins Davao City and a handful of local government units in Metro Manila – such as Taguig City, Quezon City, and Makati City, among others – that have established hotlines for emergencies. (READ: PH-wide 911: Birth pains, long-term dreams)

The national government, meanwhile, has 8888 as the 24-hour hotline for citizen complaints handled by the Civil Service Center (CSC), while 911 is linked to the Nationwide Emergency Response Center.

Ilocos Norte Governor Imee Marcos assured her constituents that the local hotline will bring better and faster services, with authorities responding ideally within 5 to 7 minutes – the “benchmark” of Davao City.

“I’m hopeful that this will actually come to flourish even with this buko-buko, tagpi-tagpi na Ilocano style – whatever we have, we use in the meantime,” she said. – Jodesz Gavilan/Rappler.com