7 hurt in another Cotabato blast 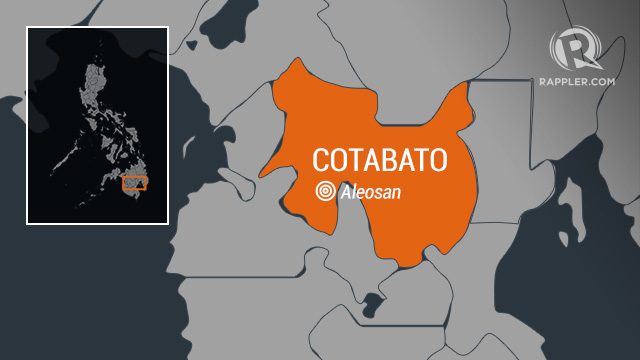 MANILA, Philippines – Seven civilians were injured in a blast in Aleosan, Cotabato in southern Philippines Wednesday evening, December 28, days after a Christmas Eve explosion at a nearby town. (READ: 13 hurt in Christmas Eve blast in Midsayap, Cotabato)

The roadside grenade exploded at 9:30 p.m. as a truck was passing by the highway on Sitio Bliss in barangay Pagangan, injuring its 7 passengers, according to a military report.

The victims were identified as the following:

The military and police are investigating the incident.

Meanwhile, the social welfare department said on Saturday, December 31, that it has extended financial assistance worth P5,000 each to the injured victims Alipa and Tahir. Tantos was referred to the Cotabato City Medical Center, while the rest were considered outpatients.

The roadside blast ocurred the same night as explosions hit the town plaza of Hilongos, Leyte in central Philippines. Over 30 civilians attending the annual fiesta celebration were injured. – Rappler.com