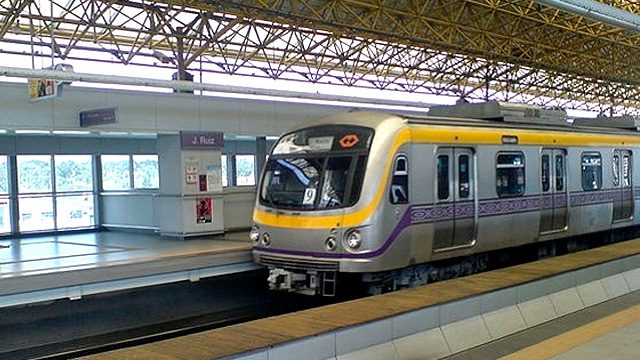 Facebook Twitter Copy URL
Copied
One of the favorite generals of former president Gloria Macapagal-Arroyo, Reynaldo Berroya is back in harness

LRTA said in a statement on Thursday, January 5, that its board of directors has “unanimously elected” Berroya as LRTA administrator. (READ: LRT2 East, West extension projects to be completed in 2019)

Before being elected as the chief of two state-owned railway systems, Berroya was appointed by President Rodrigo Duterte as member of the LRTA board.

The former intelligence chief of the Philippine National Police (PNP) has a checkered history in the police force.

Under former president Joseph Estrada, he was named commander of one of the anti-kidnapping units of the now-defunct Presidential Anti-Organized Crime Commission. But he was sacked for his alleged links to kidnap gangs.

Berroya was sidelined in the PNP throughout the term of his nemesis, former PNP chief and now Senator Panfilo Lacson.

It was former president Gloria Macapagal-Arroyo who resurrected Berroya’s career in the PNP. Soon after she assumed power in 2001, she named Berroya as head of the PNP Intelligence Group.

After his retirement from the PNP, he was appointed head of the Land Transportation Office – also by Mrs Arroyo.

Under the new rules set by the Governance Commission for Government Owned or Controlled Corporations, heads of government–run corporations are chosen from among and by the members of their respected boards. (READ: DOTC to increase LRT1 capacity by 2018)

The LRTA board of directors is composed of 7 ex-officio members from the Cabinet:

Before Berroya’s appointment to the LRTA board, he served as general manager of Metro Rail Transit Line 3, chief of the Land Transportation Office, as well as undersecretary for communications at the transportation departmen of previous administrations.

Berroya vowed to institute reforms and improvements in LRTA to “better serve” the riding public.

“I’m committed to support [Transportation] Secretary Arthur Tugade’s initiative to improve the conditions of our mass transit system in order to provide a safe, reliable, efficient and convenient travel to our commuters,” Berroya said.

DMCI Holdings Incorporated of construction magnate Isidro Consunji has bagged the deal to build a 3.9-kilometer elevated guideway for the LRT2 East extension from its current end-station in Santolan to Masinag, with a winning bid of P2.27 billion.

Two additional stations will be built by DMCI: Emerald Station in Cainta and Masinag Station at the Masinag Junction in Antipolo – which are expected to be operational by yearend. – Chrisee dela Paz/Rappler.com